Keep Your Eye on Swaziland 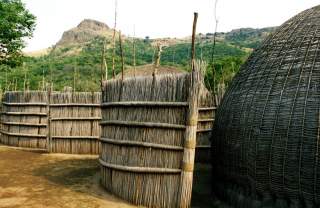 Swaziland, a small landlocked country in Southern Africa, has a knack for making the news, and, more often than not, for the wrong reasons. However, a financial crisis in 2011 and the suspension of the kingdom from the U.S. African Growth and Opportunity Act (AGOA) have created an impetus for reforms. While Swaziland is unlikely to become a Jeffersonian democracy anytime soon, economic liberalization could result in improved standards of living in Swaziland, more political freedom and readmission of the kingdom into the AGOA.

Swaziland is Africa’s last absolute monarchy, but King Mswati III, who came to power in 1986, continues to be respected by large segments of what is a very conservative African society. As such, political changes in the kingdom, whatever they may be, are likely to be incremental, rather than revolutionary.

The state of the economy, however, requires urgent attention. The kingdom has a 40 percent unemployment rate, and the government is heavily dependent on tariff and excise revenue collected, on Swaziland’s behalf, by the Southern African Customs Union. Other sources of revenue include exports of sugar and remittances from Swazi workers abroad. To make matters worse, the HIV/AIDS epidemic is the world’s greatest.

That said, Swaziland has some important advantages. Primary education, for example, is universal and enrollment in secondary education hovers around 60 percent. The country is home to a highly productive commercial-farming sector, as well as a respectable telecommunication and road network.

The kingdom has managed to build and maintain an independent judiciary with the High Court and the Court of Appeals staffed with retired South African judges. According to the Economist Intelligence Unit, “there is no evidence of recent government interference in court judgments.” An independent judiciary is a crucial requirement for economic growth, which Swaziland needs. Businesses, not to mention ordinary people, need to be aware and certain of impartial resolution of disputes, enforcement of contracts and security of property rights.

Unfortunately, Swaziland’s overall business environment is in dire need of reform. The country ranked 123rd out of 185 countries surveyed by the World Bank’s Doing Business report in 2013. Similarly, Swaziland ranked 95th out of 152 countries surveyed by the Fraser Institute’s Economic Freedom of the World Index in 2012. Thus, while Africa has enjoyed an average growth rate of 5 percent per year since the start of the new millennium, the kingdom’s economy has only grown at 2 percent per year.

Then, earlier this year, U.S. President Barack Obama suspended Swaziland from the African Grown and Opportunity Act (AGOA), citing a lack of democratic reforms. The AGOA allows for preferential treatment of exports from selected African countries to the United States. Some analysts worry that, without such preferential treatment, Swazi exports—especially those from its garment industry (a commercial enterprise that employs tens of thousands of people)—will no longer be competitive with those produced in Asia.

The Swazi establishment saw the writing on the wall and accordingly came up with an ambitious five-year program of action entitled, “Development Unusual: The Route to the First World Kingdom.” The program envisages extensive reforms taking place between 2013 and 2018. The reforms, the government hopes, will propel the kingdom into the top sixty countries ranked on ease of doing business, increase growth to 5 percent per year and reduce unemployment to 15 percent.

Simplification of bureaucratic procedures and deregulation should make Swaziland more attractive to domestic and foreign investment. Experience suggests that it would also diminish corruption that, according to Transparency International, ranks Swaziland in 82nd place out of 177 countries surveyed.

Will the Swazi reforms be implemented, or will they be suffocated by special interests and bureaucratic inertia? Only time will tell. For now, suffice it to say, the Swazis have done a decent job identifying the source of their problems and the way forward. Economic reforms have lifted many a developing nation from poverty. However, if the Swazi government does not follow up its words with actions, it will have no one but itself to blame for the consequences.

Marian L. Tupy is a senior policy analyst at the Cato Institute’s Center for Global Liberty and Prosperity in Washington, D.C.