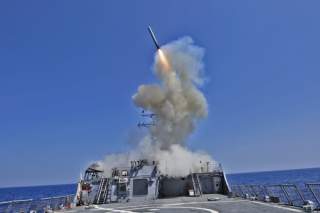 “Hans Blix had five months to find weapons. He found nothing. We’ve had five weeks. Come back to me in five months. If we haven’t found any, we will have a credibility problem.”

In response, the Crooked Timber blog declared April 22 “Krauthammer Day,” so that each year we could reflect on Krauthammer’s perspicacity and the powerful sense of accountability and stewardship that pervades America’s foreign-policy establishment.

In that spirit, I suggest we declare August 24 “Slaughter Day,” to commemorate former State Department director of policy planning Anne-Marie Slaughter’s August 24, 2011 Financial Times piece entitled “Why Libya Sceptics Were Proved Badly Wrong.” According to Slaughter, “the real choice in Libya was between temporary stability and the illusion of control, or fluidity and the ability to influence events driven by much larger forces.” Having chosen the latter, Slaughter said, it wasn’t too early to judge the Obama administration correct and the skeptics wrong.

Slaughter’s account of the initial debate over the war includes several arguments: according to her, the advocates claimed Washington had a “strategic interest” in demonstrating to the under-thirty populations in the Middle East that we “live up to [our] values”; Washington needed to assert its belief that “effective leadership must come from the centre,” which is America; and the intervention emphasized U.S. relations with “social forces,” not just states, which was an overdue change.

I don’t remember those arguments featuring in the debate. The main skeptic argument was that even after the U.S.-led coalition regime-changed Qaddafi, stability, unity and liberalism were likely to be elusive. Stephen Walt surveyed the social-science literature on foreign-imposed regime change and judged,

“the probability that our intervention will yield a stable democracy is low, and … our decision to intervene has increased the likelihood of civil war. Heading off that possibility is likely to require a costly and extended international commitment, which is precisely what the people who launched this operation promised they would not do.”

Three years on, it’s worth a look at Libya and an effort to determine just how wrong the Libya skeptics were. So let’s start with the economy: According to Morgan Stanley, 2014 will see Libyan oil production above 25 percent of what it was under Qaddafi. Unemployment among youth ages 15-24 is 24 percent.

Keep in mind: the economy is the optimistic part of the picture. Politically, the country is riven by sectarian violence and instability. Bombs continued dropping this week in Tripoli. The good news is that Islamist militias seemed to be the target. The bad news is that neither the Libyan government, nor the United States knows who did the bombing. Assassinations of high-ranking officials are commonplace. The central government itself, whose writ doesn’t extend nearly across the country, is highly unstable. There have been six different prime ministers since Col Qaddafi was extrajudicially killed. (It’s tough to think of a guy much more deserving of such a fate, but one would think the deposed dictator being violently sodomized on the way to his assassination was a peculiar way to “live up to our values” in the eyes of foreigners.)

Roughly 250,000 men roam the country in nonstate militias. The U.S. embassy and United Nations have both recently closed down operations in the country and removed their missions. The country is awash in weaponry that is held by the full array of nonstate groups, as well as the central government. Economically, politically, militarily and socially, Libya is in chaos. This is precisely what skeptics warned about.

Beyond reflecting on Slaughter’s victory lap, it’s worth making a few other points. First, President Obama lied to Americans when he assured them that he was bombing Libya in pursuit of “a well-defined goal—specifically, the protection of civilians in Libya… Broadening our military mission to include regime change would be a mistake." (As skeptics noted at the time, regime change was always the goal.)

Obama and outside Libya war boosters did make good on their promise that the war wouldn’t produce a protracted, bloody U.S. struggle on behalf of liberalism in that fractious society. Instead, they overthrew Qaddafi and left. Slaughter doesn’t write about Libya anymore, focusing instead on how bombing Syria would get Vladimir Putin out of Ukraine and on the question whether women in America can “have it all.”

“In a year, or a decade, Libya could disintegrate into tribal conflict or Islamist insurgency, or split apart or lurch from one strongman to another. But the question for those who opposed the intervention is whether any of those things is worse than Col Gaddafi staying on by increasingly brutal means for many more years.”

That is the question, I suppose, but it doesn’t seem like one Slaughter has much interest in thinking about. Say what you will about this whole spectacle, but don’t say that the skeptics didn’t warn you. Happy Slaughter Day on August 24.

Justin Logan (@justintlogan) is director of foreign policy studies at the Cato Institute.