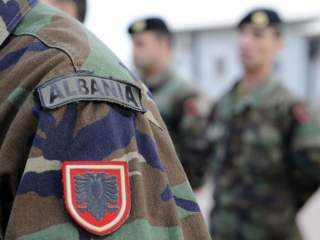 Barack Obama’s worldview, as recently revealed in a magisterial article by Jeffrey Goldberg for the Atlantic, includes great powers, such as Russia and China, and regional players, such as Iran and Saudi Arabia. He has little time for little countries. Some think this may be a mistake.

Understandably, the president spends much of his time worrying about the Middle East and East Asia, but if he and his defensive-thinking chief of staff Denis McDonough wish to engage in foreign policy trap detection, they need look no further than the Balkans, of which Obama mentioned nothing. Nor did the president mention small countries with tremendous positive—and destabilizing—potential, like Albania, Serbia or Macedonia.

Yet if the Obama administration wants to keep Europe stable and the refugee deluge under control, it needs to step up its game in the Balkans. In addition, to keep Russia confined to its implicit “sphere of influence” in the former Soviet Union, as Obama suggested in the same article, it is time to pay more attention to the Balkans in general, and to Albania in particular.

This is because last year a million refugees from Syria, Iraq and countries as far away as Afghanistan, Bangladesh, Eritrea, Libya, South Sudan and Yemen arrived on Europe’s shores, many to the Balkans. They literally marched north from Greece, including to Albania, Serbia and Macedonia.

Such migration overwhelms small countries, especially those which are not yet members of the EU. Their institutional capacities and resources are limited, and such a crisis tests a country’s entire social fabric.

Ilir Meta, the speaker of the Albanian parliament and the head of the Social Democratic Party, knows the situation very well. Mr. Meta is planning to visit Washington in April, to confer with high-level U.S. government officials in the Departments of State and Homeland Security, as well as Congressional leadership. He will brief presidential campaigns and will speak at think tanks. In an exclusive interview to the National Interest, he says:

“While the mountainous borders of Albania prevent refugees from inundating the country, it is only a matter of time before the criminal bosses, human and drug traffickers, gun smugglers, and terrorists connect. This would be incredibly destabilizing for the Balkan region, leading to further destabilization of Europe.

Refugees and terrorism are two issues that frequently intertwine in the Balkans. Islamist terrorists are determined to infiltrate refugee flows so they can enter through Balkan to Europe. Extremists are crossing borders more quickly than the information needed to stop them. Individual Balkan states face serious legal and bureaucratic barriers to intelligence information sharing.”

Ilir Meta says that the refugee crisis is at the top of the European and Euro-Atlantic policy agendas: “Massive and ‘unwanted’ waves of refugees are deemed to threaten the security and the stability of the European Union and that of the Balkans.”

Many Europeans, including political parties and elected representatives, as recently seen in Slovakia, react with fear and hatred. Nativist sentiment is increasingly driving politics. Clearly the extreme nationalist right would limit the policy options of European states and the EU leadership.

The Albanian speaker of the parliament, who played a prominent role in the wake of the Balkan wars by visiting Serbia, emphasizes the need for more security and economic cooperation to control the refugee flow.

He calls for greater intelligence and law-enforcement cooperation to control the flow of migrants, and to prevent it from exacerbating the anti-terrorism situation—not just in Europe, but also in the United States:

“The intelligence on the ground is insufficient to thoroughly vet individuals traveling to EU from the conflict zone. It is both difficult to confirm that war-zones asylum-seekers are really who they claim to be and also to verify if they do not have ties to terrorist groups. At the end, the aim should be to achieve durable solutions on a regional and international basis.”

Albania will not block its border, Meta declares: “If refugees arrive at our borders, we will build neither fences, nor walls, but need to have strong control over the borders and work closely with EU and regional countries to be part of a European Plan to address this challenge.”

Albania is going out of its way to fight terrorism. “The government of Albania is among the first countries to respond to the international effort to counter ISIL. In October 2014 it created the Anti-Terrorism Directorate in the Ministry of Interior, one of the most modern in the region,” Meta added.

Finally, Albania is also in the midst a massive justice-system reform, including the establishment of a National Bureau of Investigation based on the American FBI model, to fight corruption. This will boost the fight against organized crime, illicit trafficking and terrorism. Clearly, despite the country’s size, and due to Albania’s strategic location, U.S. involvement must remain robust, long-term and systematic in promotion of peace, the rule of law and law enforcement and border controls, economic development.

While focusing on big regional players, the United States cannot and should not forget its friends. Even if small in size, their location and role in controlling a crucial migration that threatens Europe, and in a pivotal region such as the Balkans, is too important to neglect. Albania has proven its friendship to America. Now it is time for the United States to stand by its friend in a difficult moment.

Ariel Cohen, Ph.D., is a Senior Fellow at the Atlantic Council's Dinu Patriciu Eurasia Center and the Global Energy Center.