Keystone XL, Obama, and the Politics of Indecision 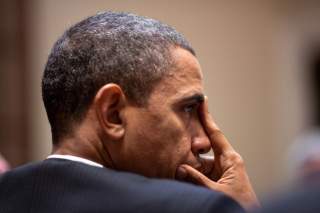 Days before a self-imposed deadline, the Obama Administration again delayed its decision on the future of the Keystone XL pipeline last week. It was a delay like previous delays, with the now-routine explanations that more study was needed and that others (a Nebraska court) must decide first.

Yet this time, the delay offered something more: a glimpse of an administration that is losing control and, subsequently, relevance.

The Keystone XL pipeline project is nothing revolutionary in the context of moving crude oil. It would extend 1,897 km from Hardisty, Alberta to Steele City, Nebraska, where other existing pipelines or other means of oil transportation would then be capable of moving crude oil to the Gulf Coast area or elsewhere in the U.S. Midwest. There has been no evidence to suggest that the Keystone XL project would increase carbon emissions, negatively impact the environment, or is somehow unsafe; conclusions reached by the State Department’s own Final Supplemental Environmental Impact Statement report.

These facts were gathered by state and federal government agencies in response to concerns raised during the five years that this pipeline has been under U.S. review. The final step, a presidential permit, will certify that in crossing the border the Keystone pipeline does not pose a danger to U.S. national security. Since various other pipelines cross the border from Canada already today, no one has yet asserted that the Keystone pipeline might pose a unique risk. The president noted last year that U.S. national security was linked to the planet’s environment too, but the State Department failed to find a significant impact for the Keystone pipeline on the global environment, particularly as oil was being shipped from Canada by rail while Keystone was delayed.

Meanwhile the Keystone project has become the number one energy and environmental issue in the United States thanks to the concerted efforts of environmental groups who give generously to Democratic Party candidates. As the U.S. Supreme Court rulings on campaign finance remove restrictions on corporate donations, President Obama is eager to appease the environmentalists in his base. The failure of the Obama administration to deliver climate change legislation has rendered Keystone rejection the consolation prize for environmentalists.

But Obama hasn’t rejected the Keystone pipeline either.

The worst aspect of the Keystone debacle for the Obama administration is that it has become a symbol of his indecisiveness and of the passivity that has increasingly characterized his second term.

Despite his central role in the drama he has created and continued to prolong, President Obama seems to be a passive observer of the Keystone debate, talking up oil and natural gas as it boosts the economy, while decrying the impact of economic growth on the climate like a college professor wryly observing the folly of society. Obama watches it all, announces new deadlines and red lines, but appears unable to assert his will on behalf of any outcome; he does not make his position clear to his environmental allies, and not even to the hated oil companies by actually denying the permit.

The only group that the Obama administration feels comfortable refusing are the Canadians; they won’t retaliate, and he knows it. But then he promises Ottawa that he may yet decide in favor of Keystone, given time.

To Canada, Obama is acting like Vladimir Putin, using his power over energy logistics as a weapon against a neighbor. But the comparison illuminates the contrast between the two: Putin gains by acting, while Obama seems marginalized by his own inaction and every day it seems more likely that the next U.S. president will be the one who actually makes the decision on Keystone.

Robert W. Murray (@DrRWM) is the Vice-President, Research at the Frontier Centre for Public Policy. Christopher Sands (@sandsathudson) is a Senior Fellow at the Hudson Institute.