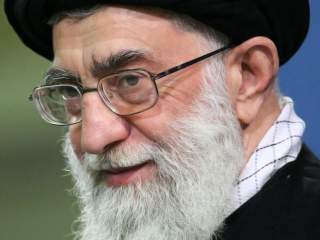 The legendary cleric Abbas Vaez Tabasi died this month after thirty-seven years supervising Astan Quds Razavi—the trust that maintains the iconic Imam Reza Shrine in Mashhad—and as Supreme Leader Ali Khamenei’s representative in the surrounding Khorasan province. Last week Khamenei appointed Ebrahim Raeesi to replace him in the former position, and Ahmad Alamolhoda, Raeesi’s father-in-law, as the latter. Both replacements come from the ranks of Iran’s most radical hardliners, and their appointment guarantees that the windfall from last summer’s nuclear deal will primarily benefit the Islamic Republic’s most extreme, reactionary forces.

Astan Quds Razavi is a bonyad, tax-exempt charitable trusts or foundations that make up a huge proportion of Iran’s non-oil economy, perhaps as much as one-fifth. Even among the bonyads, Astan Quds stands out, owning a number of subsidiary institutions, businesses and landholdings throughout the country. Some thirty million Iranians and Shiites around the world visit the Imam Reza shrine annually, and while Iran has other endowments, none has the same political, religious, financial and geographic clout.

In his thirty-seven years, Tabasi built a multi-billion dollar economic-cultural empire in Mashhad, Iran’s second-largest city and its main destination for religious tourism. Since the revolution, under Tabasi’s guidance, Astan Quds became a dominant player in Iran’s economy, with nearly monopolistic power in Khorasan. Today the bonyad’s real estate is valued at $20 billion, and it owns nearly half of the land in Mashhad. Its portfolio of companies includes powerful firms like Razavi Oil and Gas, Razavi Mining Company, Mahab Quds, the Mapna Group and Shahab Khodro.

As Astan Quds is a bonyad among bonyads, so Tabasi—the so-called “Sultan of Khorasan”—cuts a figure unlike anyone else. No other cleric in Iran has been so identified with one major institution, and for so long.

Tabasi was close to Khamenei, and not remotely a reformist. He never lent public support to the leader’s adversaries, but as a prominent member of the “old guards” he had friendly relations with President Hassan Rouhani and ex-president Akbar Hashemi Rafsanjani, both of them mere hardliners as opposed to the “hardline hardliners” that Khamenei represents. As Eshaq Jahangiri, Rouhani’s vice president wrote in an obituary, Tabasi helped mediate between Khamenei and Rouhani on important issues such as the nuclear deal. The fact that his successor is a  much more radical figure represents a serious setback for the comparatively less-hardline camp of Rouhani and Rafsanjani.

Raeesi is Khamenei’s choice to succeed Tabasi as trustee of Astan Quds. Raeesi’s hardline credentials are beyond reproach. He is on record accusing the West of promoting homosexuality worldwide in the name of human rights, and has defended the amputation of the hands of thieves in line with Sharia law. Raeesi played a critical role in the massacre of political prisoners in the 1980s, and served as deputy chief justice from 2004 to 2014. Since 2012 he has been prosecutor of the Special Court of the Clergy, a body answerable to the supreme leader that is outside the usual judicial process and tasked with trying clerics deemed sympathetic to reform.

Tabasi’s successors are radical extremists, even by the Islamic Republic’s standards, loyal to Khamenei, and hostile toward any hint of reform. Alamolhoda—Tabasi’s successor as Khamenei’s representative in Khorasan—has denounced supporters of the reformist Green Movement as “goats and calves,” and enemies of the supreme leader as “the party of Satan.” In 2012 he called for the execution of a popular Iranian musician living in exile in Germany who had criticized the regime.

Khamenei’s choice for Tabasi’s two replacements are clear signs that while the radicals might have lost a few seats in last month’s parliamentary election, they are consolidating their grip over crucial levers of Iran’s economy and remain those best poised to reap the bonanza that the nuclear agreement will soon yield. Those hoping that the deal will embolden moderates in the Islamic Republic will again be sorely disappointed.

Saeed Ghasseminejad is an Associate Fellow at the Foundation for Defense of Democracies and its Center on Sanctions and Illicit Finance.