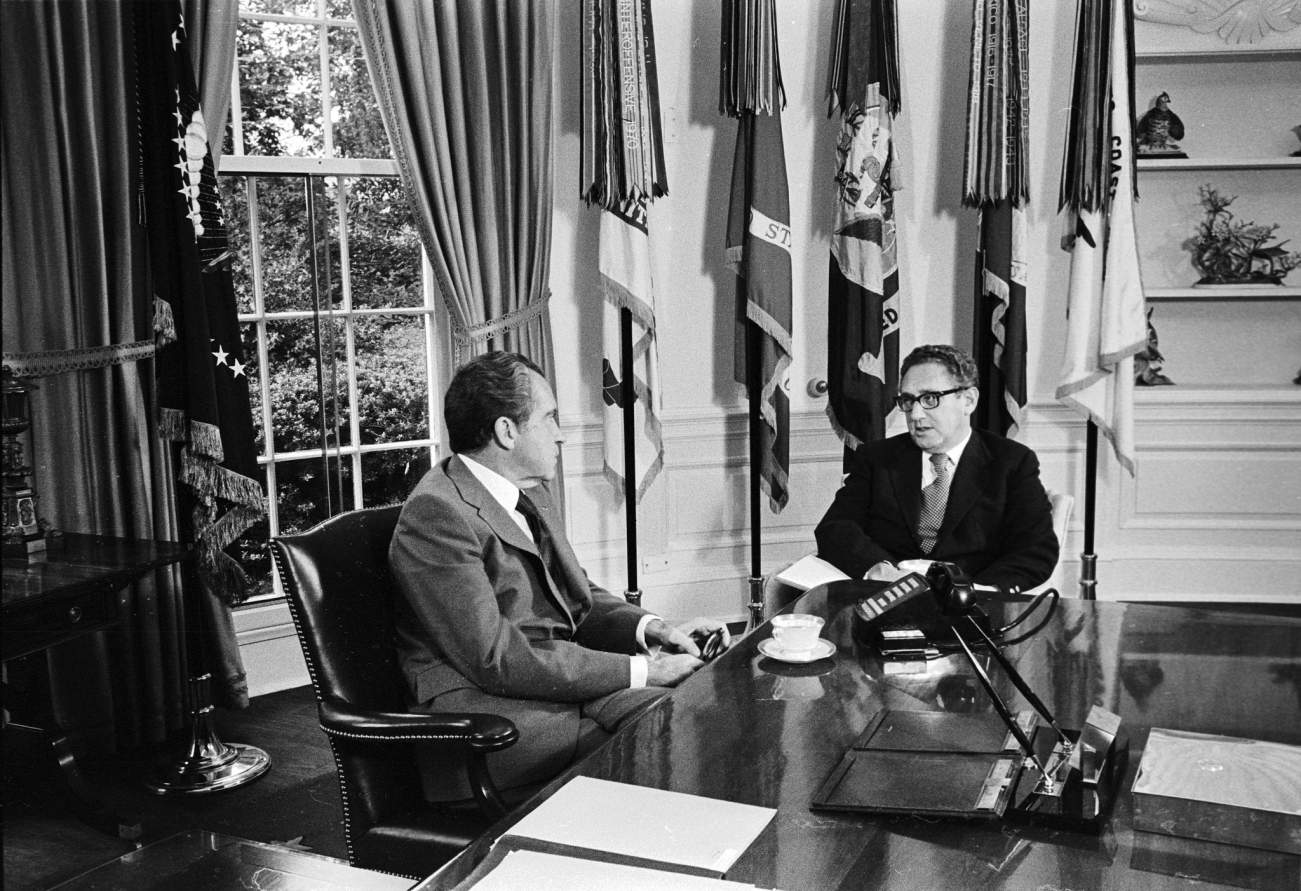 In the specific case of Henry Kissinger, Morgenthau’s judgment was generous. “What manner of man” was he? Morgenthau asked. Kissinger had the “ability to move, as it were, on two disparate levels of discourse.” So with regard to Vietnam, for example, Kissinger implemented a policy that most of his friends opposed, but acted “decently” toward them, much more so than many other supporters of the war. Kissinger “never stooped to personal attacks and tried to avoid public polemics altogether.” More broadly, he was able to retain his integrity as an intellectual in government because for all of the criticisms that might legitimately be directed against his particular policies (often leveled by Morgenthau himself), in the larger scheme of things he always acted out of “deeply rooted convictions” as well as a coherent body of doctrine. There was substance behind all of the showmanship and celebrity. Morgenthau’s Kissinger was no mere opportunist. “What Kissinger does is informed by that body of doctrine, and the energy with which he does it is nourished by the depth of his convictions.” Morgenthau would have had no difficulty believing Kissinger when he wrote: “If the moral basis of my service were lost, public life would have no meaning for me.”

WHAT DID Morgenthau mean by Kissinger’s “body of doctrine”? For that matter, what did Kissinger mean by “the moral basis” of his public service? It was a quirk of Morgenthau’s analytic style always to break down a subject into components—three aspects, four features, five elements—and in the case of Kissinger’s doctrine, he saw four parts. First, and most important, was the goal of minimizing the risk of nuclear war; no objective was more important than this one. The second was creating and maintaining a balance of power that would serve the first goal, and also reduce the possibility of conventional war. The third component, related to the second, was acknowledging that, like the United States, other nations had their own vital interests, which a rational foreign policy was bound to respect. Finally, Kissinger’s fourth goal was to seek to intertwine the vital interests of the various nations into a peaceful status quo so that “the institutionalization of common interests must gradually take the sting out of surviving hostile confrontations.” The eternal pessimist, Morgenthau had his doubts about the fourth component, but as the father of realism in America, he could only admire and applaud the first three. The two German Jewish realists spoke the same language, and Morgenthau’s appreciation of Kissinger’s public career was on an entirely different level from that of most of Kissinger’s detractors, or even most of his admirers. It was as if Morgenthau and Kissinger were talking to each other alone, speaking the language of realism while relegating everyone else to the sidelines as naïve kibitzers.

The historian Robert Dallek, among others, has reproved Kissinger for his collaboration with Nixon, referring to “a Faustian bargain which should cast a long shadow over his historical reputation.” But for Kissinger, who rejected the ivory tower for the sake of a public career, the only choice involved was whether it was better to be inside the tent or outside. “If I resign,” he said jestingly, but not entirely in jest, “Nixon will have a heart attack and Agnew will be president.” (Kissinger wasn’t the only one who raised the troubling specter of a President Spiro Agnew. Nixon also worried about the presidential succession if he should fall ill or have an accident, and in July 1971, he discussed with Haldeman and Ehrlichman how they might go about getting rid of the vice president.) Kissinger’s point was that someone was going to be in the White House, someone was going to be making the life-and-death decisions. The power of the American government was not about to disappear if he retreated to a university or to some high-paying consultancy. Against his critics, Kissinger might have paraphrased Trotsky: you may not be interested in power, but power is interested in you. This is why, as the latest members of the foreign-policy establishment weigh working for Donald Trump, Kissinger’s past service, more than ever, offers numerous lessons for the present.