Korean and Japanese Legislators Working Together 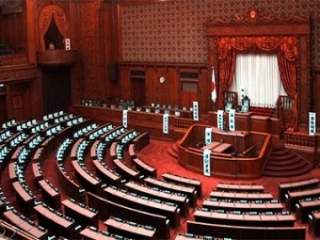 Editor’s Note: TNI has teamed up with Japan-ROK Working Group at the Pacific Forum CSIS in order to preview its upcoming report focused on improving bilateral relations through targeted engagement on a range of areas. The “Japan-ROK Series” will feature five timely articles summarizing these recommendations in fields such as cooperation on North Korea, missile defense, counterpiracy, energy security and inter-parliamentary ties. This is the third article in the series.

One of the very first informal traces of Japanese-Korean interparliamentary interaction was a meeting on June 6, 1968, attended by nine Japanese and twenty-two Korean parliamentarians in Seoul, to discuss issues ranging from trade and commerce, to the treatment of Korean residents in Japan, to mutual security assurance. This occurred only a few years after the 1965 normalization of relations between Tokyo and Seoul. Officially, a friendship association was launched in 1972, which later evolved into a parliamentarians’ league in 1975 and finally took on the name of the parliamentarians’ union that is used today. Not to be confused as one monolithic whole, there are counterparts almost in the mirror image of each other with similar operational properties in Japan and Korea—the Japan-Korea Parliamentarians’ Union and the Korea-Japan Parliamentarians’ Union, respectively. As of October 2013, the Japanese body is headed by Nukaga Fukushiro, former Finance Minister and a member of the House of Representatives of the Liberal Democratic Party (LDP), while its Korean counterpart has Hwang Woo-yeo, the ruling Saenuri Party’s chair, at its helm. Aside from a general meeting that is held each year, the two groups aim to enhance bilateral cooperation through exchanges, visits and consultations.

Perhaps as evidence of how receptive incoming administrations are to these groups, a delegation led by Representative Nukaga visited Seoul on January 4, 2013 and held talks with then president-elect Park Geun-hye. This was followed a few days later by a courtesy call on the newly elected Japanese Prime Minister Abe Shinzo by the Korea-Japan Parliamentarians’ Union on January 9, 2013. The most recent and notable event involving the two organizations was a consultative meeting between Hwang Woo-yeo and Nukaga Fukushiro on August 23; Nukagawas also awarded an honorary doctorate from South Korea’s Yong In University.

a) Realizing the advantages of parliamentary diplomacy

Japan and South Korea have yet to hold a formal one-on-one summit as of May 2012, with the latest encounter occurring at the U.S.-brokered trilateral meeting on the sidelines of the Nuclear Security Summit (NSS) in The Hague. Unlike head of state meetings that typically represent the pinnacle of official exchange between two countries, meetings among parliamentarians are less susceptible to symbolic interpretation. Thus, parliamentarians can supplement traditional diplomacy, as they have greater flexibility in their actions and are well positioned to mediate between the government and the public given their closer proximity to domestic constituents. In this vein, the ability to shape and influence public sentiment at a close range is critical in furthering Japanese-Korean relations, as policy implementation in both countries are often described as being at the mercy of public opinion or volatile ‘nationalism’—a case in point is the unsuccessful attempt at signing the Japan-Korea General Security of Military Information Agreement (GSOMIA) or the growing anti-Korean rallies in Japan. Subsequently, tapping into parliamentarians as actors of incremental diplomacy will create the necessary space for the typical state-to-state interaction to incorporate more of a state-to-society element.

Unfortunately, the year 2013 was a reminder that politicians are susceptible to verbal gaffes or actions that throw them into the limelight of controversy. In July, Japan’s Finance Minister and Deputy Prime Minister, Aso Taro, triggered indignation for comments that seemed to suggest that the Nazi reforms of the Weimar constitution could be a model for Japan. As the interparliamentary group is reinvigorated, the level of responsibility that would fall on parliamentarians will likely increase, hopefully adding another layer of restraint and accountability. Moreover, the interparliamentary group has the potential of reinforcing bipartisanship within the domestic arena of Japan and South Korea, as cross-party membership will stress unity in order to facilitate cooperation at the interstate level.

A fact that often goes unnoticed or buried under media reports of spiraling sentiments of hostility between Japan and Korea is that, comparatively speaking, the interaction between Japanese and Korean lawmakers has quite a long and fruitful history. For instance, the U.S.-Japan Parliamentary Exchange Program was launched in 1968, the same year that the Japanese and Korean parliamentarian delegation first met; meanwhile, the U.S.-Republic of Korea Inter-Parliamentary Exchange was established fairly recently in 2000. In fact, after the new administration of Park Geun-hye took office in South Korea, there were reports citing that the Korea-China Inter-Parliamentary Group (which is housed under the National Assembly Secretary) only received roughly a sixth of the government subsidy received by the Korea-Japan Inter-Parliamentary Group (which is its own independent entity). Both Japan and Korea should not take for granted the advantages of a long-running institutional framework that has been in place with the specific objective of consolidating bilateral relations.

Despite these overwhelming benefits, there are two potential limitations that must be addressed with respect to enhancing parliamentary diplomacy. The first involves a deep-seated idea—both in theory and practice—that politicians are fundamentally seeking votes, meaning their motives or preferences are highly instrumental: put differently, their behavior is driven by their core desire to stay in office. If lawmakers are given the impression that parliamentary diplomacy does not translate into votes, or worse, believe that domestic constituencies are right-leaning or simply against the ideals of the interparliamentarians’ union, the overarching goal of improving relations between Japan and Korea will suffer. This is, however, merely a short-sighted preconception that can be resolved by understanding that enhanced bilateral relations present tangible gains that can help with their goal of maintaining office, i.e. attracting more trade and investment through renewed relations.

The second concern is the prospect of the respective interparliamentarians’ union turning into another arena for political bickering. Back in 2010, there were reports that there was paralysis within the Japan-Korea interparliamentary group due to the emergence of the Democratic Party of Japan (DPJ) after decades of Liberal Democratic Party (LDP) leadership, with the latter resisting relinquishing its power to appoint an LDP person as head of the interparliamentary group. While acknowledging the fact that the efforts at the interstate level may become hostage to such internal politics, a strong sense of vision and guidance on the part of the ruling administration should suppress any squabbling. The end of the ‘twisted Diet’ (a period in which no party claimed majority control of both houses of parliament) with the LDP majority in the elections to the House of Councillors in July 2013 is a tentatively optimistic sign that legislative stalemates may be ending. To prevent politicization of diplomatic activities, each member of the respective parliamentarians’ union should keep in mind that the benefits of a smooth-running organization far outweigh the potential pitfalls.

With the advantages clearly outlined, here are five concrete policy steps that can reinvigorate interparliamentary diplomacy between Japan and Korea:

a) Increase transparency and outreach of the interparliamentarians’ unions in both countries. As of October 2013, it is extremely difficult to find any systematic data ranging from simple factual information regarding the history of the groups to more recent coverage regarding its latest activities. This makes the groups seem extremely elusive, which may also contribute to the lack of general interest or awareness regarding the potential role of the groups in enhancing Japan-Korea relations.

b) Educate the respective public about the benefits of interparliamentary diplomacy. The concept of interparliamentary diplomacy is not only a relatively undertheorized topic in academic disciplines, but also a rather unfamiliar mechanism of diplomacy for the general public. This means that without a clear understanding of the objectives and contributions of the interparliamentarians’ unions, their existence will be susceptible to politicization and questions of legitimacy when relations hit rock bottom. Thus, building a solid consciousness and expansive support for the groups will be critical.

c) Incentivize the members of the interparliamentarians’ unions to treat their affiliations as diplomatic missions, not administrative tasks. Money may not be able to engineer momentum or create political will where there is none, but the case of interparliamentary diplomacy between Seoul and Tokyo has long-established roots. The respective governments should tap into this established framework and show that they acknowledge its importance by elevating its priority in the foreign policy realm. This may cause the necessity for increased resources and statements that would justify the existence and legitimacy of the organizations.

d) Commission a joint study on whether appeals to nationalism even work as a way of getting votes. An aforementioned potential limitation of interparliamentary diplomacy is that politicians may be sensitive to nationalist voters who may oppose the meetings. Subsequently, there has yet to be a comprehensive study done on whether appealing to nationalist rhetoric has an impact on votes, which has meant that mere intuition has filled the empirical void. If politicians can be liberated from thinking that their fates as office-holders are tightly coupled to a public that is ‘hawkish,’ their roles as diplomats will be that much more effective.