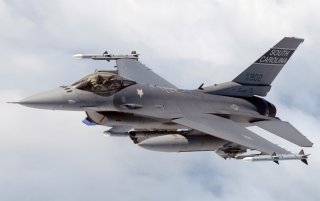 In his February 22, 2022, television address to the nation on the growing crisis in Ukraine, President Joe Biden expressed outrage at Russia’s actions. The previous day, Vladimir Putin’s government had recognized two secessionist regions in Ukraine—Donetsk and Luhansk—as independent states. He also announced the deployment of Russian peacekeeping troops to those territories. “Who in the Lord’s name does Putin think gives them the right to declare new so-called countries on territory that belong to his neighbors?” Biden railed. “This is a flagrant violation of international law.”

It was a valid complaint. However, one must ask: How is Russia’s action different from what the United States and its NATO allies did to Serbia in 1999? In that case, an alliance that was supposedly created for purely defensive purposes launched an offensive, seventy-eight-day air war against a country that had not even arguably committed an aggressive act against any NATO member. At the end of that assault, which killed hundreds of Serb civilians and devastated the country’s infrastructure, NATO leaders forced Slobodan Milosevic’s government to relinquish control of Serbia’s Kosovo province to international control. That transfer was made under a fig-leaf resolution the UN Security Council passed despite Moscow’s misgivings and reluctance. UN (predominantly NATO) “peacekeepers” moved in to enforce the alliance’s diktat—much as Russian “peacekeepers” have now deployed to Donetsk and Luhansk to enforce the Kremlin’s orders.

The parallels between the two events should make current Western leaders more than a little squeamish. NATO’s violations of international law did not end with an aggressive war, the administrative amputation of Kosovo from Serbia, and the deployment of occupation forces. Nine years later, Western powers engaged in a brazenly cynical maneuver to grant Kosovo full independence. Kosovo wanted to declare its formal independence from Serbia, but such a move would face a certain Russian (and probable Chinese) veto in the UN Security Council (UNSC). Washington and an ad hoc coalition of most European Union countries brazenly bypassed the UNSC and approved Pristina’s independence declaration.

Russia’s leaders protested vehemently and warned that the West’s unauthorized action established a dangerous, destabilizing precedent in international affairs. Washington dismissed their complaints, arguing that the Kosovo situation was unique. Under Secretary of State for Political Affairs R. Nicholas Burns made that argument explicitly in a February 2008 State Department briefing. Because the situation was unique, he insisted, the West’s Kosovo policy set no precedent regarding other ethnic secessionist situations. Both the hubris and illogic of the U.S. position were breathtaking.

The Western powers soon discovered that merely saying their actions in Kosovo established no precedent did not make it so. Russia demonstrated that point just a few months later. The Kremlin exploited a military clash with Georgia to reinforce the secession of two Georgian regions, South Ossetia and Abkhazia, and ratify Russia’s de facto control over both entities. George W. Bush’s administration condemned the Kremlin’s actions, as did Washington’s NATO allies. But just as Russia was not in a position to do much about NATO’s conduct in Kosovo, the Western powers (short of initiating a war against Russia) could do little about Moscow’s meddling in Georgia.

The Kosovo precedent haunted the United States again in 2014 when the Kremlin boosted its military presence on the Crimea Peninsula and used it to “supervise” a referendum in which Crimea voted to secede from Ukraine. That step was a prelude to Russia’s annexation of the peninsula. Washington reacted with even greater anger than it had following Moscow’s amputation of Georgia’s territories. At a press conference, President Barack Obama fumed that Russia could not be allowed to redraw “the borders of Europe at the barrel of a gun.” He did not bother to explain how the United States and NATO had not done that with Kosovo, nor did the usual sycophantic members of the news media bother to ask.

Now, with the Kremlin’s moves regarding Donetsk and Luhansk, the Kosovo precedent has come back to haunt Washington and its NATO allies a third time. Even the argument that Kosovo’s majority Albanian population wanted to separate from Serbia and that Belgrade’s heavy-handed treatment of the province justified NATO’s intervention puts proponents on a slippery slope. Russian officials could use similar rationales to justify their actions in eastern Ukraine.

There is little doubt that many (probably most) inhabitants of Donetsk and Luhansk resent the pro-Western regime in Kyiv and do not want to live under its control. The rebellion that began nearly eight years ago might not have survived without Russian military support, but sentiment for the rebellion was real and extensive. Ukraine’s eastern region differs from the western portion of the country in terms of language, religion, and economics. The primary language of the inhabitants in the east is Russian instead of Ukrainian, their religion is Eastern Orthodox instead of Roman Catholic, and their economy emphasizes heavy industry with extensive trade ties to Russia instead of light industry with primary trade ties to Central and Western Europe.

Those differences were creating serious tensions for years. It is no coincidence that the two regions were the bastion of political support for Viktor Yanukovych, the pro-Russia president elected in 2010. Eastern Ukrainians deeply resented the pro-Western demonstrators in Kyiv who illegally overthrew his government—with more than a little support from the United States and several European Union governments. The ongoing rebellion in Donetsk and Luhansk soon followed.

One can make a plausible case that secession (and even a subsequent merger with Russia, a la Crimea) is reasonable for those two regions. However, the Kremlin’s current moves do further undermine international law and destabilize the global system.

The international community needs to adopt a consistent set of rules for such situations. Washington and other NATO capitals cannot insist on rigorous respect for the territorial integrity of countries and the sanctity of borders when it suits Western policy but embrace the opposite standard whenever that position suits Western policy. In their handling of the Kosovo question, the NATO powers did exactly that, and the brazen hypocrisy keeps coming back to haunt them.