Larry Summers Is Right on the Economy for the Wrong Reason 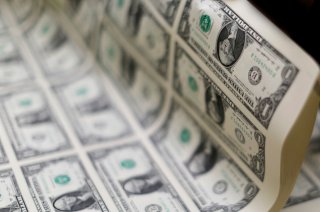 Larry Summers has to be admired for the courage of his convictions to rail against President Joe Biden’s proposed budget stimulus package. This is especially the case considering the heavy personal price that he is likely to pay within the Democratic Party for having put the country over a political party at such a sensitive political moment.

To the great consternation of the Democratic Party establishment, and at a time that most of his academic colleagues have drunk the “budget deficits do not matter” Kool-Aid, Summers is correctly arguing that Biden’s extraordinarily large budget stimulus proposal would entail considerable risk to the U.S. economy. However, his case would have been all the more on point had he highlighted the financial stability risks rather than the inflation risks of Joe Biden's stimulus recklessness.

There can be no question that Summers makes a persuasive case that the  Biden package risks overheating the U.S. economy. He correctly points out that the proposed $1.9 trillion budget stimulus would be coming on top of the December 2020 $900 billion bipartisan stimulus package. Taken together these two packages would amount to a staggering 14 percent of the country’s economy and would be more than three times the size of the 2009 Obama budget stimulus.

This would all be occurring at a time that the U.S. economy is in very much better shape today than it was back in 2009.

Yet a further reason for inflationary concern is that the stimulus package would be coming at the same time that the Federal Reserve has its pedal at full throttle to the metal. Indeed, it has taken Jerome Powell’s Federal Reserve barely six months to increase the Fed’s balance sheet by an additional $ 4 trillion that it took Ben Bernanke’s Fed six years to do.

A fundamental point that Mr. Summers is overlooking is that the Biden budget policy experiment is occurring at a time that we are in the midst of an everywhere global asset and credit market bubble that has been caused by many years of ultra-easy Fed monetary policy. This blinds him to the very real risk that U.S. fiscal policy recklessness now could turn out to be the trigger that causes today’s global financial market bubble to burst.

It is not simply that today’s U.S. equity valuations are at lofty levels last seen on the eve of the 1929-stock market crash. Nor is it only that very risky borrowers both at home and abroad can borrow at interest rates not much higher than those at which the U.S. government can borrow. It is that the Fed’s ultra-easy monetary policy has kept very large amounts of money flowing to the emerging market economies at a time that those countries’ economic fundamentals have never looked more compromised.

The main factor that has been fueling the world’s everything asset and credit market bubble has been the belief that today’s record low-interest rates will last forever. However, if Summers proves to be right that the Biden stimulus will lead to the U.S. economy overheating, the Fed will be forced to start raising interest rates to prevent an inflationary outburst. When that happens, today’s asset and credit bubbles are likely to burst as markets come to realize how wrong they were to premise their investment decisions on the mistaken assumption of ultra-low interest rates forever.

The real risk then that the Biden stimulus poses to the U.S. economy is not so much the risk of higher inflation as much as the risk of the bursting of asset and credit market bubbles. It would be a grave mistake to underestimate how large an adverse impact that such a bursting could have on the United States and global economies given how very much larger and how very much more pervasive these bubbles are today than they were in 2008.

All of this is not to say that Summers is mistaken for sounding the alarm about the recklessness of the Biden budget stimulus proposal. Rather, it is to say that Summers should be more worried about the risk of another U.S. and global financial market meltdown on the scale of that in 2008 than he appears to be about an unwelcome boost to inflation.