Last Hope: Can the ECB Save Europe? 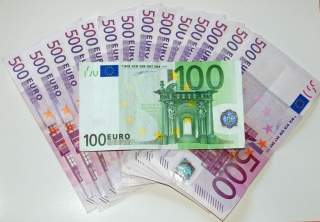 With its latest, dramatic policy actions, the European Central Bank (ECB) has revealed two things: firstly, it is desperate in the face of the Eurozone’s severe economic and financial problems, and secondly, it believes the best response to this crisis is to create an ocean of money. The bank and its president, Mario Draghi, have little choice. In the absence of a flood of liquidity, the Eurozone will almost surely succumb to an interlocking matrix of ills, bankruptcies, financial chaos, recession, and deflation. Even then, it is far from certain that the ECB can head off such an ugly turn. What is certain, however, is that even if the bank staves off the worst immediate pressures, it cannot offer the zone a lasting fix.

The size and breadth of ECB policy certainly speaks to powerful needs. The bank has brought its own administered interest rates into negative territory, forcing European financial institutions that keep reserves with it to pay a fee on those monies instead of earning interest on them. It has scheduled an unprecedented quantitative easing program set to buy €60 billion of bonds a month, including €13 billion in the ECB’s existing asset-backed purchase program (ABSPP), and a €37 billion balance for purchases of securities issued by the governments of member countries. These are massive amounts by any standard, more than twice the €17 billion in monthly issues of government bonds averaged in 2014 and far beyond the Federal Reserve’s quantitative easing in the United States, which at its height bought only some 71 percent of Washington’s new bond issues. In the face of such money flows, it is little wonder that Eurozone sovereign bond yields have fallen to such low levels, many of which are already in negative territory.

Greece probably holds pride of place in motivating this powerful policy response. The ECB is well-aware that should Athens and the European Union (EU) fail to reach an accommodation that will permit continued official lending, Greece may default on all or some of its debt and, in the extreme, could leave the currency union. If unaddressed, such events could have severe financial implications. Holders of Greek bonds would lose wealth and lenders generally would become more reluctant, making it hard for the other troubled nations in Europe’s so-called periphery to procure credit at manageable rates. Only the bank’s clear willingness to provide a massive substitute flow of liquidity has a chance to ease such strains. By keeping euro borrowing rates low and so holding down credit costs to those remaining in the currency union, ECB policy could also help dissuade other periphery nations from following Greece out of the currency union should events lead in that direction.

In addition to Greece, the bank has recession to worry about. Though some recent statistics offer hope for growth in parts of the Eurozone, economic prospects generally are far from encouraging. By flooding markets with liquidity and so keeping downward pressure on borrowing costs, the ECB’s policy can alleviate recessionary pressures directly by encouraging borrowing and economic activity and indirectly by depressing the euro’s foreign exchange value and so giving Eurozone exports a competitive pricing edge on world markets. Liquidity flows can help further by blunting some of the financial risks associated with recession. The ECB is well aware that the lack of growth can raise questions among lenders about the ability of member nations to meet their financial obligations, especially if the Greek negotiations fail. A flood of bank-created liquidity provides an alternative source of credit at manageable rates.

An ocean of money creation also answers the bank’s most fundamental concern, the threat of deflation. It is, after all, the time-honored policy response to such a threat. Here the ECB can find reason for such action on two levels. The most obvious is the example of Japan, where almost every analysis links deflation to that economy’s more than two decades of stagnation and decline. If avoiding this fate were not enough to prompt a policy response, the ECB can also clearly see how a decline in the price of real goods and services would compound the zone’s financial pressures by forcing Europe’s already beleaguered countries to create that much more real income and wealth to discharge the fixed nominal amount of Europe’s already huge overhang of outstanding debt. Though deflation has yet to emerge, policy makers know that the additional liquidity will work best if administered before the fact. It should also head off a market reaction in anticipation that would pressure debtors as if the deflation had already developed.

With so much to fear, it is little wonder the ECB has responded so dramatically. Still, it is far from certain that even policies of this size and scope will continue to calm markets, avoid recession, and dispel the threat of deflation. If it does, the ECB will have done the nations of the Eurozone a great service. It will have bought them time to put their budget policies in order and to implement needed pro-growth reforms that can begin to resolve this debt crisis fundamentally by counteracting the effects of fiscal austerity and ultimately generating the additional real income and wealth needed to discharge their financial obligations. This is as much as anyone can expect of the ECB. It was only ever fighting a holding action to allow Europe’s periphery to get serious about removing the rigidities in its economies that stymie flexibility, investment, growth, and employment. Unless they now do so, they will ensure that the ECB will have fought a losing battle, no matter how determined Draghi and the bankers are.

Milton Ezrati is senior economist and market strategist for Lord, Abbett & Co. and an affiliate of the Center for the Study of Human Capital at the State University of New York at Buffalo. He writes frequently on economics, finance, and politics. His most recent book, Thirty Tomorrows, on aging demographics, the challenge it presents, and how the world can cope, was recently released by Thomas Dunne Books of Saint Martin’s Press.