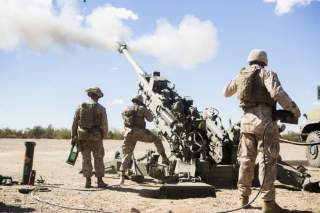 In the third and final presidential debate of the campaign Trump and Clinton clashed again over immigration, ISIS, and Syria. Sort of.

Unfortunately for foreign policy wonks there wasn’t much new to learn. From a broader perspective, though, the debate was another piece of evidence illustrating a fundamental shift in the role of foreign policy in American politics.

During the Cold War, political leaders certainly clashed over national security and foreign policy, but they did so within a shared framework. The central goal of U.S. foreign policy – containing the Soviet Union – was never in question on either side of the aisle. As a result, presidents could talk about the “national interest” and expect the public to agree on what that was. Since the end of the Cold War, however, the national interest has steadily disintegrated into a stew of competing interests. With the United States facing few meaningful external threats, foreign policy debates have come to look more and more like debates over domestic issues. Americans have become more polarized over foreign policy in the past fifteen years. Not even the tragedy of 9/11 could reverse the trend for long.

In that sense last night’s debate was a warning to the foreign policy establishment. Though foreign policy analysts often act as if foreign policy were simply a matter of coolly assessing costs and benefits in light of “national interests,” this election has made it clear that this is not how the average American forms opinions about what to do about immigration, terrorism, or how to deal with Russia. The stark contrast between the Trump and Clinton campaigns reveals that foreign policy today is not simply a question of keeping America safe, but also a clash between competing visions of morality, culture, and identity.

Despite the fact that these foreign policy fault lines have been clear for some time, most pundits (including myself) imagined that this election’s foreign policy debate would look very different. Back in early 2015 it looked like we were headed for a more typical debate between a defender of the status quo in Clinton and a more hawkish challenger from the Republican side. That debate would likely have centered on criticism of Obama’s foreign policy toward Russia, Syria, ISIS, and Iran, but like many Cold War debates, the debate would have been about the means, not the ends.

The rise of Trump, however, changed everything. In a way that few would have predicted, foreign policy helped Donald Trump push his way to the front of the Republican pack. Thanks to his unorthodox positions on immigration, terrorism, trade, and America’s interventions in the Middle East, Trump stood out in a crowded field of candidates, the rest of whom were eager to showcase more traditional conservative bona fides.

The question, of course, is why was Trump’s challenge to mainstream foreign policy so successful this year? Trump, after all, has never held office, has no foreign policy experience, and started the campaign blissfully ignorant of a wide range of foreign policy and national security issues. The answer lies in Trump’s ability to take advantage of the fact that people’s opinions on foreign policy no longer have very much to do with foreign policy. Instead, Trump’s “America first” rhetoric, replete with nativist appeals, is tapping into the economic and cultural fears of many voters. As Max Fisher and Amanda Taub wrote in the New York Times recently, Trump “is using international issues as a medium to connect with voters’ gut-level fears and desires, an approach that works precisely because his foreign agenda falls far outside the mainstream.”

Trump’s rhetoric and Clinton’s defense of the mainstream liberal internationalist view have sharpened the emerging tribal divisions over foreign policy. Trump continues to enjoy an advantage primarily among white men and women without college degrees. Trump’s core supporters, in general, are more worried about the rest of the world, much more pessimistic about globalization, and less interested in playing a leadership role abroad. Clinton’s appeal, on the other hand, is strongest among non-whites and among those with more than a college education, and among people who are comfortable with the rest of the world, who see clear benefits from globalization, and believe that the United States has an important moral leadership role to play within the international community.

When viewed from this perspective, then, last night’s debate wasn’t about the differences between Donald Trump and Hillary Clinton, or about competing visions of how to secure the nation and pursue the national interest. Instead, it was a contest over what values should motivate American foreign policy in the first place. And given the state of public opinion today, we can expect that debate to continue long after the next president takes the oath of office.

Trevor Thrall is a senior fellow for the Cato Institute’s Defense and Foreign Policy Department.