Lebanon’s May Elections Are a Chance to Begin Again 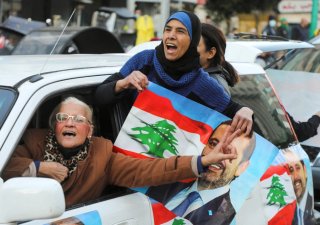 In May 2022, the Lebanese people will have the opportunity for their voices to be heard in the parliamentary elections after years of domestic turmoil and international isolation. With every passing year since the October 2019 protests, the nation has regressed as its people have become poorer and exceedingly pessimistic. Thus, many Lebanese people, including within the diaspora, see the election as their “last hope.”

Presently, Lebanon faces the worst economic crisis it has experienced in over a century, and outside powers are willing to help, albeit with specific conditions. Although world leaders have offered financial assistance to Lebanon to restart its ailing economy, in return, the international community has asked Lebanese leaders to implement a series of anti-corruption and fiscal reforms. Unfortunately, these requests will never happen with the current leadership in power, whose greed and indifference has come at the expense of Lebanon’s welfare. Thus, there is a national desire for a change in leadership. The promise of justice and political accountability that the revolution could not keep through mass protests can be fulfilled at the ballot box.

Almost a quarter of a million Lebanese abroad have registered to vote in May elections. As a result of reforming Lebanon’s election law in 2017, the diaspora community overseas were also granted the right to cast their votes for the first time when the previous parliamentary election took place. But some Lebanese still feel hesitant. To an extent, these feelings are understandable. Why partake in an election process that has only brought them worse living standards? Rather, as a December 2021 poll highlights, six in ten people wish to leave Lebanon forever. Of course, when educated Lebanese leave the country, this massive brain only worsens Lebanon’s problems and makes the situation more dangerous for the people who remain. How can the country recover if its best and brightest feel they have no incentive to stay?

Sadly, such a scenario constitutes the norm in Lebanese history. Since the 1975-1990 civil war, Lebanon has routinely seen its talented, qualified people leaving in search of a better life. One report called it a “terminal brain drain.” Further, departure feels like a state of exile for most, as they leave due to circumstances out of their control. Moreover, the Lebanese people have lost their sovereignty, which has been stolen by their own government. Indeed, the elite in Beirut have betrayed their oaths to protect and serve the Lebanese people.

Still, some in the opposition are preparing for a comeback. Samy Gemayel, the seventh president of the historic Christian nationalist Kataeb party and a former member of parliament (MP), is working to unite opposition groups and support candidates who are set to challenge rival establishment parties like the Free Patriotic Movement (FPM), or Tayyar. Gemayel announced his resignation alongside four other lawmakers from Lebanon’s parliament at a funeral procession in August 2020 of an MP from Kataeb who succumbed to injuries sustained from the Beirut port blast.

“The Kataeb MPs have decided ... to move to confrontation for the sake of a free, sovereign, independent Lebanon,” Gemayel said. “I invite all honorable [lawmakers] to resign so that the people can decide who will govern them, without anybody imposing anything on them.” Gemayel’s family is well known throughout Lebanon and has a historic place in the country's politics, making such statements significant.

Gemayel and others, who have for years been critical of Iranian-backed Hezbollah and the FPM’s cover for them, complain that Lebanon’s sovereignty has been sacrificed to Iranian “guardianship.” In a speech in the majority Christian city of Zahle in October 2021, Gemayel argued the ruling class is only giving the Lebanese three choices: immigrate from the country, surrender to its will, or turn to someone who will provide help and services. He asserted that Lebanese expatriates also had the right to vote for all 128 parliament representatives. In the end, all the political parties will make their case, and the people will need to decide. This is a major chance for the Lebanese to inflict a defeat on those who robbed them of their livelihoods. Hopefully, they will take it.