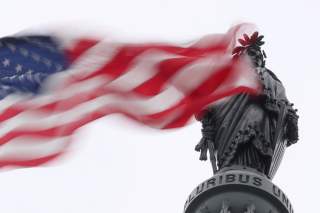 In Democracies Are Fighting for Their Lives, Joergen Oerstroem Moeller described how democracies are under pressure. The following article is an analysis of how he came to that conclusion.

The Privatization of Online Money

1. Public services are dividing the nation instead of uniting it.

Public services used to serve a double purpose. The first one was to deliver electricity, water, transport, postal services, etc. These services could in principle be offered by the private sector, but that option was rejected in favor of uniform quality of services nationwide. Public services aimed to establish that all citizens were equal, connoting that national solidarity overruled a business model. Keeping the nation together legitimized that citizens in big cities paid more than the cost price and by doing so subsidized the periphery. On average, they were richer than their fellow compatriots, so it amounted to progressive taxation.

During the 1980s the argument that private companies could offer services at a lower price gained traction. This could, however, only be achieved if the market and prices were segmented. Citizens would pay according to the cost of delivering services to where they lived. Such a business model was akin to favoring the big cities to the detriment of the periphery where lower population density and lack of infrastructure made same quality services more expensive. The priorities were reversed. A business model overruled national solidarity and regressive taxation took over.

Lower price and higher efficiency were delivered by cutting—sometimes drastically—the services offered to the periphery. Railway lines were closed. The frequency of postal services was reduced. Many services, such as libraries, high schools, and local hospitals, were closed. Citizens were told that much better facilities could be found in nearby bigger towns, which were not so nearby after all. Many citizens moved away from local communities because of that message. Towns practically degenerated into deserts, and many of those towns were home to a falling population of elderly people who stoked claims that public services should be cut even more in view of the small number of people living there.

As income inequality started to rise in the 1980s, the gulf between the people using private companies and the people using older model public companies deepened. The quality of public services fell because the most qualified people were lured to work in private companies. A person needing a new hip, but not able to pay, had to wait up to several months while a person who was able to pay could get a hip operation at a private clinic the next day. The children who were born to “have not” parents couldn’t gain access to the nation’s top universities because recruiters sought students who attended top-tier schools, which they could not afford to attend. Those public schools could not give the children the same quality education as private schools.

Those who had been left behind felt like they had been sacrificed in pursuit of the higher cost-benefit or cost-efficiency—or whatever slogan was used—necessary to justify the privatization. They didn’t feel like living in the same nation with equal access to public services. Nations became dichotomized. The anatomy of the Brexit vote in Britain, the protests in France against President Emmanuel Macron, and the populists gaining power in Italy can be traced back to provinces and periphery voting against the big cities.

Initially privatization had tailwind because it looked as if it could save taxpayer money. Not many people realized that public companies could have done the same job if they had not had to carry the burden of keeping the nation together. It soon turned out that privatization failed to live up to the promises that accompanied it. Profits and efficiency were achieved by cutting investment and maintenance. After the private company sold for a higher price, a handsome profit was reaped. Soon many nations were left with a rundown railway system or a telecommunications system that disregarded the periphery and delivered services in the big cities that were not visibly better than what the public companies offered.

Privatization also sapped the identity of the nation. The core symbol of being a citizen of a nation, and to feel proud of being so, is a passport. The nation-states’ authorities used to issue passports. In the past, citizens had to go to their country’s local police station to apply for one. This solemn procedure does not exist anymore. Nowadays the issuing of passports is a job that has been privatized to commercial companies. It may not sound like a big deal, but conceptually the signing away of this core function of national identity should not be underestimated.

This happened simultaneously with the emergence of Information and Communication Technology (ICT). Links between citizens and the authorities used to be person to person, which was a costly venture. Now they are all online.

From afar it looked fine. Why bother with the cumbersome and time-consuming process of letters and meetings between officials and citizens when that could be done through the marvelous instrument of ICT. The argument behind the switch was the same as was the case for privatization: it would be better and cheaper.

The disadvantage proved to be the same.

Once again, part of the population was cut off. Many elderly people did not have access to ICT and some of those who did have access to it were unable to master the intricacies of password, ebox mails, two-key passwords, etc., that were indispensable ICT security measures. Most nations offered assistance to bridge this gap, but that did not stop people from feeling sidelined, and it often made life difficult because those help services were not available in the periphery, which is where many of the elderly people lived.

Information needed by the public authority had to be provided correctly, even meticulously. Submissions deemed to be inaccurate were rejected under the claim that this or that is missing or wrong or need to be specified. Additionally, online communication transfers some administrative costs to citizens by asking them to spend their time on “paperwork” hitherto being done by civil servants in the local community.

Any society and any nation depends on trust between its citizens and the authorities. Trust governs a society when citizens feel a public officer’s decision would have been the same if the roles had been reversed. In fact, most citizens build an image of the state or public authority not from what they read or hear, but from the personal experience they have had with authorities. They only believe social networks and media coverage if it is in harmony with what they have experienced. Personal meetings offered the opportunity to explain their problem and argue their case. All of this is lost in online transactions. True enough, it may work well for a large part of the citizens who belong to the mainstream, but not for those outside of it—and they are the ones who need help. The result is that privatization contributes to the dichotomization of a nation.

The human factor and person-to-person communication is thrown away as nations quickly move toward a system of intransparency and obscurity. Citizens do not have the faintest clue about who makes decisions on important issues that may be vital for them. If a decision is not in their favor, then surely they can protest, complain, and ask for a review of that decision; but they undertake that task without any idea of who will respond to their request and how a new decision will be reached.

One wonders how this will look when artificial intelligence (AI) enters the game and the systems built around AI take over almost all communication between citizens and public authorities.

To this should be added the risk that mistakes can lead to leaks of data held by public authorities. Personal information about health, taxes, and other things might be on the Internet for everybody to see. The drive to cut costs has led many local public organizations to work with outdated data systems for far too long, which has made it possible for hackers to slip in the backdoor.

George Orwell wrote about this in his novel 1984. He warned against some kind of dictatorship controlling all private activities. The key phrase in his book was “BIG BROTHER IS WATCHING YOU.” This can happen in the future as more public services going online, but the immediate risk is that personal contact between citizens and public authorities ceases to exist.

Ministers, parliamentarians, and civil servants used to have a lifestyle comparable to the citizens they ruled. In the past, the rulers and the citizens were two sides of the same coin.

Nowadays leading politicians jump from public office to the business sector. They sell their experience and knowledge to the highest bidder. Once they leave their public position, they join the lecture circuit and ask for (and get) a high fee with which to enrich themselves. Civil servants follow in their footsteps and sell their experience and insight into public life and how the executive branch works to the business sector. They trade their job as a civil servant for the lavish life of a business executive. Apparently public life is a platform for gaining insights, which the private sector will subsequently pay for. But that is not what the voters had in mind when they supported a candidate nor what the taxpayers expected when they were paying the salaries of those civil servants.