Let's Settle the Russia Question Once and for All 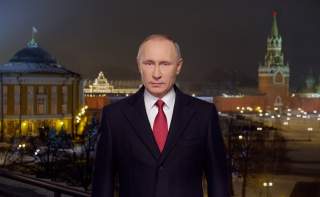 Presidents in the past, most notably Bill Clinton with Boris Yeltsin and George W. Bush with Vladimir Putin, have committed what might be called the “buddy fallacy” where U.S.-Russian relations were concerned. That is, they thought even a modicum of personal congeniality could be the basis for U.S. policy. President Trump seems to be repeating that fallacy.

At its best, friendship between the leaders of two great powers must be considered a plus. At its worst, it confuses personal relations with complex disparities in national interests.

Thus, in one respect President Trump’s visceral belief, that it is better to have Russia as a friend than an enemy, makes sense. On the other hand, it blurs real differences between what Russia views as its interests and what we view as ours. And, for a president with no foreign-policy experience and still-dubious prior relationships with Russia, it can lead to serious misunderstandings and miscalculations.

Compounding the confusion is the appointment of a secretary of state whose considerable interactions with Russian officials have all been corporate and commercial.

Conflicts in interests are well known and documented: Russia’s seizure of Crimea and de facto invasion of eastern Ukraine; tacit pressure on the “near abroad,” especially in the Baltic region; troublesome relations between the Putin regime and expanding western European right-wing political parties; and Russian military and political support for the Assad regime in Syria.

On top of all this is blatant Russian interference in the recent U.S. national election, clearly aimed along partisan lines against the Democratic Party and its candidate, Secretary Clinton. Putin has long believed that the United States has sought to manipulate Russia’s political structure, and provided covert support for democratic insurgencies through nongovernmental organizations. This may provide the basis for a belief that he is simply retaliating in kind.

Against this backdrop, there are what the media call “mixed signals” coming from the Trump administration where Russia, among other topics, is concerned. The president’s attitude (it cannot be called a policy) so far is simply that it is better to have Russia as a friend than as an enemy. The new secretary of state has been silent to date. Our ambassador to the United Nations has taken a traditionally critical position concerning Russia’s actions in opposition to us and our allies. And, perhaps most ominously, senior “strategists” in the White House have signaled, at least indirectly, that they welcome the rise of a right wing, across Western democracies, that identifies with Putin’s nationalism, cultural conservatism, religious orthodoxy, demonization of immigrants and resistance to social toleration.

Likewise, the Trump administration’s attitude toward the Atlantic alliance, especially NATO, is untethered. The president has called NATO “obsolete,” but his secretary of defense confirmed America’s continuing commitment to the alliance. At the very least, this causes confusion in European capitals. Is the United States committed to its principal post–World War II security alliance, or should each nation make its own arrangement with Moscow? At stake in all this is not simply the future U.S.-Russian relationship, but even more importantly the U.S. relationship with Europe and the democratic world.

It is difficult to imagine normalization of U.S.-Russian relations, either in a traditional sense or on some new, yet unarticulated basis, until the mystery of the president’s personal attitudes toward Putin and whatever background they represent are clarified and laid to rest. It is difficult to disprove a negative, to prove that something that didn’t happen didn’t happen. But the only known way to do that is to turn over every rock, not only where Trump is concerned, but also regarding the several individuals close to him who have dabbled in Russia in recent years. Sunlight is the best disinfectant. Unfortunately, one of the rocks that must be overturned has to do with Trump’s taxes, and that seems an immovable stone wall.

Perhaps a new approach to clearing the air and the deck where the Trump administration and Russia are concerned should be considered. Because of the role it played in the recent election, whatever investigations the FBI is undertaking regarding Russian connections may be suspect or discredited. Congressional inquiries, even with a Republican majority, will be partisan, politicized and media saturated.

Consideration, therefore, might be given to a special panel composed of respected statesmen and stateswomen of both parties empowered to compel testimony under oath, inspect personal and classified documents (including tax returns), and issue a public report that either eliminates all suspicion of prior Trump-related activities in Russia or identifies areas of conflicting interest.

Otherwise, it seems inevitable that a cloud will linger for years to come regarding how relations between the current U.S. administration and the Putin government are being formulated, and whether in response to some prior arrangements or personal understandings. That will confuse whatever policies are adopted, either to strengthen U.S.-Russian ties, or draw lines against Russian actions in opposition to the interests of the United States and our allies.