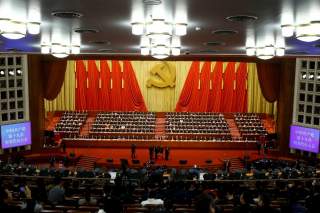 Foreign relations continue to rapidly climb the political agenda in China. A stable external environment is key to the growth of the Chinese economy and domestic stability. Intensified tensions between a rising China and its neighbors as well as the United States raise the stakes in Beijing’s expression of its views on the global stage through the use of economic, political and military means. To that end, recent, unconventional elevations of senior career diplomats were major steps in streamlining China’s foreign policymaking, cementing a global leadership role for Beijing. These moves represent a massive reinforcement of the Communist Party of China’s (CPC) strengthened, centralized role in shaping and implementing foreign policy.

Taking many by surprise, Yang did not receive a further promotion or a state appointment coming out of March’s “Two Sessions,” annual sessions of the Beijing’s top legislative and advisory bodies, especially given Yang was promoted as Politburo member at the advanced age of sixty-seven. Most recently, Yang visited Seoul and New Delhi as President Xi’s special representative without a government capacity. This lack of state title coupled with Yang’s current position suggests possible plans for a consolidated foreign affairs apparatus of which he will be put in charge, as Beijing moves forward with more institutional reforms of its diplomatic functions.

Yang exemplifies China’s diplomatic workforce in its modern history. As a young diplomat, he served as interpreter for Deng Xiaoping and George H. W. Bush, gaining exposure in high-level diplomacy early in his career. Aside from being the youngest vice foreign minister and the Chinese Ambassador to the United States, he also represents a generational change over in Chinese foreign policy by being appointed as the first foreign minister born after the founding of the People’s Republic of China.

Yang’s significance in China’s diplomacy lies with not only his personal success but also his softer approach, which complements Xi’s strong leadership style, particularly as China looks to strike the delicate balance of defending its national interests and minimizing potential conflict. Within China, Yang is widely considered the foremost American expert with his career shadowing some of the most important developments in modern U.S.-China relations. He is also credited with the creation of the term “the new type of major power relations,” a favorite way of framing U.S.-China relations among Chinese intelligentsia.

Another recent, unconventional development is foreign minister Wang Yi’s retaining his current position following a promotion to state councilor, succeeding Yang, in charge of foreign affairs. The consolidation of these two positions in China’s second highest-ranking diplomat further streamlines foreign policy coordination and implementation, given the Ministry of Foreign Affairs’ traditional low rank order. Wang is renowned for his confidence and charisma in handling regional hotspot issues, and for his forceful public defenses of China’s national interests. His “dual suspension” proposal to diffuse Korean crisis has garnered tremendous domestic support. An expert in Japanese affairs and former Chinese ambassador in Tokyo, Wang’s latest meeting with his Japanese counterpart, Taro Kono, was the first high-profile bilateral summit in eight years in the relationship.

The elevation of China’s diplomatic profile by promoting stellar, seasoned career diplomats aligns with President Xi Jinping’s vision to consolidate foreign policymaking at the top level of the CPC. Along with the ceremonial comeback of Xi’s most trusted ultimate “fixer” Wang Qishan as vice president of the country and his expected foreign affairs portfolio focusing on U.S.-China relations, the trio are further evidence of Xi’s greater personal control and power of the levers of government compared to his first term.

The current lineup of Wang Qishan, Yang Jiechi and Wang Yi indicates Xi’s commitment to a unified and centralized power of diplomacy that rests with the Party’s Central Committee. Working closely with Xi, they will be the state’s top personnel to implement policies to fulfill Xi’s diplomatic ideology and promise, at a time when U.S.-China economic woes and strategic rivalry become the “new norm.”

Zoe Leung is Senior Associate with the Asia-Pacific Program at the EastWest Institute (EWI), an international think tank headquartered in New York City focusing on conflict prevention. She oversees programmatic initiatives that bring together senior political and military leaders from the U.S. and other countries in the Asia-Pacific region to address critical issues, the solutions to which are crucial to maintaining a peaceful and stable region.

Image: Delegates attend the closing session of the 19th National Congress of the Communist Party of China at the Great Hall of the People in Beijing, China October 24, 2017. REUTERS/Thomas Peter​