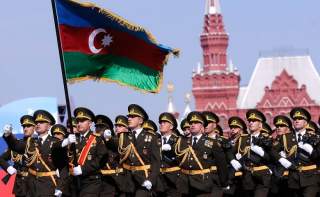 As mentioned earlier, for the twenty-five years since the Cold War, new states have emerged on the global map. Western countries favored the creation and secession of several states, such as Eritrea and South Sudan. However, the creation of new states has not improved the situation in terms of the liberties and freedoms of people living there. Before the Syrian conflict, the highest number of refugees in Germany were from Kosovo.

In the Middle East, the idea of independence for the Kurds attracts many supporters among Western politicians. What we see, though, that the situation in Iraq’s Kurdish region both in terms of security and human rights is not better than in the rest of the country.

Despite this, a myth is developing that the creation of new states will solve the problems that the people have been experiencing under current state arrangements. Economic hardships and the lack of good governance definitely have an impact on ethnic tension. However, the solution is not about making new borders but rather about creating conditions for central government to function properly and ensure the safety and freedoms of various ethnic groups living together. The solution is coexistence and cooperation—not the building of new borders and walls. Liberals around the world should strive for this vision of the globalized world.

Farid Shafiyev is Azerbaijan’s ambassador to the Czech Republic.