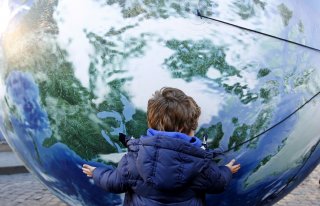 Of course, the United States could always pass a domestic carbon price and implement the CBAM normally. Carbon pricing has long been hailed in policy wonk circles as a uniquely effective, market-based climate solution. But for all its supposed effectiveness, the policy remains a distinctly heavy lift in American politics, and its future remains uncertain.

As it stands, the United States is at a crossroads on climate leadership. It can take a backseat on global warming, allowing its rivals to take advantage—or it can act swiftly, passing a carbon price and border adjustment to protect its interests, as well as those of the environment. The latter choice will require some bravery, to be sure—but will be necessary should the United States hope to have a hand in the future of the planet.

Thomas Hochman (@thomashochman) is a Fellow at Citizens’ Climate Lobby. His work has been featured in The National Interest, The Washington Examiner, and a number of other outlets.