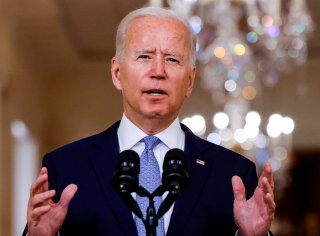 President Joe Biden is clearly not enthused about traveling to Saudi Arabia. He insists that his views on human rights have not changed and said he would not meet Crown Prince Mohammed bin Salman privately. The president has instead focused on “making peace,” a clear reference to convincing Saudi Arabia to sign a normalization agreement with Israel. Biden and his advisors continue to downplay the trip’s immediate priority: to press Saudi Arabia to increase oil production. His aides succeeded in getting OPEC to expand production targets by a few hundred thousand barrels per day (b/d) for July and August. But increased Saudi production (and experts debate how much they can actually increase on a sustained basis), will mean little if Libyan oil production remains unreliable.

Revitalizing the U.S.-Saudi relationship may have greater strategic significance, but more intensive American engagement with Libya is long overdue. It also doesn’t require moral compromise. Stabilizing Libya could quickly return between 500,000 and 1 million b/d to the market. It would also deal a strategic blow to Russia, which has deployed its Wagner Group mercenaries to Libya for at least three years.

Libya certainly has its challenges, but pumping oil should not be one of them. After the 2011 revolution, oil production rebounded unexpectedly to its pre-war level of 1.3 million barrels per day. Since then, it has reached up to 1.4-1.5 million b/d but also dropped to almost nothing during the 2014-2015 and 2019-2020 civil wars. Fields and export terminals need upgrades and investment. Much more significant, however, is the regular seizures of facilities to extort the interim government for payments or, in the case of the renegade General Khalifa Hafter, occupying fields and terminals in the areas he controls for revenue. At a time of soaring prices, Haftar has cost Libya over $3 billion in lost oil revenue. He is also costing Americans at the pump.

Solving Libya’s political turmoil is not an easy task. However, there are elements of a strategy that have not been pursued effectively. Currently, the United Nations (UN) is mediating negotiations between Libya’s two rival parliamentary bodies (both having long outlasted their mandates) to determine a “constitutional basis” for holding much-needed elections that have been delayed since last December. Elections are essential to put the country on a more stable footing. The parties made significant progress in the last round of talks but remain deadlocked on the issue of candidate eligibility, which is essentially code for whether Haftar or other problematic figures, such as Qaddafi’s son Seif al-Islam, can run for president again. A clear path to elections is more important than the scuffle over the legitimacy of the current interim government. The Libyan people are growing increasingly impatient as protests across the country against the entrenched leadership class spread because of the political stalemate and dearth of basic services.

The United States and its European partners have supported the UN’s efforts, but not sufficiently. At various stages, former German chancellor Angela Merkel and French president Emmanuel Macron have convened conferences to push for a peace settlement. But these efforts have not been sustained and it quickly falls to lower-level diplomats to wrangle the Libyans together. Additionally, more active regional players routinely undermine potential progress.

For its part, the United States has recently focused on an economic mechanism to push the Libyan central bank and the Libyan National Oil Corporation to address the primary grievance of eastern Libyans, namely, that oil revenue is not being distributed fairly and transparently. Fathi Beshagha, the parliament-appointed prime minister set to replace the internationally recognized Government of National Unity, admitted the strategy of blockading oil would end as soon as his budget was funded. The latest facility closures have decreased Libyan production by nearly  600,000 b/d since the beginning of 2022, equaling a reduction more than twice as much as the pledged OPEC increase from Saudi Arabia and the United Arab Emirates (UAE).

The United States is correct that there should be an impartial mechanism for distributing oil proceeds until elections are held. But that puts the cart before the horse. Such a financial concession would give Haftar and his allies like Beshagha what they want—control over oil revenue—without a guarantee of political compromise. If they obtain the revenue, they will no longer have an incentive to support elections.

It’s time to play hardball with Haftar, which successive U.S. administrations have been loath to do. He must be told unequivocally to lift any oil facility blockades before he can be accepted in any political process. As a U.S. citizen, his assets could be blocked and a recent civil court case against him in Virginia, where he is accused of torture, could be expanded. Egypt, his principal advocate, should be told that their support for Haftar is damaging U.S. interests. A word from President Biden to President Abdel Fattah el-Sisi during the upcoming Saudi summit should make clear that Egypt is also responsible for getting Libya’s oil production back online. At the same time, clashes between armed groups loyal to each side must stop. Egypt and Turkey, the main backer of Tripoli, could press for this condition since neither state has an interest in seeing a return to civil war. It’s hard to envision such diplomatic coordination taking place without active orchestration by the United States.

This September will mark the tenth anniversary of the tragic murders of Amb. Chris Stevens and three Americans in Benghazi. Before those events became a senseless political football, then-Vice President Biden delivered a moving tribute about Stevens and his colleagues in the lobby of the State Department as their names were added to the plaque commemorating diplomats fallen overseas. It was Ambassador Stevens’ goal to see Libya as a stable and prosperous country after suffering for years under a cruel dictatorship. That vision can only be realized during this precarious moment for the country with the active involvement of the United States, which happens to coincide with a much-needed boost to the global energy market.

Ben Fishman, a senior fellow at the Washington Institute for Near East Policy, served as director for Libya on the U.S. National Security Council staff from 2011-2013.