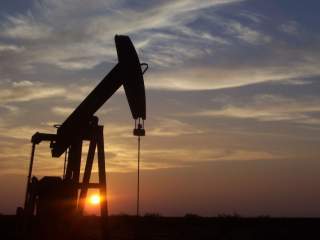 On August 25, Libya’s defunct General National Congress (GNC), a body formerly dominated by Islamist-leaning politicians, reconvened, declaring itself the sole authority of the land in opposition to the currently governing House of Representatives. This move seemingly pushed Libya ever closer to descending into a full-on civil war. On the other hand, Libya’s oil production is steadily on the rise, hitting 800,000 barrels per day (bpd) on September 10: about four times what the country was producing in June. In fact, Libya’s National Oil Corporation forecasts production to hit one million bpd by October.

While this spike in production remains notable, given growing reports of militia violence and chaos across the country, such gains remain vulnerable to the crises currently gripping Libya, and we may soon witness another tumble. Previous such predictions of a rise in oil production, by Libya’s Ministry of Economy in late 2013, were predicated on a more stable political and security situation in Libya than currently exists. Conversely, there are currently two parallel governments competing for control, with respective militias battling in the country’s two biggest cities, Tripoli and Benghazi. These hostilities have rendered two of the country's primary international airports unusable, restricted Libya’s over-ground border crossings with its neighbors, and have raised the specter of international military intervention.

This significant rise in production came about as a result of policies enacted prior to the deepening hostilities being witnessed today. Back in April and July, the GNC, when it was still legitimate, came to two agreements with eastern federalist rebels allowing for four important oil facilities to reactivate. These facilities—in Hariga, Ras Lanuf, Sidra and Zueitina—have only in the past two months begun to approach their full capacity. This is due to being in a state of disrepair after going months without use or maintenance. A similar deal in July allowed for the reopening of the Sharara oil field, Libya’s largest at 340,000 bpd.

Ongoing hostilities may harm oil production in a number of ways, albeit with a few caveats. Given the importance of oil exports to government revenues, the competing Islamist-backed and Tripoli-based GNC may attempt to restrict access to facilities in the country’s west, where its power is currently concentrated. Underlining this assessment, Zawiya, one of the country’s most significant oil terminals, as it is fed by the Sharara field, is located less than 50 kilometers west of Tripoli, which was recently taken over by the pro-Islamist “Libya Dawn” coalition.

Given the short distance, seizing this facility would likely not present a significant challenge to the pro-Islamist militias active in Tripoli. However, while such a move would prove disruptive to the House of Representatives, the GNC would likely be unable to leverage control of western oil facilities to its own profit, given American and international intolerance to illegal oil sales, highlighted by the March 2014 U.S. Navy SEALS raid on a rogue Libyan oil tanker.

Another potential measure to disrupt or take control of oil revenues by pro-Islamist elements lies in the seizure of Libya’s Central Bank, which receives and dispenses oil revenues, as well as maintains Libya’s foreign reserves. That said, such a move carries significant risks. In the event that “Libya Dawn” forces take control of the Central Bank, ownership of the revenues would likely be subject to legal challenges, and the international community may freeze Libya’s international assets as a result. Such a move has precedent, as Libyan assets were frozen during the 2011 civil war. The Central Bank has reportedly struggled for years to recover all its assets since, as its foreign reserves are largely held in bank accounts outside of the country. In this context, while such a move remains unlikely in the near term, given the consequences, militias have—in the recent seizure and burning of Tripoli international Airport—demonstrated zero-sum logic in interrupting their rival's income sources.

Finally, given the unstable security environment and governmental inability to enforce the rule of law in much of the country, the potential remains for tribal or other autonomous militias to disrupt operations at oil-producing facilities in an effort to settle disputes or address financial and political complaints. While the most prominent example of these disruptive tactics is in the activities of the now cooperative eastern federalist rebels, other armed groups may take the rebels’ success as an example.

Given the myriad factors at play in Libya’s political crisis, including militancy, outside intervention and a potential freeze on Libya’s foreign assets, the future of Libyan oil production remains unclear. However, what is likely in the short term is a rise in production, by tens of thousands of bpd, as additional capabilities of recently reactivated facilities come online, potentially hitting National Oil Company projections.

Jacob Steinblatt is an intelligence analyst, specializing in North African affairs, at Max Security Solutions, a geopolitical risk consulting firm based in the Middle East.