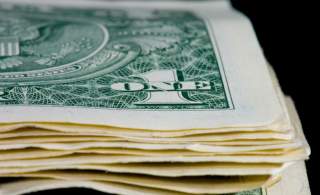 Research has found that Quantitative Easing exacerbates inequality, and its efficacy has been challenged within the Federal Reserve itself. QE is difficult to defend, because—unlike the more traditional shifting of the Fed funds rate—it works through transmission mechanisms that are hard to explain. Worst of all, QE, a powerful tool when used properly, becomes less and less effective the more it is used. Central banks need to take notice of the chorus of creative—often conflicted—ideas for how they should execute monetary policy in wake of global QE.

The recently elected Leader of Britain’s Labour Party, Jeremy Corbyn, has brought up the use of unconventional forms of QE. “People’s QE” is QE directed at infrastructure investment, and would have a less esoteric and more visible effect on the economy. The plan would create an infrastructure bank, and require the Bank of England to purchase debt issued by the newly formed bank. Instead of QE being ephemeral, it would now be a tangible policy for jump-starting an economy. Central bank intervention would become a more civic affair.

On the surface, Corbyn’s plan is entirely reasonable, but economists become uneasy when thinking about who would determine the size of the stimulus, and how it would be administered. Traditionally, there is a separation of monetary and fiscal policy decisions—responsibility for fiscal policy rests with politicians, and monetary policy is conducted by an independent board—preventing short-term political goals from affecting long-term monetary policy. The suggestion that monetary policy directly facilitate fiscal policy violates this preferred dynamic.

But monetary and fiscal policy coordination is not a new concept. The U.S. Congress has been contemplating a policy rule—basically a formula for setting key monetary policy rates. Last year, a group of Harvard economists including Larry Summers, pointed out that monetary and fiscal policy would be better off coordinated, or—at least—not positioned to fight one another. And it makes sense: The Treasury and Federal Reserve should not be working in opposition to one another, offsetting the benefits of each other’s policies. The Harvard team found that the costs equated to roughly one-third of the effect on long-term rates.

The targeted QE Corbyn describes is not entirely dissimilar from two recently executed QE strategies in the United States and China. Starting in November 2008, the Fed, in an effort to alleviate pressures in the system, purchased a substantial amount of MBS, directly targeting a distressed asset class that had been pummeled in the Great Recession. The action was not coordinated with the Treasury and had no direct impact on employment, but it was targeted at a specific area of need. China had local governments exchange old distressed debt for new debt extending maturities and pushing the problem down the road. Since much of this debt was issued to build infrastructure, the Chinese effectively executed the Corbyn plan, but in a different order. Instead of issuing local debt, having the central bank buy the local debt, then building the infrastructure; the Chinese issued local debt, built infrastructure, then had the central bank buy the local debt. Same steps, different order.

Corbyn’s plan (and a recent slew of similar plans) is indicative of the current trend in the way politicians view monetary policy. But it is also how central bankers are forced to approach the monetary policy of the future: creatively.

Creative monetary policy means Corbyn’s suggestion will not be the last, and central bankers will continue to talk and write about monetary policy at near-zero interest rates. With government debt ratios too high to do much in the way of fiscal spending, monetary policy induced building sprees are tempting—some are even suggesting tax breaks paid for with monetary policy. As long as the wall between monetary and fiscal policy stays up, these will remain suggestions. But unless there is a global recovery in the next few years, the wall will come down.

Future QE will likely take on differing forms depending on the reason for the economic slowdown. And the glass wall between fiscal and monetary policy will be challenged, if not tacitly broken. Because monetary policy is becoming less effective on the margin, new tools are likely needed. After QE, central bankers must learn to be creative, and in the process, the rules that shaped traditional monetary policy may no longer be relevant.