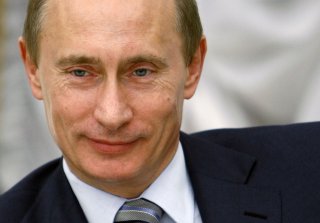 The decision by the Biden administration to waive sanctions on the Nord Stream 2 pipeline between Russia and Germany effectively greenlights the project. It is a bad decision that testifies to a lack of strategic thinking and a disregard for the political landscape in Europe. The effect may wreak long-term damage on U.S. interests.

The completion of the pipeline will give Moscow even greater influence on the European energy market. Also, now the completion of the project has Washington’s blessing. This bizarre choice not only reverses a cornerstone of Trump administration policies, one that enjoyed broad bipartisan support in Congress. President Joe Biden is also pulling the plug on a position that dates back to the Obama administration. Opposing Nord Stream 2 emerged as part of the response to the Russian annexation of Crimea. Is all that now forgiven? One might recall that candidate Biden presented himself as the Russia hawk, who accused Trump of being too soft on Putin, but now Biden is giving Russia one very significant assist.

It is impossible to justify the Nord Stream 2 decision on the basis of some improvement in Russian behavior. Matters have only grown worse: troops massed threateningly on the Ukrainian border, the human rights violations especially—but by no means solely—concerning dissident Alexey Navalny, and most recently the forced landing of the Ryanair flight in Belorussia, surely with Moscow’s approval. Instead, the administration presents its capitulation on the pipeline as part of its Europe agenda. The argument goes something like this: the Trump administration damaged transatlantic ties with our traditional allies, and since it is vital to reverse all-things-Trump, giving in on Nord Stream will allegedly repair the damage done to America's standing in European capitals. Unfortunately, this Europe-policy defense does not hold up to scrutiny. On the contrary, it is short-sighted and tone-deaf.

At best, one can argue that dropping sanctions is a gift to German Chancellor Angela Merkel who has consistently if unbelievably, argued that the pipeline is merely a business deal with no political dimensions. Not even members of her own Christian Democratic Party in the Bundestag believe that whopper. On the contrary, over the past year, German opposition to the pipeline has burgeoned, especially in the wake of the Navalny affair which was followed closely because the poisoned Putin critic was flown out of Russia to receive treatment in Berlin. Yet that dramatic story took place in the context of repeated Russian hackings of the Bundestag, as well as a notorious Russia-backed assassination in the very heart of Berlin. The net effect has been a shift in German public opinion, with growing support for increased defense spending as well as skepticism toward the pipeline. The Biden administration decision gives up on the ground American policy has been winning in Germany.

Instead, by volunteering to refrain from sanctions, Washington strengthens the anti-American, pro-Russian sector of the German public debate, the so-called Putinversteher. These apologists for Russian misbehavior are always inclined to offer excuses in order to protect business opportunities, and now they will be able to claim that even Washington is happy to give Moscow a pass. Yet the timing of the American decision is simply terrible. It is a gift to Merkel at the moment when she is barely four months away from an election that will end her tenure as chancellor, and as her political standing weakens due to her catastrophic mishandling of the pandemic. It makes no sense for Washington to be investing in her now.

The timing is also wrong because the Bundestag elections will likely put the Green party in the next governing coalition, perhaps even with a Green chancellor. The Greens oppose Nord Stream 2 because they see it increasing reliance on non-renewable energy and because they take human rights in Russia more seriously than does the Biden administration. Instead of preparing the ground for a collaboration with the next German coalition—Berlin and Washington would otherwise both be emphasizing environmental concerns—the decision to give de facto American approval to the pipeline puts a stumbling block in the path of future U.S.-German relations. Does anyone in the Biden team think ahead?

Transatlantic ties are, of course, not only about bilateral U.S.-German relations but support for Nord Stream 2 has always been mainly a German matter. Elsewhere on the continent, there has been vocal opposition, especially in the Central European countries on the eastern front of the European Union. From Estonia in the north to Bulgaria in the south, these countries, who all experienced the brutality of Soviet rule, have a much more vivid threat perception of Russia than do West Europeans. With some national variations, they are aligned with U.S. concerns about Russian malign activity. No wonder they are skeptical about a pipeline that links Russia and Germany directly, rekindling some nasty historical memories. Former Polish foreign minister Radoslaw Sikorski compared Nord Stream to the Hitler-Stalin pact that carved up his country between the two totalitarian powers, and he expressed particular resentment at Germany cutting this deal with Russia while keeping Poland in the dark.

The decision to lift pipeline sanctions will therefore not improve the U.S. standing in Central Europe. Not only will it disappoint many of these countries on the merits of the case. It will also lend credence to the aggressive Russian propaganda campaign in the region that paints the United States as unreliable. These small countries hardly need reminding that Russia is close and America is far away, but the Biden administration has just made Washington's influence a lot weaker, and it has thereby squandered important political capital. Given Cold War history, these countries have the potential to support US positions within the foreign policy deliberations of the EU, but thanks to the pipeline decision, Washington will find it harder to call on the Central Europeans when their political support is needed.

Meanwhile, in western Europe, the Nord Stream decision ends up giving political credibility to French president Emanuel Macron's campaign to reach out to Moscow. While his efforts reflect French commercial interests in Russia, they are, more importantly, part of his plan to replace NATO with an independent European defense capacity. His Gaullist endgame is a Europe positioned strategically equidistant between the United States and Russia, rather than a Europe embedded in a transatlantic alliance. That outcome is not in the U.S. national interest.

Opposing the pipeline was the right policy for the United States, and that opposition was widely shared in Europe, if not in some parts of the German political leadership. The Biden administration's peremptory reversal makes no sense, especially since pipeline champion Merkel is at the end of her career. In light of Putin’s treatment of dissidents, ending sanctions also makes the administration’s promise to put human rights at the center of American foreign policy laughable.

Even more egregious, the Biden team is making this gift, whether to Moscow or to Berlin, without gaining anything in return. It is low-hanging fruit to point out how this represents a return to the Obama-era style of gratuitous concessions. The bigger story however is the damage this will do to U.S. interests in different ways across the continent—losing credibility in the East, encouraging French ties to Russia, and hurting engagement with the emerging Green juggernaut in Germany. Far from improving U.S.-European relations, the Biden decision thoughtlessly undermines them.