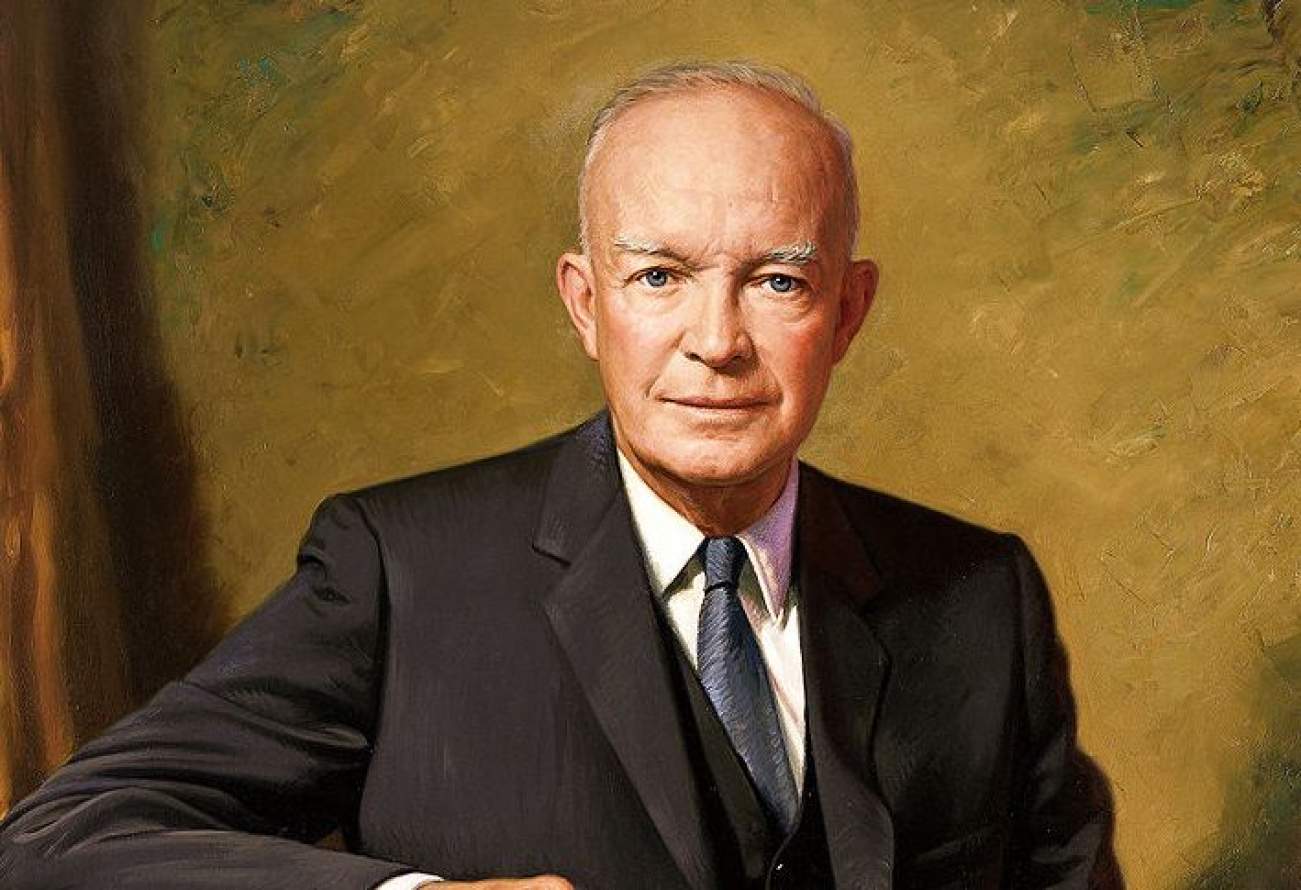 This is also an example of how leaders can become hoisted with their own petard. Ike’s warnings about the Soviet threat and the dangers of falling “dominoes,” when combined with his more restrained policies, left allies confused and critics emboldened. His tough talk often limited his ability to maneuver. He would not be the last president to come to regret overpromising while underdelivering.

But in this instance, history has proven kind. What was once seen to be appeasement later became considered wise and prudent. Dien Bien Phu was universally seen as a failure, with critics decrying such betrayal of close allies as an “Asian Munich” and as one of the most humiliating diplomatic defeats in American history. Yet seen in the larger context of America’s entanglement in Vietnam, this episode illustrates how hard it is for presidents to get credit for keeping the country out of trouble. It is reminiscent of the way George H. W. Bush’s decision not to take out Saddam Hussein after the 1991 Gulf War was perceived for years as one of weakness—and how, for subsequent presidents, the determination to show strength led to greater intervention with disastrous consequences.

There are also parallels to Syria today, where one sees similarities between Eisenhower’s struggles with intervention in Vietnam and Barack Obama’s approach to Syria—with Ike’s handling of Dien Bien Phu resembling Obama’s handling of the “red line.” Both presidents were reluctant to see the United States get stuck in a quagmire in regions considered vitally important yet impossible to fix; both tried to thread the needle between full-scale military intervention and doing nothing; and both faced harsh criticism from even their most ardent supporters for whiffing at the chance to show resolve. And like Eisenhower and Vietnam, Obama’s legacy will always have to account for his handling of Syria.

Eisenhower had considerable political skills, but he lacked an affinity for ideology. He tried to transcend partisanship, talking of forging a “middle way” between Republicans and Democrats, and even toying with replacing Vice President Richard Nixon with a Democrat on his 1956 reelection ticket or forming a new political party. He never got very far.

The key to Ike’s political success was that he was reassuring—his Midwestern mix of confidence and humility were a core part of his appeal. However, his presidency was buffeted by the anxieties it provoked, whether from aggressors abroad or enemies within. Although Ike tried to remake the gop into a party of “modern Republicanism”—lifting it out of the political ditch it had been stuck in for two decades before his election in 1952—he ultimately failed to build a lasting coalition. Moreover, the antibodies to Ike’s brand of centrist conservatism would only become more dominant—whether carried by McCarthy or Barry Goldwater, or eventually Nixon. Today it is hard to think of many Republican foreign-policy leaders who profess to want to carry forward the Eisenhower tradition.

Ike’s battles with McCarthy are especially instructive. The Wisconsin senator did not invent red-baiting (Nixon, among others, deserves blame), but he mastered its dark arts. Ike didn’t confront McCarthy directly, and in fact he caved to him when politically expedient—most shamefully by not coming to the defense of his friend and mentor George Marshall. Instead, he waged a Washington-style guerrilla campaign of carefully timed press leaks and legal maneuvers—a classic hidden-hand approach. Yet while McCarthy eventually self-immolated, the pathology he unleashed shaped foreign-policy debates for decades to come.

From today’s perspective, Eisenhower fought an admirable struggle against political extremism. We must wish there were more Republican leaders like him. Yet, ultimately, Ike failed.

He could not extinguish the fires McCarthy fueled—and whether it was Democrats being afraid to be seen as “weak” on national security, or Republicans susceptible to what historian Richard Hofstadter called the “paranoid style,” McCarthy’s nativist, pessimistic, cruel, fear-based legacy distorted the political debate about national security. One can see how it inflicted (and ultimately damaged) Ike’s successors who pursued a similar pragmatic, centrist approach in foreign policy—whether it was George H. W. Bush struggling with the twin challenges of Pat Buchanan and Ross Perot, or Barack Obama’s grappling with Trumpism. And, remarkably, right now we have a president who takes great pride in his direct lineage to the McCarthy era, having learned the trade from the senator’s young henchman, Roy Cohn.

These trends were apparent as Eisenhower’s presidency wound down. By mid-1957, Ike had achieved his high-water mark. He had overcome a series of health problems the year before that had kept him on the sidelines, yet still won a convincing reelection in November. That election coincided with an extraordinary eruption of global crises—with the showdown with the British, French and Israelis over Suez, and responding to the Soviet Union’s brutal crackdown in Hungary—which forced him off the campaign trail to preside over urgent White House meetings. It is hard to recall many other moments of such political and geopolitical intensity. The result left Ike newly emboldened. He felt the political winds at his back, and articulated a new security commitment to the Middle East—the “Eisenhower Doctrine”—which in many ways the United States still follows today.

But within a year, Ike’s political fortunes came crashing down. The economy sputtered, and in October 1957 the Soviets launched a 184-pound satellite into space. After Sputnik, Eisenhower began to lose control of his presidency’s narrative. The prospect of the enemy owning the heavens created a massive wave of fear, with Americans worried that Ike had been asleep at the switch while the Soviets pushed ahead. Eisenhower responded by delivering earnest speeches to try to reassure the public and put Moscow’s accomplishment in context while also launching a series of policy initiatives: rushing America’s own satellite into orbit, reforming the Pentagon and boosting the defense budget, and creating institutions like NASA.

Despite these efforts, after the Sputnik moment a powerful myth took hold: America was losing, it lacked resolve and it needed to be more aggressive in the world. Pundits like Joseph Alsop made bogus claims about the missile gap, and politicians like John F. Kennedy ran with them. Ike’s efforts to project calm and pragmatism were no match. He no longer seemed to be the confident sentinel or master statesman. Restraint was seen as weakness, pragmatism as lack of conviction, humility as defeatism. Despite Eisenhower’s frustrations with what he considered a “cult of professional pessimists,” his legacy proved vulnerable to the argument that it required a new generation to provide intellectual and moral strength.

Hitchcock sums up The Age of Eisenhower as an era defined by a government that is “moderate, efficient, empathetic, responsive, and compassionate,” leading with “restraint, wisdom, and a constant insistence on frugality.” Eisenhower’s presidency had no shortage of intense policy debates, and plenty of mistakes were made. Yet these attributes, which Eisenhower embodied, came to define what Americans expected from public service. Now, at a moment when we are giving Ike his due through thoughtful books and vast memorials in Washington, the question is whether this proud legacy can survive its greatest test.