The Little-Known Indo-Pacific Plan to Combat the Coronavirus 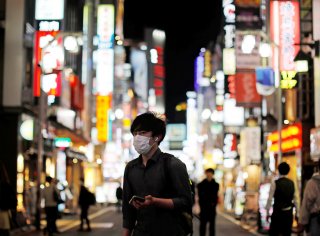 Is the Quad expanding its horizons? After a ten-year hiatus, this group of four Indo-Pacific region democracies—Australia, Japan, India, and the United States—formally resumed their quadrilateral dialogue in late 2017, and has been meeting twice a year since. Late last year, the group upgraded the dialogue to the level of foreign minister/secretary of state.

On March 20, officials from the Quad countries gathered to discuss a new issue: the coronavirus pandemic, also known as COVID-19. It was a virtual meeting, of course. And there was another new wrinkle: this time they were joined by three new partners—South Korea, Vietnam, and New Zealand. According to India’s Ministry of External Affairs, the seven countries “shared their assessments of the current situation with respect to COVID-19, and discussed ways to synergize their efforts to counter its spread.”

The call, described as a “Quad-Plus video-conference” by the Times of India, was reportedly organized by U.S. Deputy Secretary of State Steve Biegun. The seven countries are “expected to continue the conference call on a weekly basis, covering issues like vaccine development, challenges of stranded citizens, assistance to countries in need and mitigating the impact on the global economy.”

The videoconference appears less a formal Quad initiative than an assembly of like-minded countries determined to tackle a common challenge. Either way, it was a welcome development. It joins the Quad with Vietnam (the current chair of ASEAN), New Zealand (a “Five Eyes” partner), and South Korea, one of America’s closest regional allies.

Since 2013, the Heritage Foundation has organized annual Track 1.5 dialogues using the same terminology used in the Times of India report. The Quad-Plus Dialogue assembles officials and experts from the Quad countries along with a rotating external partner to explore areas of common interest. These “Plus” partners have included the Philippines, Indonesia, Singapore, Taiwan, France, and Sri Lanka.

Initially, the Quad-Plus Dialogue (QPD) was designed to encourage the original Quad members to reconstitute the formal discussions that collapsed in 2008. Since the Quad was revived in 2017, the QPD has explored ways to improve the group’s effectiveness, inform its agenda, and promote cooperation with like-minded external partners. To that end, we were encouraged to see the Quad hold its first counterterrorism exercise in India in late 2019—one of the Heritage dialogue’s focuses.

This month’s “Quad-Plus video-conference” was another step in the right direction—one with an important precedent. The origins of the Quad trace back to the devastating Indian Ocean tsunami of Christmas 2004 that claimed an astonishing 230,000 lives. In the aftermath, Australia, Japan, India, and the United States formed a Regional Core Group, serving as first responders until the United Nations sprang into action in mid-January.

A Quad-Plus response to the COVID-19 crisis would carry forward this tradition and strengthen the foundations of the Quad 2.0. It also makes a lot of sense: crisis response, humanitarian aid, and disaster relief are areas where the four democracies are highly capable, face little internal political resistance, and can expand their soft power reach in the Indo–Pacific region. Finally, it offers the Quad a valuable opportunity to gain experience forming functional coalitions with Plus-partners to tackle pressing regional challenges.

If history is any guide, what looks like a small step forward for the Quad today could have larger implications for regional security and stability in the years ahead.