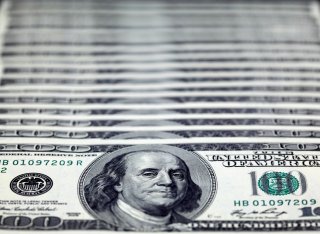 History will judge the American political class harshly if Congress and the White House prove themselves unable to compromise on a fiscal stimulus package before the November election.

A delay in a second stimulus package would increase the odds that the U.S. economy will experience a double-dip economic recession. Additionally, it would make it all the more difficult for the United States to extricate itself from its worst economic recession in the past ninety years. It would do so as an increasing number of households and companies would be forced into bankruptcy and debt default.

That the U.S. economy now needs another sizable fiscal stimulus package would seem to be beyond question. As Federal Reserve Chairman Jerome Powell keeps noting, the high-frequency data, including the recent disappointing employment numbers, strongly suggest that the U.S. economic recovery is already stalling and in need of more policy support. Worse yet, it is doing so at a time that the economy has regained only around half of the twenty-two million jobs that it lost in the pandemic’s wake.

Heightening the urgency of the need for an early fiscal boost are growing indications that the US economy could soon be hit by economic shocks coming from at home and abroad.

At home, the health experts are warning of the real risk of a damaging second wave of the pandemic as the fall and winter months approach. Were that to happen, it could result in at least the partial rolling back of the lockdown’s easing that would be a drag on the economy. As to the potential shocks that could emanate from abroad, both the International Monetary Fund and the World Bank are now warning of a very much less favorable international economic environment in general and the risk of a record wave of emerging market debt defaults in particular.

Further heightening the need for an additional fiscal stimulus package is the desperate economic straits in which many households and small businesses now find themselves. The supplemental unemployment insurance benefits for those losing their jobs as a result of the pandemic ran out at the end of July. Meanwhile, the generous Paycheck Protection Program that helped small businesses keep open and stave off bankruptcy ran out in August. Without additional early support, all too many of these businesses will permanently go under.

Making the lack of a compromise between Congress and the White House all the more difficult to understand is that both sides acknowledge that the economy is in urgent need of major budget support. While Congress thinks that a package of some $2.4 trillion, or over 10 percent of GDP, is needed, even the White House is suggesting that a fiscal boost on the order of $1.5 trillion, or around 7 percent of GDP, would be appropriate.

Beyond the dollar amount of any new package, what further separates the two sides is the composition of any such package. Both sides agree that there should be another round of checks sent out to lower-income households and that additional support should be provided to small businesses and to the airline industry. However, the White House disagrees with Congress’s idea that the $600 a week supplemental insurance benefit should be reinstated or that generous aid should be provided to troubled state and local governments.

In today’s charged political climate, it would seem to be all the more urgent to have Congress and the White House reach a compromise on a fiscal boost before the November election. With the economic recovery already stalling and with unemployment still very high, the economy can ill-afford another few months of policy inaction. Yet that is what is all too likely to happen in the event that an agreement is not reached before the election especially were the election results to be challenged or were there to be a change in administration.

Earlier this year in the depth of the recession, in the country’s best interest, parties from both sides of the aisle put aside their differences to enact the CARES Act—the largest peacetime fiscal stimulus on record. With the U.S. economy still so fragile and so vulnerable to another leg down, one would hope that bipartisan agreement can once again be reached to address the current difficult economic situation. Unfortunately, however, all the clues seem to suggest little likelihood of that happening anytime soon.