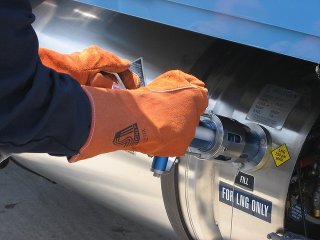 It is now common knowledge that horizontal directional drilling and “fracking” in the domestic oil and natural gas production industry have reversed a generation of production declines in the United States. But unlike Obama Administration accounting, which pretends it can save the same dollar it is spending twice, we cannot spend (i.e., combust) the same natural gas molecules twice. More specifically, the United States cannot both (a) become more energy independent and (b) save Europe from the Russian energy bear. Accordingly, substantial liquefied natural gas (LNG) exports to Europe are simply a politician’s pipe dream—one that will never even have an opportunity to go up in smoke.

Why is that? In 2013, all European Union states plus Switzerland, Norway, Turkey and the Balkan states consumed 18.7 trillion cubic feet (Tcf) of natural gas. According to the U.S. Energy Information Administration (EIA), 30 percent, or 5.7 Tcf, of this gas was supplied by Russia. Can the United States supply this amount of gas to greater Europe?

Mr. Putin has access to the same energy facts as Mr. Obama. They both know that there is no chance that the United States can reliably supply 5.7 Tcf to Europe. Here is why:

But what about all of the new shale gas from fracking coming online?

Even with enhanced supplies from new production, the United States is still importing 1.3 Tcf annually. And although shale gas production will continue to increase, more of that supply will be needed in domestic electricity production, as the Obama Administration continues its war on coal and coal-fired electricity production. The bottom line is that there simply will not be enough from the United States to carry Europe as well.

That is particularly true in light of two important facts: Natural gas production in Europe itself is falling as Norwegian gas production declines. In addition, the political situation in North Africa remains volatile. That region, which supplies a substantial amount of gas to Europe, simply is not a reliable partner on which Europe can count for increasing supplies of natural gas.

At current domestic natural gas prices, LNG delivered to Europe would require a price of over $9 per thousand cubic feet (Mcf) to offset liquefaction and transportation costs. Russian gas is produced for fifty cents per Mcf and is delivered by pipeline in gaseous, not liquefied, form. Accordingly, Russia can undercut, substantially and indefinitely (given their giant in-ground supply), U.S. LNG exports.

Moreover, existing liquefaction and loading facilities do not have the capacity to supply Europe, even if there were ample gas supplies in the United States. The capital cost of new facilities would require decades to amortize. But if political problems with Russia are not perceived by the Europeans as lasting for twenty or more years, Europe is not likely to forsake Russian gas for decades in order to enter into long-term supply contracts with U.S. LNG suppliers. Of course, without such long-term supply contracts, there is no basis on which to finance and build sufficient LNG facilities to supply Europe in the first place.

The Real Beneficiaries of LNG Export

The problem with the domestic natural gas industry is that there is no “world market” for natural gas. It is easy to ship oil internationally, so there is a world market price for petroleum. If oil demand in one region increases, the oil tankers literally are rerouted there. Not so with natural gas. Natural gas producers are captives of where the pipelines begin and end, so they cannot capitalize in the short or medium term on increasing gas prices or increasing gas demand in a particular region, like Europe.

But LNG can be shipped anywhere, just like oil, and at the world price, instead of merely the domestic price. LNG also can replace oil in truck fleet transportation, so demand for LNG will increase, if fleets are converted from diesel to LNG or even compressed natural gas (CNG). Indeed, the conversion from diesel engines to LNG and CNG engines is well underway in the United States.

U.S. LNG exports may not give Europe independence from Russian gas, but they will allow domestic producers to raise prices. Good for producers, but not necessarily good for domestic gas consumers.