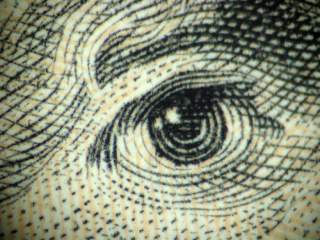 Pension plans for state and local government employees have faded from national news since the Great Recession. But that does not mean that rising pension costs have abated or the danger to public finance has passed. In many ways, things have grown worse. Fewer governments are making the full pension contributions, while they rely on riskier investments to make up the difference. That is a volatile combination for state and local government finances.

Most public-sector employees participate in traditional “defined benefit” (DB) pensions, which promise a guaranteed monthly benefit at retirement. If the plan’s investments are insufficient to pay those benefits, the government—meaning, ultimately, the taxpayer—must make up the difference. DB plans differ from the “defined contribution” 401(k) plans used by most private sector workers, wherein the employer promises a certain contribution but makes no guarantees regarding the ultimate benefit the worker will receive at retirement.

In the past, public employee pensions were not a major factor for state and local governments, as public pension funds were small relative to the budgets of the governments that sponsored them, and pension investments were mostly low-risk. In 1975, for instance, a typical public plan had an investment portfolio equal in size to about 50 percent of the government’s overall budget, and it held about one-quarter of its assets in equities or other risky investments. Thus, significant investment losses were unlikely and those losses, when they did occur, were small relative to overall public budgets that had to cover those losses.

Today, pension funds have tripled in size to about 150 percent of their sponsors’ budgets, and pensions hold roughly three-quarters of their assets in risky investments such as stocks, private equity and hedge funds. The growing size of pension funds relative to government budgets makes any percentage loss in the fund more costly for governments to make up, and the increasing risk of pension investments makes those losses more likely. While government budget planners crave stability and predictability in their annual pension contributions, the increasing size and risk taking of U.S. public plans makes this goal impossible, even using actuarial methods such as smoothing investment losses over long time periods.

Investment volatility has pushed annual contribution rates to levels that the governments cannot or will not pay. The average pension plan’s annual required contribution from the government rose from 8.6 percent of employee wages in 2001 to 27.2 percent in 2013, the last year for which full data are available. But fewer than six in ten governments actually made their full pension contribution.

And even these figures are optimistic, since U.S. public pension accounting rules allow governments to contribute far less than is required by corporate pension plans or public employee plans in other countries. In other words, U.S. public pensions set a low bar for funding—and even then fail to meet it.

For all the cost and risk that pensions impose on state and local government budgets, these plans are only marginally successful in their goals of attracting quality public employees and providing these employees with a secure retirement.

Yes, long-term government workers generally fare extremely well under public plans, receiving far higher benefits than they would under a 401(k) plan. In states ranging from California and Oregon to Nevada and West Virginia, the average state employee who works at least a thirty-year career can expect to receive over $1 million in lifetime pension benefits. In many states, a full-career public employee can retire with an income nearly as high as they received while working.

But short- and medium-term public employees don’t do nearly as well from public plans due to the “back-loading” of these plans’ benefit formulas. A new twenty-five-year-old public employee could work through age forty-five while accumulating very little in the way of retirement benefits. For young mobile employees, who might provide a decade or so of quality public service before moving on to another job, defined benefit pensions are far inferior to more portable 401(k) plans and do nothing to attract them to public service.

It is in mid-career—say, from ages forty-five to fifty-five—where public employees accrue the lion’s share of their benefits. As a result, a middle-aged public employee simply cannot afford to quit, even if he is burned out and would prefer to work elsewhere. It is not merely union rules that make it difficult to fire an underperforming mid-career public employee. It is that such an employee who quits would leave literally hundreds of thousands of dollars in future pension benefits on the table.

Government employees deserve a decent retirement. And taxpayers deserve retirement programs that operate at reasonable cost and reasonable risk. There is no reason why a modern, well-run 401(k)-type plan cannot do that. Despite a sometimes poor reputation, 401(k)s have been the center of great innovation in recent years. For instance, today 59 percent of workplace pensions automatically enroll employees, versus only 14 percent in 2001, a policy that can significantly increase employee participation rates.

Likewise, 41 percent of employees today invest their 401(k) plans in “target date” funds that automatically reallocate their portfolios, versus just 19 percent of participants in 2006. Target date funds help employees who lack the financial acumen to rebalance their portfolios on their own. In response to high administrative costs, more than 80 percent of 401(k) plans today offer low-cost stock index funds, which helped reduce fees by 20 percent in the past three years alone. And the Treasury Department recently enacted regulations making it easier for 401(k) plans to incorporate annuities, which convert lump sums into to a guaranteed income that lasts for life.

For public employees, 401(k)-type plans offer portability—the ability to change jobs without suffering sometimes severe financial losses. And for taxpayers, 401(k) plans offer transparency and accountability: unlike defined benefit plans, where actuarial methods can hide costs and put off needed contributions, the promised employer contribution for 401(k)-type plans is clearly stated, and it is easy to tell if a government fails to keep its commitment.

Defined benefit pensions for public employees have changed from small plans taking little risk to financial giants, whose increased risk taking can destabilize state and local government budgets. If state and local governments cannot make their full pension contributions today, years after the end of the recession and using funding standards far looser than are applied to other pension plans, one can reasonably ask when they will be able to do so. Both taxpayers and public employees deserve for these plans to be reformed.

Andrew G. Biggs, a resident scholar at the American Enterprise Institute, was deputy commissioner for policy at the Social Security Administration and co-vice chair of the Society of Actuaries Blue Ribbon Panel on Public Pension Funding.