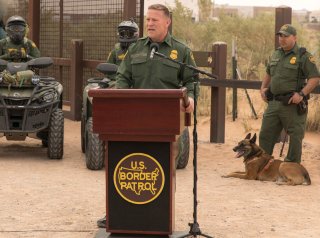 Both sides of the Atlantic Ocean could witness migration crises this year. But the number of illegal arrivals is likely to be much smaller in Europe than in the United States.

That’s in large part due to the role of gatekeepers: nearby countries with which the European Union (EU) and various member states made agreements to stop, or at least mitigate, the flow of irregular mass migration.

The scope of the challenge is huge. In 2022, the European Border and Coast Guard Agency, Frontex, detected approximately 330,000 irregular entries at the EU’s external border. This number does not include the more than 13 million people who left Ukraine after the Russian invasion and who, thanks to the EU-Ukraine visa-free agreement and the temporary protection directive activated by the EU in March 2022, crossed the border legally into the EU. In the case of the United States, border “encounters” totaled 2.38 million in the 2022 fiscal year, not to mention undetected illegal entries, which, according to some analyses, could add hundreds of thousands to that figure.

In Europe, however, if we examine longer-term trends (with the exception of the 2015 migration and refugee crisis), irregular arrivals over the last five years were between 126,000 and 330,000 per year. By comparison, the number of encounters at the U.S. Southwest border never fell below 458,000, even at the peak of the COVID-19 pandemic (and its travel restrictions) and with the strict border policy of President Donald Trump in 2020, almost four times the similar European rates.

Why such a difference? Do people from the Middle East and Africa simply have less of a desire to come to Europe? According to the African Youth Survey and IPL, this is not the case: millions of people have the intention to move to the EU. And, if they manage to reach the relatively open sea border of Europe, it is almost impossible to send them back. Between 2015 and 2019, only 19 percent of non-EU citizens with orders to leave were returned to countries of origin outside Europe.

Then why can’t more of them reach the southern border of Europe? The gatekeepers.

From Turkey and Egypt to Niger, Senegal, and Morocco (just to mention a few), Europe has an extended network of agreements, cooperation, and common policies with states that have tools to stem illegal migration toward the EU. Perhaps the most famous example is Turkey, which hosts at least 3.6 million Syrian nationals and hundreds of thousands of other refugees.

Following the EU-Turkey Statement, Ankara agreed to prevent migrant crossings toward Europe. As compensation, the EU and its member states have mobilized €9.5 billion ($10.3 billion) for refugees and host communities since 2015. While it seems like a significant amount, compared with the potential cost of managing millions of new irregular arrivals, it is really a cheap solution.

There are similar understandings all along the Mediterranean coast. For instance, in the first nine months of 2022, Morocco foiled 40,000 illegal crossings toward the EU. In compensation, Brussels pledged € 500 million ($540 million) in development assistance for Morocco’s migration management efforts. In October 2022, in reaction to increased irregular migration from Egypt, the EU signed an agreement with Cairo on an €80 million ($87 million) border management program to “help Egypt's coast and border guards reduce irregular migration and human trafficking along its border, and provides for the procurement of surveillance equipment such as search and rescue vessels, thermal cameras, and satellite positioning systems.” There were at least 9 million migrants in Egypt in 2022—3 million more than the previous year, mostly due to unrest in Sudan and the economic consequences of Covid-19. Many arrived in Egypt illegally with the intention to move on to Europe—without measures taken by the Egyptian government, they would have.

Collaboration with gatekeepers is not without challenges and risks. Nevertheless, Europe’s experience over the past decade shows that it is an important instrument in the protection of Europe’s external borders. Indeed, without the assistance of partner countries, the number of arrivals in Europe would increase exponentially.

In comparison, the United States has modest agreements with gatekeeper countries, some elements of which—for instance, Migrant Protection Protocols, better known as “Remain in Mexico”—were jeopardized in recent years. Much of the previously promised aid for certain transit states and countries of origin—such as the $4 billion package of assistance to El Salvador, Guatemala, and Honduras—hasn’t materialized. Therefore, countries south of the U.S.-Mexican border have little intention of stopping the flow of irregular migration. President Joe Biden’s recent summit in Mexico is not likely to change this; the policies outlined by the three North American leaders may well increase the flow of migration.

Walls and proper border policies are key instruments for solving migration crises. But it is also true that the protection of a country does not start at its borders. In the age of irregular mass migration, gatekeeper states must be part of a durable solution—even if it requires attention, and sometimes financial investment, from the destination country.

Viktor Marsai, PhD, is the Director of the Budapest-based Migration Research Institute and an Andrássy Fellow at the Center for Immigration Studies in Washington, DC.