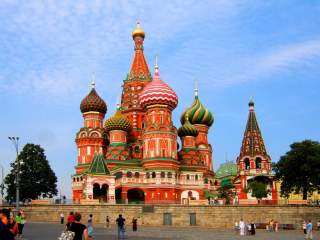 If we are about to launch yet another “crusade” and our outlooks are fundamentally different, then the conflict admits of no solution other than that there can be just a more or less prolonged “peaceful coexistence” as a prelude to an eventual head-on collision. If Carthage is innately and essentially vicious, it must be destroyed. The question is who is Carthage and who is Rome. And that question is really not very difficult to answer: Rome survives. All the rest is a matter of tactics and methods. The possibility for maneuver and resourcefulness is locked within this narrow alley.

That is precisely what both Moscow’s and Washington’s approaches looked like throughout a greater part of the classical Cold War. The zero-sum game was played best in the limelight of ideological irreconcilability at the most acute moments of political confrontation (in Berlin in 1953, Hungary in 1956, Cuba in 1962, Czechoslovakia in 1968, and Afghanistan in 1979–1989). Meanwhile, as the Soviet model continued to corrode, certain ideas pushed their way to the surface. First, they gained a niche for themselves within the domain of the official Marxist-Leninist ideology, then pushed the latter away and replaced it with values and concepts that were very unusual for that time.

A more or less similar process, naturally with certain allowances for the pluralistic nature of the Euro-Atlantic ideological universe, proceeded in the camp of the antagonists of the Soviet-Communist bloc. Very soon these processes brought into being the term “convergence,” understood first and foremost as a mutual penetration and interweaving of values and principles underlying the socio-political systems of capitalism and socialism (as interpreted in the Soviet Union).

Inside one bloc, the free market economy began to be mentioned ever more frequently as the sole way of overcoming chronic economic problems (by no means canceling socialism but, on the contrary, making it stronger). In China and Vietnam, this ideological ploy, masking a fast-tracked transition to a fundamentally new mode of life, is still deployed by the authorities. In the meantime, the West suddenly remembered that the system of communist ideological formulas was a direct descendant of the great Western ideas that took shape in the era of the Renaissance. Much later, those ideas took root in Eastern Europe and Asia, where local radical fanatics adjusted the life’s work of two bearded German thinkers to the practical needs of attaining, at last, the ultimate and resolute truth—first in their own haven, and then the world over.

The advent of perestroika, or “new political thinking,” was a direct outcome of convergence. Moreover, it was a foreign-policy offshoot of that concept. Incidentally, all that graphically manifested itself in the heritage left to us by our outstanding contemporary, Andrei Sakharov. Many believe that the father of the “new political thinking” was Mikhail Gorbachev. Indeed, that phrase was one of the former Soviet president’s hobbyhorses. But the roots of that outlook can be traced back to the 1970s, when a group of ambitious and talented people at the administrative staffs of the Soviet Communist Party’s Central Committee, at the Foreign Ministry and at the Soviet Academy of Sciences’ think tanks succeeded in their efforts to push through to the high-ranking officials the idea of a fundamentally new approach to European identity and security. That idea took the shape of the Helsinki Process. In the most general terms, Helsinki was a certain common understanding of the priorities and values of a future long-term pan-European sociopolitical development.

For nearly twenty years, these common values existed in some sort of clandestine form. At the turn of the 1990s, they were adopted officially by the heads of state and enshrined in the Paris Charter, which proclaimed a strategic goal of building a united Europe from Lisbon to Vladivostok. But alongside this process, a movement in other conceptual directions started gaining momentum. It would be appropriate to mention the most significant of them—the concept of the split of Europe and the concept of Europe’s dissolution.

A very large party of the Bourbon persuasion—“They had learned nothing and forgotten nothing,” per Talleyrand’s alleged quip—was campaigning for a split of Europe. By tradition, Europe had always had a strong Russophobic line of thought. The followers of this trend professed this emotional and intellectual negativism towards Russia mostly because Russia was a strong and vast country and for that sole reason immanently dangerous. In that sense, tsarist autarchy and Communist totalitarianism did not make much difference. Only such factors as strength and geopolitics mattered. Russia began to be liked only when, after December 1991, its traditional, historical image collapsed and the above-mentioned factors diminished into insignificance. It was in that period that a majority of the European public at large (including the Russophobic wing) eagerly recognized Russia’s right to share common values with Europe—even though President Boris Yeltsin’s use of “common values” in practice in the autumn of 1993 bred some very strong doubts among rather large groups of quite democratically-minded Russian society.

Yet most significant was the belief that the more smaller “Russias” that exist, the more easily they are recognized as being “democratic.” This reminds me of a remark made by François Mauriac: “I love Germany so much that I am glad there are two of them.” In our case, the feeling of happiness would be directly proportional to the number of newly emerged states.

As Russia started showing signs of revival, debates over common values grew ever more vigorous. Those debates were tightly linked to day-to-day political realities and priorities, which became especially evident during the Yugoslav crisis.

In the meantime, the real discussion of pan-European values has proceeded and is still going on, not along the border between Russia and the rest of Europe but inside each individual country of Greater Europe. For instance, there is a discussion of the cultural and civilizational sources of Europeanism—it is worth recalling the fate of the European Constitution, which was dismissed because it was impossible to achieve consensus on inclusion of a provision about the leading role of Christianity in the formation of European identity.

Meanwhile, the U.S. fears that a powerful and long-standing opponent may emerge in Europe not just to U.S. geopolitical leadership, but also to a far more important cultural and civilizational one. Many in the United States are perfectly aware that whatever material wealth may be amassed in North America—and however superior U.S. science and education may be—a united Europe has an immeasurably greater quality impact on people’s minds and hearts by virtue of its very special historical and cultural heritage. That heritage can offer an effective, worthy competition to U.S. “soft power” better than anything else.

Thus the attempts to “dissolve” Europe in a vague and uncertain Euro-Atlantic space, stretching everywhere and nowhere, but invariably governed from Washington. This policy has met with active support from the “New Europe” group of countries between new, united Germany and new, segmented Russia. Those who may find this assumption of mine questionable should recall the rifts between “old” and “new” Europe that have taken place until recently.

Clearly, the wish to keep the EU core under control is the United States’ underlying motive. As for “New Europe,” it remains under a pall of historical fear over Russia’s “imperial genes.” True, efforts to heal those fears were not exactly the strongest side of Russia’s foreign and cultural policy lately. Subconscious fears are to be cured and not cultivated. This is the only correct way to address the strategic tasks facing Russia in the twenty-first century, a time when the factor of territory does not really matter. It is far inferior to such a factor as time gained or time lost.

The point at issue is a debate among Europeans inside Russia and outside of it about the degree of common and distinguishing features in the concept of Europeanism. Fyodor Dostoyevsky wrote: “The more nationalist we are, the greater Europeans (‘universal humans’) we will become.” Russia’s Slavophiles, those wonderful disciples and followers of German and, consequently, European romanticism, dedicated themselves mostly to Russian folklore, culture, customs and historical skills of self-government. (Those skills, incidentally, were very similar in type and moment of emergence to many European socioadministrative entities, in particular, Eastern European ones.) The Slavophiles were essentially quite European, as they saw the Russian sociocultural phenomenon as a very bright and distinctive part of the pan-European trend.

MANY RUSSIAN Westernizers, however, interpreted Russia’s Europeanism in a far more mechanical and one-dimensional fashion. Very important for them were superficial similarities, while dissimilarities were often interpreted as negative and even disgraceful traits of backwardness and savageness. In some respects, the Westernizers were quite fair (for instance, as regards serfdom); in others, very wrong. But the problem is that even serfdom in Russia looked pretty much like European phenomena observed in earlier historical periods. In the meantime, many European thinkers (and Russians too) were trying to put up an intellectual Great Wall between Russia and Europe, proposing no end of strongly biased ideological concepts and going to great lengths to prop up that wall with historical arguments they had selected arbitrarily or torn from historical context.