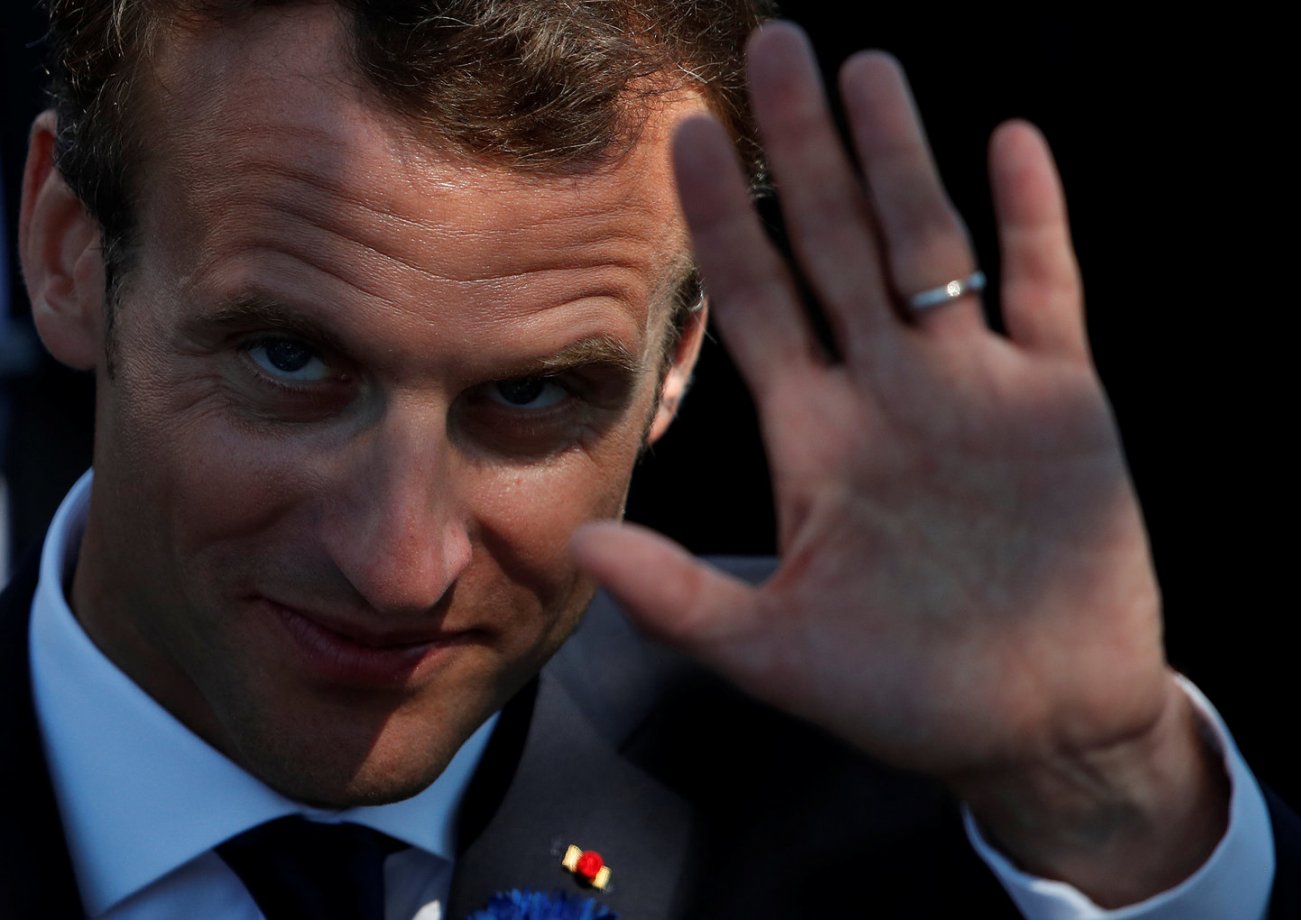 French President Emmanuel Macron, almost from the day he took office, has pushed for greater integration in European fiscal and banking policies, including a Eurozone-wide finance ministry and zone-wide banking regulation. These steps, he has argued, will end the succession and financial crises that have plagued Europe since 2010 and also the growing nationalist feeling that he connects to these troubles.

He is wrong. Fiscal and banking integration may serve a useful purpose, but they certainly will fail to stem Europe’s financial and economic problems, much less the growth of anti-EU nationalism. The anti-EU feeling goes a lot deeper than Europe’s financial problems, great as they are. Meanwhile, the crises will continue until Europe’s so-called periphery engages in structural reforms that dispense with the labyrinth of rules and protections for favored groups within society—a kind of crony capitalism that has destroyed the economic dynamism of much of the continent.

While Macron and France push for integration, the Germans have only exhibited reluctance. Berlin sees unified budgeting, banking and debt management less as a means of control than as a way to shift debt burden from the Union’s weaker economies onto its stronger economies, mostly Germany. The Germans are correct. Without attention to the structural matters that support crony capitalism, that is just what integration will do. It is only reasonable then that German Chancellor Angela Merkel has responded to Macron’s pleas with watered-down compromises, while Berlin has made it clear that it will go no further down the road that Macron has mapped out until France, Greece, Italy, Portugal and others exercise enough budget austerity to make their public debt sustainable.

The French proposals carry a curious irony that may hint at why neither side in this debate cares to look at the underlying structural problems. After France conceived of the currency union and secured German support, enthusiasts sold the project on a number of bases. Most telling among them, and likely most convincing to governments in Europe’s periphery, was the claim that members of the currency union could borrow more than previously. Because the euro would offer more stable value than the lira or drachma or escudo, the argument went, Italy, Greece, Portugal, and other smaller economies could borrow on more favorable terms than previously and so carry more debt, presumably for development. Now that an excessive use of debt has brought on financial instability, France wants to centralize control to stop what was a primary argument for the euro in the first place.

None of this—neither the French push for integration nor German insistence on budget austerity—will help. The problem is that Europe over the years developed counterproductive regulatory structures that can only be described as a kind of crony capitalism. Bowing to the demands of powerful unions, France, Italy, Greece, and others created labor codes that set rigid rules on hours as well as hiring and firing. These have made it expensive if not impossible to lay off workers or even dismiss them for cause. By making employers reluctant to hire new workers, these rules protected those already in place at the expense of others. Meanwhile, business demands for protection in this scheme further institutionalized economic problems by prompting the respective governments to enact a thicket of product and licensing rules that protected existing firms from competition and so stymied new business development. For a while, a lot of borrowing disguised problems and allowed those economies to look stronger than they were. But that now is at an end.

Germany had similar problems. Indeed, their destructive effect on that economy prompted The Economist magazine in the 1990s to refer to Germany as the “sick man of Europe.” But earlier in this century, Berlin responded to a spate of structural reforms that swept away such rules and made both labor and product markets more fluid, encouraging more investment, productivity growth, and expansion than previously. Accordingly, Germany has seen much more rapid growth and enjoyed lower rates of unemployment than France and other economies that retained such rules. At last measure, for instance, German unemployment averages less than 4 percent of the workforce compared with almost 10 percent in France, 11 percent in Italy, and almost 21 percent in Greece. It is strange, given Germany’s relative success, that Berlin, rather than proposing comparable reforms for these other countries, has instead stressed a budget austerity that has only compounded the growth-destroying effects of their misguided regulatory policies.

A bright spot in the picture is that France under Macron has begun, though only just begun to make reforms similar to Germany’s. To encourage employers to hire more full-time workers, the new president has eased restrictions on firing for cause and laying off workers when business fluctuations demand. To allow French business more flexibility to react to changing market conditions, his reforms would reduce union power in setting national work rules and allowed each firm to deal directly with its own employees rather than through national organizations. To ensure investment and expansion, he has reduced taxation on corporations and on investment income. He also has plans to press government to consider the economic costs of its licensing and rule making. In taking these steps, Macron has set the French economy on a path to greater economic dynamism and growth.

To the extent that he has pursued these reforms to please the Germans and get them on board with his integration scheme, then he has done France a good turn for the wrong reason (though to be fair, he has shown a keen awareness of the country’s reform needs quite aside from relations with Germany.) He would do the rest of Europe more good by pressing his fiscal integration agenda less and leading through the example of France’s turn to reform.

To some extent, Spain and Portugal have recognized the needs. To be sure, their reform efforts in this regard have been spotty and their finances can hardly be described as strong. If Spain and Portugal are not yet out of the woods, so to speak, they are much less lost than they were some years ago. Their efforts have reduced the threat to Eurozone finance, at least at the margin. Meanwhile, Greece and Italy have hardly moved and the chances of serious reform in these countries looks slim at best.

For Italy, the problem, not surprisingly, is politics. The nation’s leadership has several times during the last eight years identified the need for the kinds of structural reforms Germany took and France seems to have started taking. But Italy’s infamously balkanized politics has always blocked the effort, no matter how clear its proponents have made the need. Since the latest election has given power to more nationalist groups, the temptation to blame problems on others and avoid hard decisions in Rome has grown more pronounced.

For Greece, the need for structural reform to disentangle its version of crony capitalism is patently clear to all who have even a passing familiarity with that economy. The International Monetary Fund has made the case as has the Organization for Economic Cooperation and Development. Even the Greek government has outlined the need. But Greece, consistently under center-right or socialist governments, has resisted efforts at any meaningful steps. The interests that benefit from the country’s dysfunctional system evidently are so powerful that various very different governments, rather than make changes, have imposed terrible economic hardship on the country to win German approval of EU loans.

Though Macron’s proposals for zone-wide fiscal and banking integration carry little objectionable in themselves, they do carry danger nonetheless by giving Europe yet another way to distract itself for the need to dismantle its dysfunctional approach to economic management. France and Germany could serve the need better by talking less about new institutions and negotiating watered-down versions of them and pointing to the gains Germany has already made and France promises to make through structural reforms. That way Italy and Greece might make efforts to root out their stifling and inequitable rules and in so doing promote economic flexibility, dynamism, and growth. Then they could meet their financial obligations without EU loans and the German demands for austerity that accompany them.

Milton Ezrati is a contributing editor at the National Interest, an affiliate of the Center for the Study of Human Capital at the University at Buffalo (SUNY), and chief economist for Vested, the New York based communications firm. His latest book, is Thirty Tomorrows: the Next Three Decades of globalization, Demographics, and How We Will Live.

Image: French President Emmanuel Macron waves as he leaves after a ceremony at at the Arc de Triomphe monument in Paris, France, May 8, 2018. REUTERS/Christian Hartmann