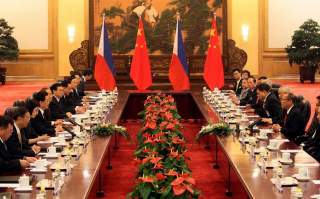 Worst of all, China’s situation is unlikely to improve. The dynamic produced by the interaction of its strategy with those of the other claimants is inherently unstable; countering one provocation merely leads to a greater one somewhere else. At some point, Beijing may find that it must bite the bullet and choose between two extremely unpalatable options: escalating the dispute into an open naval conflict and watching the region unravel, or conceding strategically valuable territory—as Beijing may have offered to do four months ago—and facing potential domestic unrest at home. China will do all it can to defer this choice, but sooner or later, it may have to decide.

Sean Mirski is a second-year student at Harvard Law School, where he is Supreme Court Chair of the Harvard Law Review. He is also the co-editor of Crux of Asia: China, India and the Emerging Global Order.