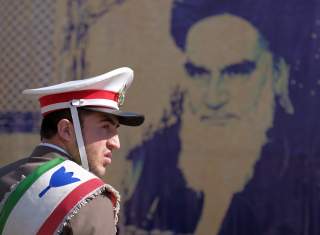 Notwithstanding the president’s mid-December 2018 announcement that “all” troops would be “coming back now,” by early January Bolton stated that U.S. troops would remain in Syria until the Islamic State is defeated and by February the president had agreed to keep about 400 troops in Syria “for a period of time.” Perhaps most notably, the Pentagon also appended the ubiquitous “war on terror” asterisk to the withdrawal, calling for the latter to be “conditions-based”—an increasingly common euphemism for never. As a warning of what this might look like, recall that the United States has been executing a “conditions-based” withdrawal from Afghanistan since 2011. The war in that country is now in its seventeenth year, and may challenge the sad sobriquet owned by the Korean War, long known as America’s “forgotten war.” While the Korean War may have been “forgotten” due to heavy contemporary press censorship, the Afghan war may simply be forgotten due to lack of interest on the part of the American people.

These entanglements, and others, in the Middle East remain a draw on American combat resources that could be used elsewhere, such as to deter another American competitor further east: China. According to Admiral Philip Davidson, commander of Indo-Pacific Command (INDO-PACOM), “China is now capable of controlling the South China Sea in all scenarios short of war with the United States.” Even the caveat “short of war” is now in question. In a recent report from the U.S. Institute of Peace (USIP), a dozen national security luminaries warned that “The U.S. military could suffer unacceptably high casualties and loss of major capital assets in its next conflict. It might struggle to win, or perhaps lose, a war against China or Russia.”

Perhaps the challenge presented by Chinese territorial expansion should be considered America’s most pressing issue? This is not to argue for substituting CENTCOM deployments to INDO-PACOM to face China instead of EUCOM to face Russia, but rather to observe that America perceives military challengers on every front and seems uncertain how to develop a strategy to navigate the problem absent putting a finger in every dike and hoping for the best.

The challenges presented by America’s enemies, both current and potential, are myriad, complex and resource intense. It also seems reasonable to assume that if America were to find itself in an active combat situation with one of the above adversaries, the others would not sit on the sidelines, but rather do what vultures and countries have done through history: exploit the situation for their own interest. Such is the nature of an anarchic international system. As the USIP report cautioned, “The United States is particularly at risk of being overwhelmed should its military be forced to fight on two or more fronts simultaneously.”

FIFTH, GIVEN that America would most likely be fighting on multiple fronts, and without any national service or a draft in support, the words of former Secretary of Defense Donald Rumsfeld are again apposite: “You go to war with the army you have, not the army you might want or wish to have at a later time.” And the army we have is having some recruiting problems. It just announced that it missed its recruiting goals for fiscal year 2018, even after it already lowered the bar earlier in the year and offered hundreds of more waivers for drug and alcohol test failures. If the army we have is unable to grow as much as it would like, it is also staggeringly non-deployable. As then-Undersecretary of Defense for Personnel and Readiness Robert Wilkie testified to Congress in early 2018, up to 14 percent of the military is unable to deploy, meaning that nearly 300,000 personnel may not be available when called upon. And for those that answer the call and suffer as a result, their medical care will be provided by the Department of Veteran’s Affairs, which, according to their own internal rankings, offers some of the worst care for injured troops in the country.

Sixth, perhaps it is the case that fewer Americans signing on the dotted line for national service is, in fact, a correct reflection of the nation’s feelings on the post-Cold War interventionist foreign policy consensus. President Trump ran on what some deemed an isolationist “America First” platform. That obviously resonated with enough voters to earn him the Oval Office. If American citizens are expressing such sentiments, how can this be reconciled with further military adventures such as an expanding military presence in Poland?

Assumptions that Americans are on board with further defense commitments need to be examined carefully. It is worth noting that the majority of fellow NATO members have not been as keen as the United States to continue pressing eastward, especially European Union members who have other concerns about Poland’s domestic political issues. As Harvard’s Stephen M. Walt has noted, NATO “expansion brought in some new members whose commitment to liberal democracy has proved to be fairly shallow.”

Seventh, sending mixed signals internationally confuses allies and enemies alike. A tripwire force in Poland is surely one message meant to convey resolve (and voluntarily entrapping Washington, whose namesake general would blanch at the prospect of such a permanent alliance), but this is belied by a squishier commitment to another NATO country that President Trump has publicly said he wouldn’t go to war over: Montenegro, which coincidentally lies along the same line of longitude as Poland.

But would Washington go to war over Poland? Indeed, the country is more consequential than Montenegro, though defending either one is not particularly in America’s interest. We need to consider such inherent contradictions in our foreign policy and our core national interests as a prerequisite to further defense commitments. Such commitments that were made so casually only a decade or two ago now seem precarious.

FINALLY, RUSSIAN power under President Vladimir Putin has been exercised in an asymmetrical manner, primarily via the use of intelligence, hybrid warfare and information warfare in the context of cyberspace, particularly in the realm of weaponized social media. The obsession with placing, replacing and rotating conventional forces ever farther east shows how little American observers have learned about the methods and strategies Moscow deploys to pursue its national interests in the international system.

Russia—a country with several negative demographic and economic indicators—does not seek conventional military confrontation with NATO, knowing it would lose badly. Instead, it works through proxies and, if Special Counsel Robert Mueller’s indictments are considered, via cyberspace and useful fools. Hardening conventional forces in Poland to deter the Russian threat is no more useful than digging into a fighting position when the enemy is a flood. It simply misapprehends how the enemy will be encountered and gives a false sense of security.

It is hard to see how poking the proverbial Russian bear will be seen in Moscow as anything more than destabilizing and provocative, perhaps inviting further Russian mischief in retaliation. As the authors of the USIP report warned, “it would be unwise and irresponsible not to expect adversaries to attempt debilitating kinetic, cyber, or other types of attacks against Americans at home while they seek to defeat our military abroad.” Given our public and private sector vulnerability to cyber-attacks, we should expect Russia to express its displeasure with continued offensive engagement via asymmetric means in cyberspace. Likewise, China, Iran and even North Korea have shown they are willing and able to counter conventional U.S. military actions through cyber-attacks and information warfare. We must update our traditional conceptions of national security to apprehend that the hackneyed slogan “we fight them over there so we don’t have to fight them here” has become nearly obsolete in the cyber age.

With the president’s announcement on withdrawing from Syria—and similar signals in troop reductions in Afghanistan—it is not clear whether the American imperium will expand or contract globally in 2019. Even if troops do come home from the Middle East, which seems increasingly unlikely because the “conditions” desired are implausible, there are already American troops deployed in Poland on a rotational basis and it seems further commitments are likely in the region. As the 2017 U.S. National Security Strategy makes clear, America has tired of confusing wars in the Middle East and, seeking a more knowable adversary, will now focus on great power competition, such as offered by “revisionist” powers, Russia and China. Yet a foreign policy that shifts from one contested region to another does not address the underlying misalignment at the heart of U.S. foreign policy: a lack of public will and support for excessive deployments abroad, and an outdated view of evolving, contemporary challenges. American global military deployments have been on autopilot for decades (see: U.S. bases in Britain, Germany, Italy and Japan), resulting in an inadvertent but authentic empire that has been garrisoned, policed and patrolled since the early Cold War. It is time for strategic inertia and conventional momentum to be replaced by a sober analysis of the American national interest alongside a reassessment of American popular commitment to empire.