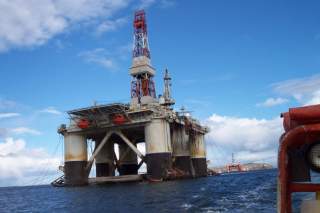 Editor’s Note: The following is an excerpt from Michael Levi’s recent book The Power Surge: Energy, Opportunity, and the Battle for America’s Future, now available on paperback.

Adding up the prospects from all the different U.S. oil resources quickly leads to a conclusion that, in principle, U.S. oil production has the potential for very large gains. But a fundamental question remains: Is this good news just for the oil industry, or could it have much bigger consequences for the United States? After all, oil is special. It evokes intense worries about vulnerability to high prices, hostile foreign producers, and nefarious oil companies closer to home. There is good reason to think that oil is different: if the price of oil spikes, or an oil shortage hits, you have no large-scale alternative to oil-based fuels for your car. Oil has been the subject of frequent fretting since it burst on the scene over a century ago, but contemporary worries can be traced back to the 1970s—those who were alive during the 1973 energy crisis can remember how the U.S. economy was knocked on its back by hostile Middle Eastern suppliers and how U.S. national security was fundamentally undermined as a result. Those who weren’t there to experience it have heard the tales of gas lines and economic turmoil, and drivers all continue to confront the reality of high prices at the pump.

For many people, this is why the promise of a renaissance in U.S. oil looks so exciting. Before 1973, the United States didn’t depend on imports from abroad, let alone from a shaky Middle East. (It imported some oil, but by choice, not necessity; its goal was to conserve U.S. resources for the future.) After 1973, everything changed. “This is the energy equivalent of the Berlin Wall coming down,” says Robin West, an authority on oil markets who served in the Ford and Reagan administrations. “Just as the trauma of the Cold War ended in Berlin, so the trauma of the 1973 oil embargo is ending now.”

It’s a common sentiment. Critics, though, take umbrage with claims that domestic oil production will slash prices, insulate the economy, or transform U.S. national security. In early 2012, Media Matters, a liberal research organization, collected quotes in a report called “20 Experts Who Say Drilling Won’t Lower Gas Prices.” (I made their list, though as you’ll see in a moment, I don’t quite agree.) They emphasize the fact that, as the Congressional Budget Office has noted, “greater production of oil in the United States would probably not protect U.S. consumers from sudden worldwide increases in oil prices,” suggesting the economy as a whole could not be insulated either. And they sharply question the security benefits of greater domestic production: according to the Energy Security Leadership Council, a bipartisan group of prominent business executives and retired military and government leaders from across the political spectrum, “as long as the United States remains a large consumer of oil, no level of domestic fuel production can meaningfully improve energy security.”

Open any Economics 101 textbook and you’ll learn what determines oil prices: it’s the collision of supply and demand. High prices make production more attractive and encourage people to cut back how much they use. If prices get too high, supply outstrips demand, and an oil glut develops; eventually, prices crash. Too low a price will do the opposite, dissuading production while encouraging people to use more oil, which leads to a shortage of crude. Markets eventually settle on prices that avoid both unsustainable outcomes.

This helps in quickly settling one of the battles between oil enthusiasts and skeptics: since oil is traded globally, prices depend on how much is produced in the entire world, not how much is pumped from the ground in the United States. A world where the United States produces ten million barrels of oil every day won’t necessarily have lower oil prices than one where it produces five million. After all, U.S. oil production was higher in 2010 than in 2009, but oil prices were higher, too.

Score one for the skeptics. But there’s less to this victory than meets the eye. If the United States increases its oil production, and output from the rest of the world remains unchanged, total world supply will rise. This means that, everything else being equal, prices will fall below what they otherwise would have been. (If they don’t, people will use the same amount of oil they did before, and all the new oil will have nowhere to go.) The big question is how much.

You might think this would be easy to nail down: figure out the historical relationship between oil supply and oil prices and use it to predict the future impact of producing more oil. The first big problem, though, is that there are a lot of things that influence the price of oil. This means teasing out the influence of new supplies isn’t straightforward. Worse, if the relationships have changed over time, the results are even less reliable. Still, economists have come up with some reasonable guesses—and the implications are striking. A team at the International Monetary Fund recently estimated that a 5 percent increase in world oil supplies would eventually cut oil prices roughly in half. (Even this was a best guess: they gave nearly one-in-four odds of a drop either twice or only half as large.) This sort of change might be produced by an increase of about five million barrels a day in U.S. oil supplies. The possibility of slashing oil prices in half by increasing U.S. oil supplies by five million barrels sounds huge. The problem, though, is we’ve seen only half of the story.

When U.S. oil production rises, other countries’ oil output usually falls. The economic logic is simple: more U.S. oil output means lower prices; lower prices render some oil projects economically unattractive; those will either shut down or won’t reach production in the first place. If the United States increases its oil output by, say, five million barrels a day, this means total world production rises by less. The resulting price drop is also smaller as a result. This is compounded by an even more important dynamic: most of the world of oil production doesn’t work like a real free market. Many countries try to maximize their revenues from oil sales by restraining production and propping up prices. Saudi Arabia, for example, can often profit more by producing less oil. It’s not unreasonable, for example, to imagine that a 50 percent increase in Saudi output would cut world oil price in half. But the net impact would be to slash Saudi revenues by a quarter. It’s no wonder, then, that Riyadh isn’t racing to produce more oil. And things get worse: if several of these “strategic producers” wanting to restrain their oil production can successfully coordinate, the payoff from holding back output rises. This is the goal of OPEC, which still produces 40 percent of the world’s oil, a figure that has swung up and down but hasn’t changed radically for decades.

All of this has a big upshot for the potential consequences of higher U.S. oil production. As U.S. oil output rises, prices are inclined to fall. That’s bad news for oil-exporting countries. In response, some of those countries will tend to try and cut back their own supplies, aiming to neutralize the U.S. boom and prop up prices. This dynamic has the potential to deeply undermine the impact of increased U.S. production on prices. If, for example, a five-million-barrel-a-day increase in U.S. crude output was met with a four-million-barrel-a-day cut in supplies from other countries, the net impact on prices would be slashed by a factor of five.

There is, however, one other tantalizing possibility—and it could mean deeper price cuts rather than smaller ones. Big-enough gains in global oil production could spark a battle among OPEC members and other big producers for market share, leading to a crash in world prices.

To see how this could happen, imagine you’re a strategist for a major member of OPEC, perhaps Saudi Arabia, the United Arab Emirates, or Iraq. Oil production outside the cartel is surging; not only is U.S. production on the rise but so is output from Brazil, Canada, and beyond. You’re worried about falling prices but don’t want to sell less oil. What you’d like most is for others to curb their production; that would keep prices high and spare you the need to throttle back your own output. Everyone else, of course, feels the same way, making this particular outcome unlikely. Your next-best bet is to share the burden of restraint with your fellow cartel members (and perhaps a few others). As new production rises, though, the burden increases too—and although it might be easy to divvy up some minor cutbacks, it’s a lot harder to share a smaller pie.

At some point, discipline breaks down. You lose faith that others will curb their output; in fact, you fear that if you dial back your own production, other members will just raise theirs and steal your customers. Even worse, with falling prices you have trouble meeting your country’s budget. So you turn to a final option: you crank up production in an attempt to sell more oil. The only problem is that several other countries have made similar decisions. Collectively, you flood the market. Prices plummet.