Making the Unipolar Moment: U.S. Foreign Policy and the Rise of the Post–Cold War Order 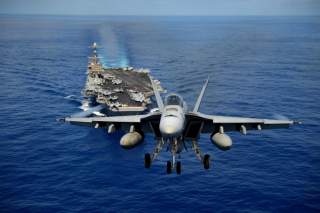 During Reagan’s run for the White House, these proposals invited criticism that he was a reckless ideologue. The charges were misleading, however, for they mischaracterized Reagan’s long-term objectives. “Our goal is a stable peace,” he had said in 1978. “Who has ever met an American who favored war with the Soviet U.?” Reagan himself was appalled by the prospect and worried that an indefinite nuclear standoff might end in catastrophe. It was unacceptable, he said in 1980, that current strategic doctrine required holding “tens of millions of people hostage to annihilation in order to maintain a deterrent.” Accordingly, Reagan actually favored the eventual elimination of nuclear weapons, and he coupled his calls for a military buildup with reminders that true security lay not in the growth but in the ultimate reduction of superpower arsenals. “The nuclear threat is a terrible beast,” he declared, and the survival of civilization required that it be tamed.

Reagan’s strategic goal, then, was not simply to wage Cold War more effectively. What he sought was leverage that would allow him to wind down that conflict on advantageous terms. Reagan calculated that by retaking the geopolitical offensive and maximizing the pressure on an ailing Soviet empire, the United States could compel real changes in Moscow’s behavior. It could force the Kremlin to act with greater restraint and to accept that cooperation— not confrontation—was the only feasible course. Reagan’s underlying concept, he had once written, was that “in an all out race our system is stronger, and eventually the enemy gives up the race as a hopeless cause. Then a noble nation believing in peace extends the hand of friendship and says there is room in the world for both of us.” This idea often resurfaced during Reagan’s pre-presidential years, and after he had taken office, as well. “There was no miracle weapon available with which to deal with the Soviets,” he said in 1981, but “we could threaten the Soviets with our ability to outbuild them, which the Soviets knew we could do if we chose. Once we had established this, we could invite the Soviets to join us in lowering the level of weapons on both sides.” If the United States acted with vision and purpose, Reagan believed, the 1980s might be a transformative decade in the Cold War.