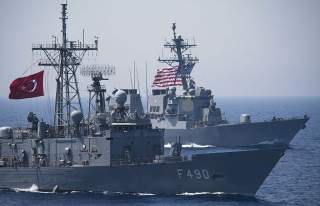 Turkey held its most important referendum in history last Sunday, April 16. President Erdogan’s dream of an executive presidency seemed to come true, as 51 percent of voters said yes. The new president, scheduled to be elected in 2019, will have unprecedented powers as the head of Turkey’s government. However, opposition parties immediately challenged the results, and international monitors expressed their concerns. President Erdogan rejects these critiques, and has dismissed any criticism of his victory. Erdogan was particularly dismissive of his international audience, telling Europe specifically, “We’ll continue on our path. . . . This country has carried out the most democratic elections, not seen anywhere in the West.”

Erdogan’s colorful rhetoric and confident swagger may have something to do with the fact that after the results of the referendum were released but not officially confirmed, President Trump was the first Western leader to congratulate President Erdogan. According to the White House, Trump congratulated Erdogan for his victory and spent forty-five entire minutes discussing regional issues, including challenges in Syria and Iraq. Trump also thanked Erdogan for supporting last week’s U.S. missile attack on Syria, launched in response to a chemical attack by Syrian government forces on Syrian civilians. The exchange has sparked debate in Washington, as many observers suggested the U.S. government should speak up and acknowledge the opposition’s objections and concerns with the results. State Department acting spokesman Mark Toner replied, “We look to the government of Turkey to protect the fundamental rights and freedoms of all its citizens.” While mixed messages are nothing new for U.S.-Turkey relations, the fundamental character and tone of the Trump administration’s treatment of Turkey thus far seems to be different.

It is still too early to judge a new approach towards Turkey from the Trump administration, but after Secretary of State Tillerson’s visit to Turkey, Trump’s phone call and Erdogan’s recently announced visit to Washington in the middle of May, there is a clear need for a coherent U.S. message and strategy towards Turkey. How the interagency will interact with the Trump White House to manage the areas of cooperation and differences, and who will have the most say in foreign policy decisionmaking, are all questions that need to be settled. While Vice President Mike Pence has taken the lead in U.S.-Japan relations, and Jared Kushner has focused on Middle East peace, there is a real question of who within the White House will own the relationship with Erdogan.

Relations between Turkey and the United States have always been dynamic and reflective of the historical moment in time. From the zenith of President Obama’s first trip to Turkey in 2009, where he referred to the U.S.-Turkey relationship as a “model partnership,” to the nadir of the failed July 15 coup attempt last year, where Ankara demanded the extradition of Fethullah Gulen—a U.S. permanent resident since the 1990s—the roller coaster of U.S.-Turkish relations continued to the very end of the Obama administration, and is once again on the move under President Trump.

Even during the most challenging of times, Turkey’s geography and value have always been too great for America to ignore. Considering Iraq, Iran and Syria, to name just the most immediate neighbors with which it shares the longest borders, Ankara sits in the middle of one of the most volatile and strategic theaters for American foreign policy, and has always offered a bastion of stability. Notwithstanding recent domestic challenges, Turkey still amounts to America’s most important regional ally and, particularly in a new era of transactional bilateralism, offers short-term wins for a new administration that may be less interested in long-term grand strategies.

Turkey has been at odds with U.S. support of the PYD and YPG in Syria, which the United States sees as an important factor in combating ISIS. This type of disconnect between two NATO allies has played right into the broader issues in Syria, where until recently Russia and Iran seemed to have the upper hand with their support of Assad. In the wake of last week’s bombing of the Shayrat military base in Syria, Turkey now expects more of the same decisive action, highlighting the power the United States can project in the region.

The real question is the level of U.S. follow-up, and what the Trump administration will do with Turkey’s newfound enthusiasm for its approach—and the unintended consequences that will inevitably follow. Given that Trump does not yet seem to have a consistent foreign-policy approach, or any announced concrete plans on Syria and Iraq, Turkey is bound to be disappointed again. The unpredictable nature of U.S. foreign policy and personalization of U.S.-Turkey relations do not bode well for longer-term success, though a short-term bromance between Erdogan and Trump seems likely.

As the Trump administration’s top foreign-policy priority and campaign promise, destroying ISIS privileges Turkey’s importance. As the only Muslim-majority NATO ally, Turkey remains a strategic ally in the anti-ISIS coalition and is the host to over three million Syrian refugees. Whatever comes after Assad or ISIS will be driven as much from Ankara as from DC.

Recent tensions between Turkey and the European Union have further privileged Turkey’s relationship with America, and its view of the West is becoming more nuanced. Turkey has long seen the West as one homogenous actor that can be blamed for domestic conflicts; Erdogan is now beginning to differentiate the United States from the rest of the West as he finds President Trump’s approach more welcoming. The similarities between the two presidents are more than superficial. Both Trump and Erdogan share the mentality that they should govern their respective countries as businesses. They are both pragmatic and transactional, and they will seek result-oriented policies. Trump and Erdogan’s foreign-policy goals in the region will prioritize security and stability over values and democracy. Both leaders will emphasize the importance of personal relationships, highlighted by the congratulatory phone call this week. At the same time, both Turkey and the United States have similarly polarized domestic political scenes. Foreign policy in both countries, including more assertive roles in Syria, will be driven by domestic concerns and criticisms.

More uncertainties in U.S.-Turkish relations are guaranteed, but Presidents Trump and Erdogan see each other as willing partners with similar enemies, opportunities and shared priorities. In advance of their May meeting, both leaders will seek to find common ground as their domestic opposition will turn their relationship into a political liability on both sides of the Atlantic. The danger will be, as Trump and Erdogan develop their relationship and U.S.-Turkey relations become the primary nexus of Turkey’s “Western anchor” over the EU, that Turkey’s European identity not be irrevocably damaged. Even as EU-Turkey relations are on life support, the EU cannot be substituted, particularly on the domestic and economic fronts for which Turkish business relies upon. In a time of unprecedented global and regional challenges, these two old allies need each other, but also need to look beyond the short term to the longer-term benefits of the “model partnership” that has been articulated but never fully implemented.

Regardless of the new terminology that will emerge about U.S.-Turkey relations and domestic tensions, both leaders must reach back to anchor the security-oriented partnership to deal with immediate challenges while leveraging their economics and values-based societies to go beyond what government-to-government talks can accomplish.

Joshua W. Walker, PhD (@drjwalk) is Senior Vice President at APCO Worldwide, a Transatlantic Fellow at the German Marshall Fund of the United States and formerly worked on Turkey for the US State Department. Selma Bardakci (@selmabardakci) is an Atlas Corps Fellow from Turkey.