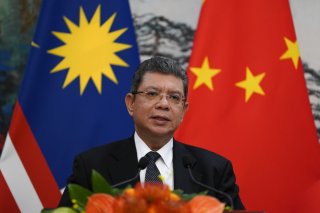 Two dominant mindsets in East Asia undergird the making of national strategies to cope with a more powerful China: deliberative and zero-sum. Strategy rooted in a zero-sum approach is designed with a Manichean outlook to win a competition against the predisposed “evil” China, while deliberative one is intended to recast the China threat as a challenge. Reframing this threat as a challenge enables East Asian policymakers to probe shared interests and values while negotiating limits of acceptable assertiveness with Beijing.

East Asian policymakers’ perceptions are fragmented: they continuously debate the value of giving China room to demonstrate benignity while simultaneously fearing that appeasing a belligerent power might empower it. Given the discourse, the deliberative vs. zero-sum dichotomy should thus be seen along a spectrum. But it is worthwhile to evaluate these two mindsets to understand how they influence East Asian states’ China policies. As a country highly victimized by China’s grey-zone activities, Malaysia offers a significant case of crafting strategy without a zero-sum mindset.

The Pie Is Not Fixed

“Jangan bikin hal,” or to restrain from escalation, is a principle that underlies Malaysian strategists’ sentiments. As became clear to me after interviews with various stakeholders in Kuala Lumpur, Malaysian leaders have tacitly consented to Beijing’s near-permanent presence in its waters while indicating to Beijing what behaviors are unacceptable. This policy exemplifies Kuala Lumpur’s deliberative mindset, where everything, even a state’s authority over its territory, is up for negotiation, and reciprocity is not imperative. There are various ways of achieving goals and offsetting risks without throwing the baby out with the bathwater.

Allowing Beijing to remain in Malaysian waters for the last twelve years has not reduced Malaysia’s sovereignty and authority over its territory. However, it afforded Beijing an opportunity to showcase its strength as a rising power, within the limits set by Kuala Lumpur. This arrangement has not legitimized Beijing’s nine-dash line claim but signals Kuala Lumpur’s recognition of Beijing’s importance. Indeed, Malaysia’s consent is not only contingent on Beijing’s adherence to Kuala Lumpur’s redlines, but also yielded benefits such as economic investments and Malaysia becoming Beijing’s preferred regional partner. Although Malaysian elites have different opinions on how valuable these benefits are, Kuala Lumpur’s actions and rhetoric vis-à-vis China have steered the relationship away from a zero-sum mindset.

The crux of Malaysia’s China strategy is not about invalidating Beijing’s nine-dash line but making sure Beijing adheres to boundaries of action set by Kuala Lumpur, such as the no-forceful interference in its oil exploitation in the disputed area. This adherence is crucial because although the act of restraint does not have to be reciprocal, it has to be mutual: China’s contribution to insecurity at sea could be exchanged with its assistance to bolster Malaysia’s ruling elites’ regime security. As Cheng-Chwee Kuik noted, for Kuala Lumpur, enhancing the political authority of the ruling elite is key, and they would readily deprioritize security concerns, in the absence of profound direct threat, for more pressing items such as economic and diplomatic benefits. Kuala Lumpur draws a distinction between reciprocity, which necessitates both parties to strike an agreement for equality, from mutuality, where both parties strive to find mutually acceptable terms for coexistence. Kuala Lumpur’s primary strategy in the South China Sea is thus designed to offset this risk by making sure its legal position and economic activities are secure while offering Beijing room to roam around the ocean within limits.

The Perils of Fixed-Pie Mindset

Contrast this with the zero-sum mindset that views another party’s gain as directly opposing one’s interest. While it is necessary to stand against China and call out its bellicose behavior, strategists must distinguish the poetry of protest from politics. Speaker of the House Nancy Pelosi’s visit to Taiwan conveyed the U.S. commitment to the region, but whether it is a wise politics is another question. Wise politics entails a clear definition of success, and if Pelosi’s intention was to provoke Chinese anger, she was successful. As Jessica Chen Weiss noted, Pelosi’s visit contributed to a more insecure political climate in the Taiwan Strait: this was an example of zero-sum logic at play as it signaled America’s intent to compete with China rather than negotiate acceptable terms for stability in the region with Beijing.

An inherent danger of protest for the sake of making a point is that compromises become more costly. It is, for example, unclear whether the 2016 Permanent Court of Arbitration Ruling on the South China Sea was an actual victory for maritime Southeast Asian states or a mere protest that reduced room for negotiations and made dispute resolution and enforcing the code of conduct between claimants and Beijing even more difficult because of the sense of finality to the ruling. To save face, Beijing faced pressure to project strength at sea. This example illustrates how a zero-sum mindset funnels strategy into a win-lose perception: (a) the end goal is to humiliate instead of offering room to save face, and (b) negotiations can only begin after mutual destruction or stalemate.

Avoiding a win-lose perception is something that Mohamad Mahathir, Malaysia’s former premier, quickly learned during his visit to Beijing in 1985. Mahathir departed Kuala Lumpur’s China strategy to one that emphasized recognition of China’s importance in gaining benefits, breaking the assumption of a “mythical fixed pie.” This enabled both countries to search for mutual interests and shared values in Southeast Asia.

Crafting Strategy with a Deliberative Mindset

One puzzling aspect of Kuala Lumpur’s behavior is the constructivist approach to China: China is a threat if you make it one. Mahathir’s statement is an example of such thinking: “At the moment, we have not found them a threat to our security. Not yet, maybe later.” The rejection of the China threat narrative continues even as China has conducted grey zone activities in disputed areas and harassed Kuala Lumpur’s oil exploration activities. While resisting the notion that they have a dispute with Beijing over exclusive maritime jurisdiction in the South China Sea, Malaysian elites are restraining the temptation to react. Elites in Malaysia tend to think that Beijing responds when provoked and they believe that a big-picture calculation indicates that Beijing would not jeopardize its valuable relationship with Malaysia. Behind the scenes, some segment of Malaysian elites cautioned that this might be a “dangerously naïve” mindset. Still, the constructivist approach to China dominated and influenced how Kuala Lumpur prepared for Beijing’s encroachments into its maritime jurisdiction.

As the presence of China’s militias is expected, Malaysian force deployments are not intended to deter but to monitor. Some Malaysian official statements have reaffirmed the persistence of the non-militarization policy. On October 17, 2019, Malaysian foreign minister Dato’ Saifuddin Abdullah stated that Malaysia had been consistent in pursuing a policy of “self-restraint” and “non-militarization” in the South China Sea. This policy was reiterated in a parliamentary reply on September 15, 2021, where he explained that Malaysia’s sovereignty over its territory in the South China Sea is secure. A policy of non-militarization involves Malaysia limiting its military deployment in the South China Sea to routine activities such as patrol and surveillance. This non-militarization policy, despite increasing pressures from Beijing, demonstrates how Malaysia’s deliberative mindset shapes the way it calculates risks and mitigates them.

Key states in Southeast Asia are seeking to manage China’s rise and negotiate with Beijing terms for coexistence, which include offering room for China’s expression of strength. Others with a zero-sum mindset viewed the environment as highly competitive. Zero-sum thinking implies inevitability–––there is a grand design of Chinese bellicosity in the region that requires countering; China would eventually take over strategic territories such as the South China Sea and Taiwan or undermine the rules-based order. This sense of inevitability is generated from a line of thinking that attributes China’s assertiveness to a national character.

The divergence of mindsets often creates a clash between countries with dominant deliberative mindsets against those with the zero-sum dominant view. Malaysia and Indonesia, for example, have cautioned about the potential impact of the AUKUS pact in producing an action-reaction spiral. Jakarta lodged a submission to the Non-Proliferation Treaty meeting this year to prevent the transfer of technology involving nuclear-naval propulsion, a noteworthy concern considering that Australia’s ambition for nuclear submarines could provoke other countries to follow suit. Southeast Asian countries are aware that such a zero-sum mindset will contribute to the illusion that they need to choose a side, thereby undermining their autonomy. Moreover, they are also aware that humiliating Beijing further reinforces Beijing’s fragile sense of victimization and engenders more hostile than cooperative behavior.

Emirza Adi Syailendra is a Ph.D. candidate at the Strategic and Defence Study Center at the Australian National University. He is an associate research fellow at the Indonesia Programme of the S. Rajaratnam School of International Studies (RSIS), Nanyang Technological University (NTU), Singapore. He is a recipient of the 2022 ANU Malaysia–Australia Maritime Fellowship.