Manafort and Mueller: The Plot Thickens 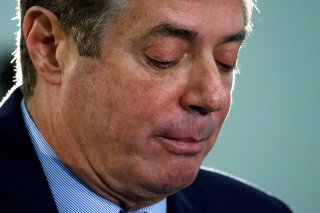 Despite being labeled “public enemy number one,” Al Capone was never convicted for his role as a crime boss. Instead, he finally went to prison on charges of tax evasion and violation of the Volstead Act, the law that brought prohibition into force. It appears that Special Counsel Robert Mueller is following the same script. He has successfully obtained indictments on twelve counts against former Trump campaign chairman Paul Manafort and his associate Rick Gates on charges that include conspiracy to launder money, false and misleading Foreign Agent registration statements, and multiple counts of failure to file reports of foreign bank accounts. While all of these charges are serious, they clearly do not address the primary objective of Mueller’s investigation, which is to identify whether there was any collusion with the Russians to influence the outcome of the 2016 presidential election, and if so, who exactly colluded with the Kremlin.

Manafort served only briefly as chairman of the Trump campaign. No doubt, those whose job it is to defend the president, will emphasize that fact, and argue that whatever crimes Manafort and his colleague may have committed, they had nothing to do with Donald Trump or his victory over Hillary Clinton. Moreover, they will continue to assert that Mueller is biased, and that he is spending far too much time chasing the wild goose of Republican malfeasance and ignoring what they argue are the very real crimes committed by Clinton and her associates.

Yet Manafort surely was aware of all the goings-on that took place during the three months that he chaired the Trump campaign. These may well have included improper links to the Russians, such as those about which a minor Trump campaign advisor named George Papadopoulos lied to the FBI before pleading guilty for having done so. Manafort must recognize that Papadopoulos is merely Mueller’s first scalp, and that others are certain to follow. By obtaining the indictment against Manafort and his colleague, both of whom not surprisingly have plead not guilty, Mueller therefore is in a strong bargaining position by offering to reduce any possible sentence against the two men in exchange for information about who on the Trump team far more senior than Papadopoulos might have been colluding with the Kremlin to disrupt the presidential campaign and even affect its results.

President Trump issued a host of tweets prior to the unsealing of the indictment against Manafort and Gates. No doubt his lawyers are counseling him to refrain from comment now that its details are public. The president would be wise to heed their advice. Any comment that he issues or tweet that he releases is likely to be extremely damaging to his ongoing assertion that Mueller is engaged in a “witch hunt,” since the Special Counsel has already identified three witches and one has been burnt.

The president may also be sorely tempted to fire Mueller. That would be an even greater mistake. In light of both the confession and indictments that Mueller has already brought in, his firing would lead to widespread calls to impeach the president for obstruction of justice. Democrats would certainly do so in both houses of Congress, and Congressional Republicans—already uncertain of their prospects in the 2018 elections due to their inability to produce a major piece of legislation, their internal disputes over a new tax law, and increasingly vocal criticism of the White House by Senators Corker, Flake and McCain—would be hard pressed to look the other way.

Impeachment does not automatically lead to conviction, as Bill Clinton most recently demonstrated, and Donald Trump, a fighter to the last, may well stick to his guns should there be any attempt to remove him from office. Still, such a scenario would drag an already bitterly divided country deeper into the political muck, and further diminish America’s already shrunken standing on the world stage. It is the last thing that America needs.