What Marco Rubio Doesn't Understand about the Middle East 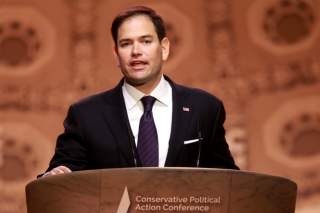 Back in October 2006, the National Security Editor at Congressional Quarterly, Jeff Stein, took to asking national security officials and members of Congress if they knew the difference between Sunni and Shiite Muslims in the Middle East. He wasn’t looking for arcane doctrinal disquisitions, merely if they could say who was on which side and what each wanted. He discovered a sump of ignorance in Washington officialdom on the subject, hardly one of only limited significance to the country at the time.

Willie Hulon, chief of the FBI’s National Security Branch, took a wild guess on whether Iran was Shiite or Sunni. With a fifty percent chance of success, he got it wrong. Republican Representatives Terry Everett of Alabama and Jo Ann Davis of Virginia similarly demonstrated they couldn’t give even a vague description of these two fundamental branches of Islam and which dominated different countries or organizations. Stein revealed the results of his informal poll in an op-ed piece in the New York Times, to howls of derision mixed with expressions of concern.

Two months later, Stein asked the new chairman of the House Intelligence Committee, Democrat Silvestre Reyes of Texas, if he knew whether al-Qaeda was Shiite or Sunni. He didn’t know but speculated that it might be both. Reyes had the spectacle of Stein’s New York Times piece as perhaps an incentive to educate himself on the basics of his committee’s jurisdictional area, yet he still failed this most fundamental of tests.

It could perhaps be considered a virtue of these people that none contemplated running for president. Presumably a run for the highest office in the land would impose a discipline that was missing for mere members of Congress or national security officials.

But now we have Florida Republican senator Marco Rubio, a presumptive candidate for his party’s presidential nomination, demonstrating a similar level of confusion about just what is actually happening in the Middle East. At the Conservative Political Action Conference (CPAC) in Washington last week, Rubio declared that President Obama was withholding the military actions necessary to defeat the Middle Eastern specter of ISIS (also known as the Islamic State or ISIL) because he didn’t want to upset Iran.

The problem with this declaration, leaving aside just what kinds of U.S. military actions Rubio considers likely to succeed and at what cost, is that it is totally ridiculous on its face. In fact, Iran considers ISIS to be a mortal enemy and actually wants the United States and other nations to step up efforts to destroy the radical Islamist force that has declared a “Caliphate” in parts of Iraq and Syria.

Iran, of course, is a Shiite nation, while ISIS is a Sunni organization. Iraq, let’s note, was ruled by Sunnis for centuries under the Turks, the British, the subsequent kings installed by the British, and the dictators who supplanted the kings—all the way down to Saddam Hussein. But, although Iraq was ruled by Sunnis, its population was predominantly Shiite. President George W. Bush and his minions handed Iran a signal victory when they upended the Sunni rulers of Iraq and turned the country over to the majority Shiites. ISIS now threatens to nullify some of that victory by taking Iraqi territory and pushing to take more.

Indeed, the only really serious anti-ISIS forces in the Middle East these days are the Shiite nations Iran, Iraq and Syria (or, more accurately, what’s left of Syria under Bashar al-Assad), along with Hezbollah—all Shiite. If Rubio is concerned about ISIS, he should be thinking about how to harness these forces into an effective fighting force. Instead, he has joined his fellow neoconservative legislators in calling for increasingly intense belligerence toward Iran—even as he beats the drums for U.S. military action against ISIS. His foreign policy motto seems to be: “The enemy of my enemy is my enemy.” Not exactly a brilliant formula for foreign policy success.

Marco Rubio will be 44 years old in May. Though a lawyer, he has spent nearly his entire adult life in politics—first as city commissioner of West Miami; then in the Florida House for a decade, including as speaker; and finally as a U.S. senator since 2011. Not a bad record for a man of his years. But it hardly constitutes anything approaching an appropriate background for president of the United States.

And now we have the spectacle of Rubio demonstrating that in tossing off his speculations on what’s driving President Obama’s foreign policy in the Middle East, he doesn’t know what he is talking about. He has shown himself to be intellectually callow.

This is not to say he lacks intelligence or that he won’t someday be a credible and creditable candidate for president. But that day is far off. The man needs seasoning. He would do himself a great favor if he were to announce he had no intention of seeking his party’s presidential nomination this year and would instead devote himself to becoming one of the country’s leading senators and a man of rare knowledge and stature on the national scene.