May the Force (Not) Be with You: Missile Defense and the Legacy of SDI 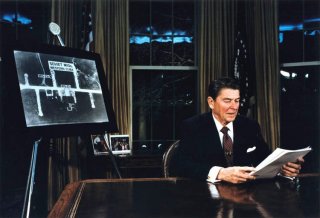 Strategic missile defense suffers from two insoluble, nontechnical problems. The first is that nuclear weapons are so sufficiently powerful that decision makers cannot envision absorbing a strike, or even undertaking risks that might result in the absorption of a strike. No one can imagine sacrificing New York for any imaginable policy goal. The second, related problem is that any adversary worth deterring can take steps that will render the protection of the defense system less than absolute. Secretary of Defense McNamara identified these problems in 1962, and nothing has changed meaningfully since that time.

The United States still lacks a functional national missile defense capable of defeating a determined attack by a sophisticated adversary. Indeed, there is little indication that the United States even plans to develop such a system in the foreseeable future; the United States has attempted to assure both China and Russia that its current NMD can only defeat small, unsophisticated arsenals. What remains on the table are smaller systems, based on theater missile defenses, that can promise to reduce the risk posed by conventional ballistic-missile attacks.

What are the legacies of SDI? The massive sums invested helped to maintain a research infrastructure in the United States that still supports high-tech development, although this also created a self-perpetuating lobby deeply hungry for additional funding. The successor programs to SDI have provided a measure of protection to the United States, its allies and its interests, at the cost of increased tension with Russia and China. Domestically, it has produced a weak, unstable consensus that something ought to be done in service of protection against ballistic missiles, as long as that something doesn’t cost too much or bother too many people. For a program founded on such grandiose terms, this record is uncertain at best, wasteful at worst.