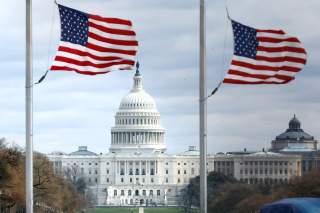 Authentic civilizations have to battle the dangers that threaten to impose a society without a moral foundation. Those dangers come from within and without. There is plenty of ink spilled about how the free world should grapple with the external threats like Russia, China, Iran and Islamist transnational terrorism. Furthermore, the United States is already playing a positive role. Put aside all the Trump hating and you find the nuts and bolts of a U.S. strategy that works to make the world a better place for free societies.

However, there is a far less productive discussion on how to grapple with the internal attack on civilization. Secularism and multiculturalism lead a frontal assault on religion and culture. Meanwhile, popular sovereignty is under siege across the trans-Atlantic community.

The great challenge for the West is having reasonable conversations about religion, culture, and popular sovereignty when the public space becomes toxic the minute these words are mentioned. The discourse instantly floods with those attacking civilizations past and present. If you speak of state sovereignty, you are a fascist. If you talk about culture, you are a racist. If you mention religion, you are a bigot.

This is not just an internal discourse. Russia and China know well the sensitivity these issues raise and are perfectly willing to use disinformation and subterfuge to inflame, obfuscate and confuse the conversation.

The West can't save civilization as a tool as for saving themselves unless there is an honest conversation on how to make Western Civilization stronger and, as well, to promote a productive dialogue with other authentic civilizations.

First, America has to be a strong proponent of state sovereignty, defending the concept of nationalism, particularly with it’s European allies. The United States should stop the last administration's practice of picking winners and losers in internal European politics. America needs to be a faithful strategic partner against the twin dangers to European identity and security—chaos from the South and encroachment from the East.

Third, the Trump administration needs to get its team in place, especially in the State Department. It can’t lead if there is no one at Foggy Bottom to follow.

Fourth, the administration has to continue to walk the walk here at home, with public policies that strongly support religious liberty, constitutional liberties, free enterprise and the American family.

Fifth and finally, American civil society needs to step up and join the fight at home and abroad. Civil society needs to harness its collective good will and energy to build up what can bring Americans and Europeans together and make them stronger. In the end, the best defenders of Western Civilization are its people.