Medicare Will Be Insolvent by 2026—Can America Fix It in Time? 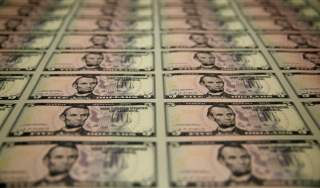 When will America’s Medicare Hospital Insurance (HI) trust fund run out of money to pay all of the promised Medicare benefits? According to the latest report by the Medicare Trustees, without any changes, the fund will be insolvent in 2026—three years earlier than they projected last year.

With just two exceptions, the Medicare hospital program has run annual cash deficits since 2008. It is now projected to continue running these deficits until 2026. The Medicare Trustees coupled this new estimate with the same warning they have issued year after year: that the HI trust fund meets neither the short-term nor the long-term standards of “financial adequacy.”

The report’s warning of pending insolvency has grabbed headlines, but it’s really old news. The United States Congressional Budget Office projected HI insolvency for 2026 back in January 2016. Frankly, for much of the history of the program, the Trustees have routinely warned Congress about the threat of trust fund depletion.

So here is a safe prediction: The HI program will not go “bankrupt.” It has never gone into insolvency over the past half-century and is not likely to do so in the next half-century. Instead, Congress will likely wait until the time gets uncomfortably short, then scramble to do what has always done—shave payments to Part A providers or raise Americans’ payroll taxes. In fact, Congress has raised the Medicare payroll tax (now 2.9 percent of wages) ten times since the inception of the program in 1966.

The HI financial problem is, nonetheless, one crucial marker of Medicare's deeper financial problems, and the Trustees warning is yet another clear signal to Congress and the White House that they need to cooperate and tackle—on a bipartisan basis, if possible—the much larger problem of the relentless growth in overall Medicare spending. The primary driver of that spending is, of course, the large and growing enrollment of the seventy-seven million-strong Baby Boomer generation and the per capita costs of caring for them.

The Congressional Budget Office (CBO) recently foreshadowed the Trustees’ latest concerns. CBO recently reported that Medicare spending will double, from last year’s $708 billion to $1.4 trillion by 2027. That growth will make Medicare the biggest driver of federal health care spending, dwarfing Medicaid, Obamacare subsidies, and outlays for the Children’s Health Insurance Program (CHIP). Furthermore, the Trustees estimate that Medicare spending, currently at 3.7 percent of the Gross Domestic Product (GDP), will rise to 5.9 percent of GDP by 2042. In fact, a more realistic alternative scenario projects that spending to reach 6.2 percent of GDP by 2042.

In short, Medicare spending will grow faster than workers’ wages, the rate of inflation, the general economy and all other health care spending. This massive increase, financed by progressively larger drawdowns of general revenues from the Treasury, will gobble up increasingly large chunks of the federal budget. In this connection, the Medicare Payment Advisory Commission (the panel that advises Congress on Medicare reimbursement) recently observed, "With their reliance on general tax dollars and deficit spending, Medicare and other major federal health care programs have a substantial effect on the federal debt."

Federal entitlements, especially Medicare, are contributing to the return of annual trillion dollar deficits in the near future and the growth of the national debt. The CBO paints a very large and very grim picture. As a percentage of the national economy, the debt is growing. CBO projects that the national debt will increase from seventy-seven to eighty-nine percent of GDP by 2027, and, assuming no change in the current law, the debt will be 150 percent of the GDP by 2047. Ominously, the CBO warns that this would be the “highest” level of debt in American history stating, “Such high and rising debt would have serious budgetary and economic consequences.” In other words, a full-scale fiscal crisis, skyrocketing interest rates, and an economic meltdown.

Tightening Medicare’s complex system of price controls or further reducing Medicare payments to doctors and hospitals is a tired formula for failure—and one that threatens the welfare of Medicare beneficiaries.

Obamacare is Exhibit A as to why Congress should avoid doubling down on this strategy. Under Obamacare, the law schedules hundreds of billions of payment reductions for hospitals, nursing homes, home health agencies and even hospice care programs. According to the Medicare Trustees, however, this guarantees trouble for providers and patients alike: “By 2040 simulations suggest that approximately half of hospitals, roughly two thirds of skilled nursing facilities, and over 80 percent of home health agencies would have negative total facility margins, raising the possibility of access and quality of care issues for Medicare beneficiaries.”

This year, like last year, the Medicare Trustees pleaded for Congress and the administration to work together with a “sense of urgency." They need to resolve the short-term problems facing the Hospital Insurance trust fund, while addressing, carefully and compassionately, the program's long-term financial issues. If ignored, those long-term problems will hurt beneficiaries and taxpayers alike. The sooner Congress and the White House start, the easier and less disruptive reform can be, particularly for seniors well into retirement, who depend upon the program.

Initially, Congress could make changes to modernize traditional Medicare. For example, lawmakers could reduce taxpayer subsidies for wealthy Medicare recipients and phase-out taxpayer subsidies for the most affluent seniors, who do not need public assistance. Congress could also gradually raise the normal age of Medicare eligibility to sixty-eight. Finally, Congress could simplify the complex Medicare fee-for-service program by combining Parts A and B, rationalizing the cost sharing and adding a catastrophic benefit. This would improve the program's efficiency and effectiveness, and guarantee financial security for America's seniors.

For the longer term, Congress, building on the success of the Medicare Advantage and Medicare drug programs, could expand the defined contribution financing system ("premium support") to the entire Medicare program. Intense competition among plans and providers could secure significant savings while stimulating innovation in medical delivery and higher quality patient care.

The Medicare Trustees have, once again, produced an outstanding report, a veritable treasure trove of vital information on the financing and functioning of America’s most challenging entitlement program. It is past time for the Congress and the White House to do their part.

Robert E. Moffit, Ph.D., is a senior fellow at The Heritage Foundation.

Image: Sheets of former U.S. President Abraham Lincoln on the five-dollar bill currency are seen at the Bureau of Engraving and Printing in Washington March 26, 2015. The 150th anniversary of Lincoln's assassination at Ford's Theatre in Washington is April 15, 2015. REUTERS/Gary Cameron