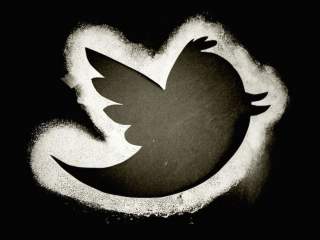 Saudi Arabia is changing, some say. The authoritarian desert kingdom is becoming more responsive to the will of its people and the demands of the global information economy, say others. This idea is rooted in the notion that technology is forcing the austere monarchy to join the Internet age. Indeed, even Saudi Arabia’s oppressive religious police recently joined Twitter.

But, as it turns out, that same police force reportedly shut down 10,117 Twitter accounts in 2014 for “religious and ethical violations” online. Many Saudi citizens have been subjected to harsh sentences for online activism, including by terror courts; blogger Raif Badawi was sentenced to an astonishing 1,000 lashes and 10 years in jail for a conviction just reaffirmed by the kingdom’s top court.

Perhaps the most telling cautionary tale is the case of a Saudi cleric named Saleh bin Awad al-Moghamsy, appointed as preacher at one of the most historic and venerated mosques in the Islamic world: the Quba Mosque in Medina. According to a recent study of influence on social media that looked not just accounts’ number of followers but also the intensity of user actions such as “retweets” and “favorites,” Moghamsy is the single most influential Saudi non-royal on social media.

Perhaps Moghamsy’s most shocking comment was delivered on a Qatari state TV program in 2012, when the cleric ruled that Osama Bin Laden died with more sanctity and honor in the eyes of Allah than any “Jews, Christians, Zoroastrians, apostates and atheists,” whom he described as “infidels.” Indeed, Moghamsy implied that any Muslim dies with more honor than a non-Muslim, irrespective of the individual’s character or worldly deeds.

Moghamsy has a particular penchant for demonizing Jews and Judaism, even claiming last year that “it is well known that the hatred of the Jews for the Muslims is eternal.” Speaking on Dubai TV later that year, Moghamsy further explained that “Allah has told us that the Jews only have jealousy, loathing, and hatred towards the Prophet [Muhammad] and his people.” During last summer’s Gaza war, Moghamsy’s Twitter account stated that “Allah only gathered Jews in the land of Palestine to destroy them.” He has also misleadingly told audiences that, following the June 1967 Six Day War, Israel’s first prime minister David Ben Gurion remarked that “tomorrow we will take control of Khaybar and Yathrib [Medina].”

And though the Jews are among his favorite topics, Moghamsy also has plenty to say about others. He has called Shiites a “misguided sect” and similarly claimed that the Christians have “squandered their religion.” The Christian religion in his view is “falsified and null and void,” and thus he forbids faithful Muslims from felicitating Christians on any of their holidays, for instance wishing them a Merry Christmas.

As for the ideal role of women in society, he has ruled that “Allah created woman as an ornament in the eyes of men.”

None of Saleh Moghamsy’s offensive remarks, not even his controversial Bin Laden comments, seem to have affected his cozy ties with the Saudi royal family, including with Saudi Arabia’s current king, Salman bin Abdulaziz Al Saud.

A mere three months after the preacher outlined his Islamic supremacist views with reference to Bin Laden, Saudi Arabia’s then-Crown Prince Salman chaired a board meeting for a cultural-religious research center in Medina that was run by Moghamsy. Not only did Moghamsy get to participate in the meeting, it was covered by the regime’s state news wire, which mentioned that the cleric presented the country’s heir with a commemorative gift.

Also at the table with Moghamsy for a meeting at the center were two of Salman’s most influential sons: Faisal and Mohammed, the latter of whom is now Saudi Arabia’s defense minister and in line for the throne as deputy crown prince. In 2012 when Moghamsy was hospitalized for abdominal surgery, the cleric thanked Salman for personally calling to “be reassured” on his health.

The following year, Moghamsy organized a cultural festival in Medina as the event’s secretary general. He was photographed at the festival repeatedly with Crown Prince Salman, who patronized the event and brought along his prominent sons Mohammed, Faisal, Sultan, and Bandar. The preacher went on to serve in an advisory capacity to both Faisal, who is the governor of Medina, and to Sultan, Saudi Arabia’s tourism chief. Prince Sultan even took an adoring “selfie” with the cleric last July.

Also in 2013, Moghamsy gave a lecture to Saudi military officers and the public in front of a banner that indicated the event came with the “gracious sponsorship” of Crown Prince Salman. Indeed, Moghamsy’s talk was given in connection to an international Quran memorization fair for military service members sponsored by Salman in honor of his late brother Sultan bin Abdulaziz. The event hosted military officers from twenty-six different countries, not just from the Arab world but also as far afield as Britain and Brunei, and Moghamsy was also chosen to address the summit’s plenary of foreign military officials.

Subsequently, Moghamsy was photographed again in 2014 with Saudi officers, reportedly addressing them as part of the kingdom’s largest military exercises to date, titled Sword of Abdullah. The exercises, supervised by Salman, were the first time Saudi Arabia publicly displayed its Chinese ballistic missiles, considered by some to be too imprecise for any use other than being retrofitted one day to carry nuclear warheads.

Salman recently sponsored the 2015 Riyadh International Book Fair, now in his capacity as king since inheriting the throne. According to the government’s official news wire, this year’s theme was “the book and coexistence,” but wouldn’t you know it, the Saudi picked to deliver the headlining lecture (on coexistence and Islam) was Saleh Moghamsy. Even if Salman did not personally select Moghamsy for the event, the fair was organized by his supposedly reformist ministry of culture and information.

As is suggested by the international orientation of these recent events, Moghamsy’s influence transcends borders. Aided in part by satellite TV channels, guest lectures, and his powerful presence on social media, the preacher has been embraced, sometimes physically, by religious and political elites in all five of the Sunni-ruled Arab Gulf states.

He has been seen holding hands not just with Saudi Arabia’s grand mufti and with the head of its Grand Mosque in Mecca, but also with the relatively young and cosmopolitan Crown Prince of Dubai. Moghamsy delivered the inaugural lecture at the Qatar Foundation’s lavish new Education City Mosque, an event that was attended not just by its sponsor, the Emir’s mother Sheikha Moza, but also Mohammed al-Sada, who is Qatar’s energy minister and OPEC’s alternate president, further underscoring Moghamsy’s clout among top Gulf officials.

In the last two years, Moghamsy has been invited to speak at the state-controlled Grand Mosques of Qatar, Kuwait, and Bahrain, as well as to deliver high-profile sermons or lectures in the UAE emirate of Dubai as part of separate events sponsored by Dubai’s ruler, crown prince, and a wife of the ruler.

As recently as April of this year, Moghamsy delivered a lecture sitting upon a regal throne at Qatar’s Imam Mohammad bin Abdul Wahhab mosque, only weeks after a sermon by another Saudi preacher, Saad bin Ateeq al-Ateeq, who had urged Allah to “destroy” Christians, Alawites, Shiites, and Jews. Moghamsy sat on yet another throne this April at the Grand Mosque in Kuwait, where he thanked Amir Sabah al-Ahmad al-Sabah by name. Highlighting his honorable status in Kuwait, Moghamsy was greeted at the airport upon his arrival to the country at the amir’s honor hall.

At the conclusion of a 2013 sermon at the Ahmad al-Fateh Center in Bahrain, the largest mosque in that country which also houses offices for Bahrain’s Ministry of Islamic Affairs, Moghamsy beseeched Allah to come to the aid of “our blessed mujahideen brothers in al-Sham” and grant them a speedy victory over their enemies. Notably, Moghamsy also asked Allah to bless the rulers of Bahrain, including the king and hardline prime minister.

Afterwards, the preacher was treated to a lunch in his honor by members of Bahrain’s royal family, including a deputy prime minister and the president of the country’s Supreme Council for Islamic Affairs. Ironically, he was praised at the event for his role in spreading “love and brotherhood and tolerance.”

In an era of harsh sectarian warfare and military gains by the Islamic State, the Gulf is desperately in need of more love, brotherhood and tolerance. But achieving this requires America’s Arab Gulf allies to stop granting state privileges to prominent preachers of such obvious intolerance, including Moghamsy. Until they do so, these governments are in clear violation of their explicit commitment to tackle the hateful ideology that fans the flames of conflict that is spreading alarmingly across the Middle East.

David Andrew Weinberg is a senior fellow at the Foundation for Defense of Democracies, where Oren Adaki is a research analyst and Arabic language specialist.