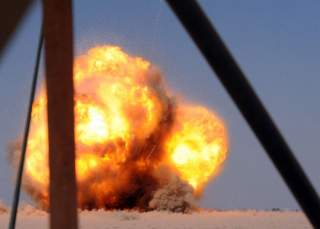 The British nevertheless believed him. The historian David Fromkin states that British officials in Cairo were especially prone to be duped since they, along with Kitchener, regarded themselves as experts on Arab Affairs. In that regard Fromkin states: “A characteristic flaw in the information-gathering conducted by Clayton and Storrs [two British officials in Cairo] was that they frequently accepted information supplied by a single informant without testing and checking it.” Fromkin quotes from John Buchan’s novel Greenmantle to capture the alleged orientalist spirit of British representatives in Cairo: “The truth is that we are the only race on earth that can produce men capable of getting inside the skin of a remote peoples. Perhaps the Scots are better than the English, but we’re all a thousand percent better than anybody else.”

However, British intelligence supposedly did receive confirmation from other sources as this dispatch from the Arab Bureau (for which T.E. Lawrence was working) written in 1916 shows: “Information regarding the then position of the Arab party was obtained from Aziz Bey Ali El Masri . . . Mukhtar Bey in Athens, as well as from various intelligence sources available to the military authorities . . . ” High Commissioner McMahon in a note to British Foreign Minister Edward Grey also states: “The story fits in generally with what was already known to other sources.” What exactly these sources revealed is impossible to ascertain.

Al-Faruqi’s statements had an enormous impact on the British. Gilbert Clayton, director of military intelligence in Cairo wrote a memorandum in which he called him a “leading spirit in the Pan-Arab Party”. He furthermore stressed that Sharif Hussein ’s territorial demands were, as now confirmed by Al-Faruqi, the will of all Arabs. Another British general sent a copy of Clayton’s memorandum to Lord Kitchener with a side note stressing that “a powerful organization with considerable influence in the army and among Arab Chiefs” had decided that the time to act has arrived. Numerous other letters were dispatched all urging the War Cabinet in Britain to act lest the Germans gain the upper hand and the British Empire be confronted by all out Jihad.  The British had to strike “while the iron was hot” as General Wingate emphasized. The deserter Al-Faruqi managed to shake the British leadership out of their Gallipoli lethargy and rally them around his words.

Prior to Al-Faruqi’s arrival Hussein was merely considered one of many warlords from the Hejaz—Britain, for example, subsidized Ibn Saud, one of Hussein ’s most significant rivals—but now he had to be taken seriously as the leader of the recently exposed Pan-Arabian movement consisting of thousands of warriors poised for insurgency. Consequently, in a controversial letter from October 24 1915, McMahon promised Arab statehood to Hussein and loosely agreed to the boundaries—but with a few reservations—that Hussein had proposed in an earlier letter. Al-Faruqi was again the key figure in swaying British opinion. According to a October 15 telegram to British Foreign Minister Gray, McMahon, based on Al-Faruqi’s recommendation, included a slightly altered version of the following sentence in his October 24 letter to Hussein: "In so far as Britain was free to act without detriment to the interests of her present Allies, Great Britain accepts the principle of the independence of Arabia within limits propounded by the Sherif of Mecca;" McMahon replaced “present allies” with “our ally France.”  This phrase was meant to assuage all sides involved; yet it turned out to be one of the most controversial sentences in the entire McMahon- Hussein correspondence, which to many exposed the West’s imperialist double-dealings. Comparing letters written by McMahon to Hussein prior to Al-Faruqi’s arrival Eliezer Tauber comments: “The differences are clear—the arrival of the deserter, Muhammad Sharif al-Faruqi, caused a complete change in the attitude of the British toward Hussein.”

Even more grave misunderstandings arose when Al-Faruqi met with Mark Sykes in November 1915, who made a last stop in Egypt at the end of his fact-finding mission for Kitchener. Al-Faruqi, who previously had been adamant to keep France out of Syria, outlined French influence in the region—specifically interior Syria and Palestine—along with the British sphere of influences in Iraq. This discussion was the impetus for Sykes to commence negotiations with the French Diplomat, Francois Georges-Picot.  Al-Faruqi’s influence was evident since he had consulted neither Sharif Hussein, nor al-Ahd on the subject of postwar European influence in Arabia. Mark Sykes hurried to London to report what he thought to be Sharif Hussein ’s and the Arabs’ position, not knowing that Hussein would never agree to the conditions laid out by Al-Faruqi, which ceded the districts of the Syrian cities of Damascus, Aleppo, Homs, and Hama to the French and Basra and Southern Iraq to the British. Hussein had opposed this allocation of territories in a previous letter to McMahon. Most prominently, Al-Faruqi also pressed for a British invasion of the Syrian coast since only then could the Arabs commence their revolt, which imparted to Sykes an additional sense of urgency.

Hussein did appoint Al-Faruqi his plenipotentiary in July 1916 (Al-Faruqi had introduced himself to Hussein as a special confidante of the British). In his new official function Al-Faruqi continued to further poison the relationship between the British and Hussein claiming for example that the High Commissioner had promised to Hussein the title of “King of the Arabs,” stating the United States opposed a French occupation of Syria, or promising the British that Hussein  could muster 160.000 to 250.000 fighters, all of which turned out to be falsehoods.  By September 1917, the British and Hussein had tired of him, and he was dismissed from the latter’s service.  A French diplomat laconically summed up the reasons for his sacking: “Nonchalance; the British paid him almost no attention; improper behavior; frequent drunkenness, and an Italian mistress.”

On October 24, 1920 Al-Faruqi died when, traveling along the Mosul-Sharqat road, his caravan was attacked by bandits. The mayhem and chaos he sowed lives on.