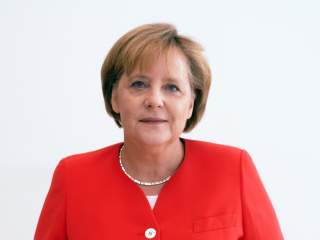 In Goethe’s tragedy Faust, Mephistopheles is asked who he really is. He responds, “I’m a part of every power that always wants evil and always creates good.” The German refugee policy of open borders, epitomized by Federal Chancellor Angela Merkel, has reached the point at which the opposite of this devilish dialectic is occurring. Is the politics of open arms part of a power that always wants good and creates evil?

There can be no question that this past fall Merkel, as she sought to create a “welcome culture,” followed a humane and moralistic impulse. Humanity and benevolence—these were her lodestars. But she also acted as a typical postwar German in an unconscious layer of terms like guilt, sin and historical responsibility. The French philosopher Alain Finkielkraut formulated it thus in an interview two months ago with the prominent weekly Die Zeit: “As the first wave of refugees arrived, the Germans believed that the moment had arrived to cleanse their historical blackmark. They could buy themselves free.” Finkielkraut was heavily criticized in Germany for these sentences. He was, so we were told, practicing historical pathology.

In the meantime, however, the warnings about German refugee policy are becoming steadily louder. And it isn’t simply conservatives or foes of foreigners that are voicing their opposition. Merkel must have particularly noticed the concerns of a group that is close to her heart—Germany’s Jews. Josef Schuster, the president of the Central Council of Jews, said at the end of November: “Many refugees are fleeing the terror of the Islamic State and want to live in peace and freedom, but at the same time they stem from a culture in which hatred of Jews and intolerance are a permanent part.”

Is the German refugee policy promoting anti-Semitism in Germany? Already Jews are leaving Western Europe in record numbers—almost 10,000 in 2015 according to the Jewish Agency. Above all, they are leaving France, followed by Great Britain, Italy and Belgium. Now the wave could reach Germany. But that would be the deathknell for Merkel’s refugee policy.

“I’m incensed by the path that Merkel is following,” wrote Micahel Hasin, a Jew born in Estonia, who now has a German passport and is a lawyer in Hamburg. According to him, “the majority of all Jews and many others whom I’ve spoken with are thinking about leaving.” Israel’s ambassador in Germany, Yakov Hadas-Handelsman, said before Holocaust Remembrance Day on Wednesday, “Many refugees are coming to Germany from countries in which Jews are widely seen as enemies.” Among fleeing Syrians conspiracy theories are swirling around in which Israel is viewed as a supporter of Bashar al-Assad.

Merkel apparently understands how dangerous this connection can become. In her internet podcast this past weekend she espoused a determined battle against anti-Semitism which is much more widespread “than we imagine.” She explicitly referred to refugees “from countries in which hatred of Israel and hatred of Jews generally is propagated.”

Is Merkel the power that always wants good and creates evil? A German chancellor, who is tightly bound to the aspirations of the Jewish community in Germany and who declared that Israel’s security is a German national interest, must do everything to ensure that this dynamic is stopped. A change in her refugee policy is likely to occur.

Malte Lehming is opinion editor of Der Tagesspiegel in Berlin.