Is a Military Conflict Between America and Russia in the Making? 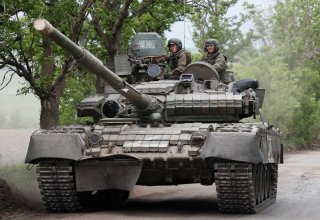 ​There is no certainty what red lines Putin has for deciding to escalate from the limited military operation to a level of “patriotic war.” Tactical setbacks in the Donbas, particularly in the territories occupied by Russia after February 24, would presumably not be in that category, but there remain several plausible scenarios that could trigger a qualitative escalation on the Russian side. Ukrainian officials, for instance, now speak about using new NATO weapons to destroy the Crimean Bridge and even talk of retaking Crimea. In the Russian mind, such a move would constitute a major attack on Russian territory. Then there are Poland and the Baltic states, who view Russia not just as a threat but as a hated monster that must be dismantled or, at a minimum, humiliated, creating an impression that they are almost looking for a fight with Moscow. Having just restricted transportation lines across its territory to Kaliningrad, Lithuania has left the Russian province dependent on supplies by sea. One can easily imagine that if these restrictions continue, the Russian reaction will not be fundamentally different from the U.S. reaction to the Soviet Union’s blockade of West Berlin in 1948. To add fuel to the fire, Polish officials now threaten to restrict Russian sea access to Kaliningrad and have even suggested they may accept responsibility for providing air defenses to western Ukraine. As President Biden himself has observed on occasion, such action from a NATO country could make the alliance a direct participant in the war in Ukraine. Hopes that Russia would then hesitate to proceed with a military response may prove to be wishful thinking.

U.S. intelligence predicted a number of hostile actions on the part of Russia in the lead-up to February 24 that have so far not materialized but may very well be in the offing—ranging from quiet but steady tie-building with hostile countries and movements (such as Iran, North Korea, Nicaragua, and the Taliban) to the development of cyber and nuclear attack plans. U.S. intelligence argues that they have so far not seen Russia engage in nuclear preparations, but it is not clear what kind of preparations they are talking about. If such preparations were easily apparent, Russia would of course be accused of nuclear warmongering, angering not only Western countries but even those otherwise sympathetic to Moscow—among them, China and India. In contrast to American media, where there are regular discussions of the Biden administration’s efforts to conduct hybrid warfare against Russia, you will not find similar detailed discussions in the Russian public space of institutions preparing hostile actions against the United States, similar to the Treasury Department’s Office of Foreign Assets Control. There is growing momentum in Moscow, however, to prepare a list of options for Russia, ranging from economic counter-sanctions to active measures, which could be made available to Putin at a moment’s notice. On the ultimate danger of nuclear catastrophe, the most discussed but least likely scenario is the one sometimes heard on Russian television, where guests—earnestly or in cheek—engage in bombast about using strategic missiles against the United States and annihilating the East Coast. If Russia suffers major reverses that threaten its control over Crimea or Kaliningrad, its ability to export food and energy, or its very financial and domestic stability, the use of tactical nuclear weapons would be right in tune with Russian military doctrine. This scenario would likely be seriously considered by senior Russian officials, many of whom tend to think that U.S. and EU leaders are neither crazy nor willing to risk a full-scale nuclear war over something short of existential interests. Of course, the definition of an existential interest can easily change if nuclear weapons of any yield are involved.

​Given the conflicting objectives of Russia and Ukraine, their contrasting hopes of how the conflict will evolve, and the fluid situation on the battlefield, reaching an agreement at this point remains quite unlikely. Acknowledging this reality does not mean, however, that we should simply settle for a continued shooting war between Moscow and Kyiv, without any meaningful dialogue between Washington and Moscow. The danger today is not a frozen conflict, but a broader conflagration—one that may explode at almost any moment, triggered by an unanticipated event such as the assassination of an archduke in Sarajevo in 1914.

It is one thing to argue that there should be no settlement without the Ukrainian government’s involvement and agreement, but it is another thing entirely to outsource negotiations with another nuclear power to Kyiv. The most fundamental responsibility of the Biden administration is to assure the survival of the republic. The Ukrainians are entitled to wield veto power over any territorial arrangement with Russia, but they cannot—and should not—exercise a veto power over U.S. decisionmaking, including the types and quantities of weapons the United States provides to Ukraine, and even more so, what kind of general relationship (sanctions included) Washington chooses to adopt with the only other nation capable of destroying the United States. Putin has demonstrated that he is willing and able to make ruthless and daring military decisions. His strategic vision notwithstanding, he is also the product of a different political culture and has his own narrative of what has transpired between Russia and the West. That narrative is quite different from the one that prevails in Washington and can bring Putin to reach different conclusions than those widely held in the West. Assuming that Moscow will act upon American definitions of caution could lead to a fatal miscalculation.