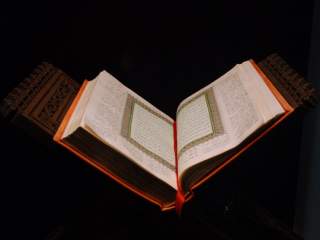 Over the past decade, the prevailing thinking has been that radical Islam is most effectively countered by moderate Islam. The goal was to find religious leaders and scholars and community ‘influencers’—to use the lingo of the counter-radicalization specialists—who could explain to their followers and to any misguided young people that Islam is a religion of peace, that the term jihad refers mainly to the individual’s personal struggle against temptation and for moral betterment, and that tolerance and interfaith cooperation should prevail. The presence of local Muslim luminaries, taking the lectern to announce that what had just happened bore no relation to true Islam, has become part of the ritual following any terrorist incident in a Western country.

As director of the RAND Initiative for Middle Eastern Youth, I was an early proponent of this approach. It assumed two things: first, that because of a lack of education, or poverty or other handicaps, many Muslims had developed an incomplete or incorrect understanding of their own religion; and second, that the extremists were so much louder and had backing from various maleficent sources, and therefore were gaining larger audiences. The task therefore was to help moderate Muslims spread the word. Multiple and expensive programs were launched to fund religious instruction, radio and television shows, community outreach efforts and more.

With a track record of well over a decade, it does not seem as though this is working. Even granted that an undertaking of this magnitude—shaping the way in which a world religion sees itself—takes time, it’s unfortunately more than just a matter of progress being slow.

Incontrovertibly, things are getting worse. We now have ISIS, a magnification of Al Qaeda. We have vicious branches springing up in nearly every part of the world. We have thousands of radical recruits streaming into Syria from Europe and the United States. We have Paris. We have San Bernardino.

Revisiting our ‘strengthen the moderates’ strategy, I now believe that while it was basically sensible, it was off track in two critical ways that could do us in. Our criteria for defining a moderate were too simplistic, and we missed a key concept that arguably should have been our mantra instead: integration.

In our definition of Muslim moderates, we basically only had one red line. If a person disavowed violence and terrorism, he or she was a moderate. But this is not enough. You can eschew terrorism while still harboring attitudes of hostility and alienation that in turn become the breeding ground for extremism and the safe harbor for extremists. What we lumped together as moderates includes what we might better have termed aggressive traditionalists, people who believe that Muslims living in the West must struggle to remain external to Western values and lifestyles, and should owe little or no loyalty to Western institutions and persons. They might be against violence, but they are also against integration.

Consider San Bernardino. Along with grief and anger, many of us felt frankly baffled. Why would a young couple—earning a good income, living in sunny California, raising an infant daughter—do such a thing? How could the husband, Farook, slaughter in cold blood the people who had been his colleagues, had organized a baby shower, had tried to befriend him? His former cubicle-mate relates how he tried to connect with him. Knowing that restoring old cars was Farook’s hobby, he had attempted to engage his taciturn colleague on this neutral topic, only to be continuously rebuffed. Why did Farook hate America, the country of his birth, the country that had taken in his immigrant parents, accommodated his religion by giving him time off to go on hajj, and readily issued a visa so he could bring home his murderous Pakistani bride? “Why do they hate us” – this question marked the popular response to 9-11 on the part of the American public. It was dismissed by the experts as naïve, but it turns out that this question was spot on and needs pursuing.

Farook, we are told, prayed twice daily at a nearby mosque and studied the Quran there over multiple years. His imam has pronounced himself equally baffled by his acolyte’s behavior. The authorities seem confident that the mosque had no connection to the terrorist plan—but still, we have to wonder about all those hours Farook spent there, all the Friday sermons he heard, the atmosphere he must have absorbed. There are only two possibilities. Either this moderate mosque had no influence on him at all, or it contributed in some way—however unintentionally—to his slide into murder.

If we take a closer look at ‘moderate Islam’ we find that one slice of it—the ‘aggressive traditionalist’ slice—incites not violence against the West, but rejection of Western values, modern life and integration. It demands of its followers that they be in the West but not of it, that they maintain emotional, social and intellectual separation. This describes Farook and Tashfeen, who went to great pains to harden their hearts against the people in whose midst they lived.

We can assume that this mindset only leads to further radicalization and violence in a small minority of cases. However, even short of that, a culture of self-alienation has negative effects. It can cause individuals to fail or flounder in their careers, because their standoffishness and self-marginalization prevent them from being true team members. That, in turn, can lead to feelings of anger, disappointment and frustration, as people who have segregated themselves now feel that they are being excluded and discriminated against—a vicious circle.

Divided loyalties can cause individuals to stay silent when they notice suspicious activity in their neighborhood or family or social circle. In recent days there has been much discussion of how we as a society must avoid marginalizing our Muslim fellow citizens. But it is at least equally important to address the matter of the self-marginalization of a particular subset of Muslim fellow citizens.

I will start with some examples from my own doorstep, Northern Virginia. A Muslim American friend of mine works for a social service agency, where it is his task to find jobs for Muslim immigrants, get them off the dole and help them integrate. Regularly, he shares with me his exasperation about the counterproductive advice mosque leaders dispense to his clients. For example, when he finally landed jobs for a group of Somali women immigrants—no mean feat as they spoke almost no English and had few developed skills—the ladies thanked him but said they had to check with their imam. That gentleman promptly nixed their careers in the hospital laundry facility when he learned that they would not be permitted to wear hijab. The pragmatic reason for this rule—flowing fabric would get caught in the machinery and pose a safety hazard– was of no interest to him. Other clients were counseled to refuse jobs at 7-11 (sells beer), as security guards (they would need to trim their beards) and with a moving company (one could not be sure that some boxes didn’t contain alcohol). This has been very frustrating for my friend, the more so because he himself is a scholar and a professor who immigrated from a conservative Muslim country, and he is strongly of the view that none of these pronouncements are even theologically correct.

Maybe it’s just one lone stodgy imam in Virginia? The fact is, we don’t know. Currently in the United States, anyone can register as a non-profit and open a mosque, and anyone can declare himself an imam. And there’s another issue. The current mosque scenery in the U.S. is such that many and perhaps most mainstream, modern-minded and well-integrated moderate Muslims don’t go to them. Ask your Muslim friends about this. They will complain about the pronounced ethnic or national nature of their local mosques, that this one caters only to Pakistanis and is hostile to Afghans or vice versa, or is Arab or Somali and unwelcoming to anyone else. Another issue is that the section set aside for women is often unacceptable and even insulting, little more than a damp basement or a section of the utility room. I myself sat through a four hour fatiha or memorial service in a mosque in New Jersey, where the women’s section consisted of folding chairs in the laundry room, facing the washing machine as though it were Mecca, while the men prayed upstairs in a nice large room on Persian carpets. Modern families won’t put up with this, which helps explain why many attend the mosque only for the unavoidable funeral or memorial observation. It’s not a problem for them; they can pray at home, and marriages are typically held at home or in a hotel anyway, but on a societal level the absence of modern Muslims from the American mosque is consequential. These are the people who could serve as role models and opinion leaders, and as board members exercising ‘quality control.’ Instead, that terrain is left to the ultra-conservative, the old fashioned and the cultural separatists.