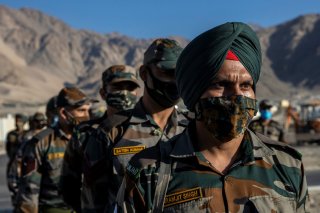 Since their clash at Galwan in June 2020, India and China have engaged each other in several rounds of de-escalation and disengagement talks; however, business is not usual. Despite India’s unease, China has continued to build new settlements in the border areas. Though the recent incursions and confrontations were in the Western sector, i.e., the Ladakh region, expectations of further incursions are also found in relatively quieter border areas such as Arunachal Pradesh. Before Galwan, if any Indian grazer mistakenly crossed into Tibet or vice versa, the border guards did not harass them and, after some routine interrogation, allowed them to return to their respective countries. However, after Galwan, such unintended crossings are treated with deep suspicion and dealt with harshly.

From the Chinese perspective, there are enough reasons to initiate a short and swift military adventure on the border. Bruce Riedel, director of Brookings Intelligence Project and a former CIA officer, suggested in his book JFK’s Forgotten Crisis: Tibet, the CIA, and the Sino-Indian War that China’s top leadership, i.e., Mao Zedong and Premier Zhao Ziyang, were irked with Prime Minister Jawaharlal Nehru and initiated the 1962 war to “humiliate” Nehru and dwarf his growing popularity and stature. Though India was no match for the military and economic power of the world powers like the United States and the Soviet Union, it was fast emerging under Nehru’s leadership as an influential geopolitical actor and leader of the non-aligned world.

Likewise, in the current scenario, China can repeat something similar to 1962 because, under Prime Minister Narendra Modi’s leadership, once again, India is emerging as a global player. Under Modi’s leadership, India has shown firm resistance to China in its salami-slicing type border incursions in Depsang, Doklam, and Galwan and firmly stuck to its ideological standpoint of disengagement from all areas. Also, it has continued to build vital road infrastructure in the border areas. Internally, the Modi government has taken tough decisions like the abrogation of the special status of Kashmir; surgical strikes inside Pakistan-occupied Kashmir; and air strikes on the terrorist camps at Balakot, deep inside the Pakistani territory. Modi’s government further banned Chinese internet-based applications and extremist groups like PFI, and Jamaat-i-Islami. The Modi government has additionally curbed Chinese funding and influence in think tanks, media, and universities and tightened its control over suspicious non-profit institutions and activist organizations by subjecting them to strict legal scrutiny and squeezing their foreign funding. All these measures have severely dented China’s intelligence capabilities and assets in India, which could be used to sabotage any parliamentary law, critical defense project, infrastructure project, and cyber security.

India’s renewed focus on self-reliance in the economic sphere and infrastructural developments are likely to hurt China’s economic and commercial interests in the future. With rapid infrastructure development, India can become a competitive destination for global manufacturing giants. Also, the rigid state surveillance and uncertainties the global corporate giants face in China, and the Western world’s growing mistrust of China, make India an even more favorable destination.

Externally, Modi has taken an independent and principled stand on global geopolitical issues like the Ukraine War, forged strong ties with West Asia, and bagged the G20 presidency for 2023. Also, India’s growing relations with the United States will ultimately strengthen the Quad, China’s nemesis. All this makes China extremely uncomfortable and apprehensive of a stronger India. Hence, Beijing would not want the Modi-led BJP to come back to power in 2024. If Modi is victorious in the 2024 elections, his political position will be much stronger, and it will be extremely difficult to uproot him for at least a decade. In such a long tenure, he will implement an array of structural and fundamental reforms in governance, education, economy, defense, internal security, diplomacy, and intelligence, transforming India into a major global military and economic player antithetical to China’s global ambitions.

My informed interlocutors in the intelligence circles suggest that given China’s world power ambitions, it becomes imperative to dwarf India’s rising global geopolitical footprint, which, in the Chinese perception, cannot happen if India has strong political leadership. Modi’s robust domestic popularity and unending election victories can be halted only with an embarrassing defeat in a military conflict, resulting in a major casualty of soldiers and a loss of territory. Modi’s appeal among Indian voters is his strongman’s image, and that can be shattered only with an embarrassing military debacle. Such a humiliating defeat will also provide much-needed fuel to the demoralized and scattered opposition, desperately looking for issues to puncture Modi’s appeal and credibility.

Another factor that lures China to consider a swift military offensive is that the United States is unlikely to whole-heartedly support India in the event of a military standoff given the current dampening of Indo-U.S. ties over India’s stand in the Ukraine War. There is neither a military alliance between India and the United States, nor has the United States made any overt pronouncements or commitments to India’s defense, as in the case of Taiwan. Engaging the United States in any military or naval confrontation by invading Taiwan may involve China paying a heavy price. The failure of Russia’s Ukraine gamble and the unification of the entire Western bloc against Russia will discourage China from undertaking any such adventure in Taiwan. However, military overtures in the Himalayan region will not invoke such a massive global response.

Additionally, India’s military defeat will send a solid message to South Asia and the powers beyond about China’s proven military superiority over India. Currently, India may not be seen as China’s equal; however, New Delhi is viewed as a rising power challenging Beijing’s influence in South Asia and, lately, to some extent in the global scenario. Yet Galwan, instead of boosting China’s image, dented it. Various foreign and independent sources suggested that forty-five to sixty Chinese soldiers were killed by the Indian troops, which left China humiliated and gasping to restore the lost image. In addition, a military adventure on the border can be a good diversion from the nationwide internal protests. Hence, Delhi must be vigilant and brace for a surprise military adventure in the Himalayas.

The Gamble May Backfire

The most recent clash occurred on December 9, in the Tawang region in Arunachal Pradesh, India’s easternmost state claimed by China. About 300 Chinese soldiers contacted the LAC (Line of Actual Control), which was firmly resisted by Indian soldiers. Both countries have different perceptions of the LAC, the undefined India-China border, of which China takes advantage to conduct frequent incursions in the areas claimed by India. Notably, Arunachal Pradesh was the site of the 1962 invasion. Most of the recent clashes were in the western sector, i.e., Ladakh region, barring the December 2021 clash in the Tawang region. However, Chinese military strategy is deeply rooted in deceit and creating smokescreens. As regards the underlying motives behind these recurring incursions, it can be argued that either China is testing India’s resolve and preparation or simply creating distractions from aggressive force posture in Ladakh and Arunachal, and planning the real attack in a different region of LAC, hitherto unthought and unimagined by the Indians.

However, China’s gamble may backfire for various reasons. India of 2022 is not the India of 1962. India’s 1962 debacle resulted from the flawed politico-military decision-making at the top level and the shortage of ammunition, ration supplies, and winter clothing. This time, the Indian Army is well-prepared, equipped, battle-hardened, and much more professional and disciplined. And finally, given the burgeoning Indo-U.S. ties, the U.S.-led Western block (if not for lofty moralistic reasons, then for purely pragmatic geopolitical calculations), will be standing with India. The entire Western propaganda juggernaut will favor India against China. Even the Russians will not be able to openly support China because of their old ties with India. Perhaps, the Chinese gamble in the Himalayas can become a golden opportunity to halt China’s revisionist and expansionist ambitions.