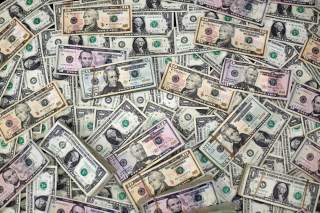 With the Federal Reserve set to ease monetary policy, the goal of the easing has not been intelligibly articulated. What is clear is that the coming rate cuts are viewed as “insurance policies.” But the purpose and goal of the Fed’s insurance policy remains hazy. There are two reasons frequently cited by the Fed. Namely, there are persistently weak inflation and global uncertainties. Fed officials have not agreed on which is the risk driving the shift in monetary policy. While some Fed officials have noted the necessity of sticking to—and eventually hitting or even happily overshooting—the inflation target, others have praised low inflation as victory. There does not appear to be agreement on the topic. On global uncertainty and growth risks, officials tend to caveat the economic weakness globally with strength domestically.

At some point, Fed officials will need to agree on a narrative and stick to it. Will it be global concerns or inflation? The lean seems to be toward inflation, but it is difficult to tell. There is little coherence in the messaging. For now, it is worth parsing how the two differ in the amount of easing required to accomplish the goal.

And it matters which one is the reason behind the cuts.

U.S. monetary policy is currently restrictive. While there has been criticism for the Fed’s final December 2018 rate hike, it was probably the second hike into restrictive territory. The “natural rate”—the level of interest rates that is not restrictive or accommodative—is about 0.5 percent below the Fed’s current rate target. That is not insignificant. The primary takeaway is that monetary policy is working as a brake on the U.S. economy. This is an easy place to start in understanding the Fed’s rate cuts. To go to a neutral policy setting, it requires a 0.5 percent cut in fed funds. If the Fed wants stimulus, then it will need to go further.

The next piece of the puzzle is understanding that the natural rate itself moves. After briefly moving higher in 2017 and early 2018, the natural rate has retreated. A decline in the natural rate is not a new development, and signs point to a continuation of this trend in the near-term. If there is more of a downward movement, additional easing would be necessary in both cases to maintain the level of stimulus or stay neutral.

The primary difference between the two insurance policies is that one is attempting to induce a shift in behavior (inflation) and the other is avoiding a tail risk outcome (global uncertainty leads to U.S. recession).

On the global risk insurance front, a retreat to neutral, non-restrictive policy is all that is needed. Because the Fed is simply attempting to avoid the worst possible outcome, there is no need to be stimulative. So, two cuts are fine. And any slight decline in the neutral rate does not have a significant effect on the desired policy setting.

Taking out inflation insurance is where the analysis becomes more intriguing. Here, there is a necessity to be stimulative to spur the desired inflation pressures. This means that cutting by 0.5 percent is not enough insurance, and a larger policy is necessitated by the goal. Further, with a natural rate that remains in decline, it is likely that not enough inflation pressures would be generated from 0.75 percent in total cuts. Therefore, if the Fed wants a comfortable insurance policy against inflation expectations receding too much, it would necessitate about 4 cuts or a full 1 percent over the next twelve months. That is not an “up to 1 percent.” That is a full 1 percent or more in rate cuts.

Clearly, the Fed’s goal matters. This exercise ignores the interaction of politics with current monetary policy outcomes and does not consider foreign central bank actions either. Partially, this is due to those aspects not mattering much presently. Political interference is unlikely to sway the Fed. And if the inflation narrative is chosen, then the politicians will get their desired “much easier” monetary policy. Not to mention that other central banks are on similar paths to the Fed. The European Central Bank is set to ease its policy further, and this should provide cover for the Fed to reduce rates without being alone.

The Fed will need to decide on its narrative going forward. But if it is inflation the Fed wants, then it is going to have to earn it. A couple of cuts is simply not going to be enough. The Fed needs to pick its policy and stop browsing the options.