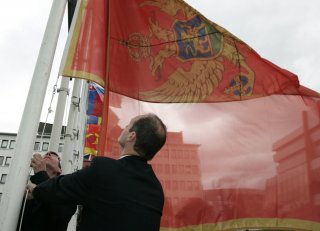 According to recent reports, the controversial highway designed to connect the Montenegrin port city of Bar with the Serbian capital of Belgrade has advanced into its next phase of construction. The government of Montenegro contracted the Chinese state-owned enterprise China Road and Bridge Corporation (CRBC) to construct this highway, which began in May 2015.

Montenegro hoped that this highway would lead to increases in both trade and tourism to help stimulate its relatively small economy. However, as I have previously argued. This contract has been demonstrated to do more than good for the Adriatic republic.

The total cost of the initial phase of this project was estimated at 1.3 billion euros, which is equivalent to one-quarter of Montenegro’s total GDP. In order to cover the costs of this contract, Montenegro took out a loan with the Export-Important Bank of China worth 85 percent of that amount.

Taking out a loan for such a large amount had expected negative consequences, chief among them causing Montenegro’s GDP-to-debt ratio to reach 80 percent. This level of debt has raised serious concerns from observers such as the Center for Global Development, which called Montenegro’s debt problem “enormous” and labeled it as being at serious risk for loan distress and even default.

The implications of falling victim to China’s “debt-trap diplomacy” whereby it ensnares small developing countries into exorbitant amounts of debt in order to use this debt to extract concessions from these countries, cannot be ignored. Such concessions could include forfeiture of the asset after it is built, as happened with Sri Lanka, or a change of the debtor country’s foreign policy in a more pro-China direction, as happened with Panama.

As the highway’s construction moves into the next phase, the Montenegrin government must once again negotiate the financial terms with CRBC. The International Monetary Fund (IMF) estimates that the next phase of the project will cost three hundred million euros and that both of the proceeding two phases will cost less than the first one.

However, the burden of paying for the next phase of the project in addition to the other half of the first phase which has yet to be paid will only greater indebt Montenegro to China as this highway is almost guaranteed to not provide the economic stimulus that the government claims it will.

Before construction, two separate feasibility studies of the project were conducted, and both studies concluded that due largely to a lack of sufficient trade and toll revenue, this highway would not be economically feasible. Without the supposed revenues provided by this highway, Montenegro falling further into China’s debt trap is inevitable.

If the evidence of the negative repercussions of this highway is so stark, then that begs the question: why would Montenegro continue to go through with it? While there was certainly a hope from Montenegro’s President Milo Đukanović that the highway would be universally popular and therefore benefit him politically, it has actually proven to be quite controversial amongst Montenegrins.

Despite this controversy, the highway is still popular with a lot of Montenegrins who not only believe the government’s claims about the overall economic benefits that it will provide but also benefit from the jobs that it creates currently—and here is where the true motivations behind the continuation of this highway lie.

Đukanović has been in power in Montenegro as either President or Prime Minister nearly uninterruptedly since 1991. Over that time, he has developed a very sophisticated and effective patronage network that is centered around himself. Through this network, he is notorious for running Montenegro like a “mafia state” and has even won a tongue-in-cheek award for being the most corrupt politician in a given year.

All of this makes Đukanović’s decision to keep on partnering with China a natural fit, as China’s Belt and Road Initiative’s perpetuation of corrupt political patronage networks, due in part to its lack of a public tendering process for contracts, is well documented. Additionally, while CRBC was contracted to build this highway, the contract stipulates that a third of the work must be done by local contractors.

Due to the opaque nature of China’s financing of this project, Đukanović is able to give the third of the jobs that must go to Montenegrins to those within his patronage network, thus effectively buying support for himself and his regime. While China and Đukanović may greatly benefit from this highway deal, the Montenegrin people will undoubtedly be feeling its negative repercussions for years, if not decades, to come.

Austin Doehler is a visiting scholar at the Penn Biden Center for Diplomacy and Global Engagement. He holds an M.A. from the Elliott School of International Affairs at George Washington University.