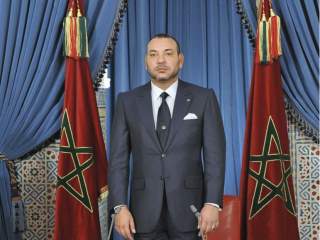 Earlier this week, President Barack Obama met with the heads of the Gulf Cooperation Council in Riyadh under strained circumstances. Concerns are widespread about the historic security alliance between the United States on the one hand and, on the other, Saudi Arabia and its key Gulf allies. Since the aftermath of the Second World War, the United States and the Gulf have worked together to guarantee the sea lanes through which the vast majority of the world’s energy resources travel, and maintain stability in the surrounding countries, which are the most volatile and conflict-ridden in the Arab world. This alliance has been mission-critical in staving off threats to these areas that date back to the early years of Iran’s Islamic revolution, when the Khomeini regime first began to attempt to destabilize and dominate the area.

But there are concerns that this historic alliance may be unraveling as the Obama administration pursues a “strategic rebalancing” in the region that would see the Tehran regime legitimized as a power broker in Gulf and broader Arab affairs. It has become increasingly clear that the recently signed Iranian nuclear deal is meant to advance that goal. These fraught political circumstances are further enervated by new moves in the United States to sue the Saudi government for an alleged role in the September 11 tragedy, which seems to be shifting American public attention away from Iran and toward the debate about the ideological roots and operational dimensions of Al Qaeda’s war on the United States and the American people. President Obama traveled to Riyadh and made further statements to attempt to assure the GCC that the alliance was solid. Whether the visit will achieve this objective remains to be seen.

Another significant presence among attendees at the summit was Morocco’s King Mohammed VI, both a staunch U.S. ally and perhaps the GCC’s closest ally in the Arab world. He gave a speech that received little attention in the West, but ought to: the king has a way of opening windows into a regional mindset that is sometimes difficult to perceive through others’ statements. He has also, in the past, proven to be an asset to both the United States and the GCC in mitigating tensions between the two.

In what seemed in context like an allusion to the apparent American tilt toward Iran and the push to lift sanctions on the country, he said, “We respect the sovereignty of States, their choices and their freedom to establish and promote relations with partners of their own choosing. We are not here to call anybody to account for the political or economic choices they make. And yet, there have been new alliances which may lead to disunity and a reshuffling of roles and functions in the region.” Then, alluding perhaps to Iran’s aggressive military interventionism in Arab societies, he added, “There are attempts to foment strife and create chaos, and no country would be spared. It could have serious consequences for the region, even the world at large. . . . We are facing conspiracies which seek to undermine our collective security. Things are quite clear and require no further analysis. They want to destabilize the few countries which have managed to safeguard their security, stability and political systems. I am referring to the Gulf countries, Morocco and Jordan, which are oases of peace and security for their citizens and a factor of stability in their respective regions.”

The king declared himself to be in solidarity with the Gulf States in their concerns for both the American alliance and regarding the Iranian threat: “To defend our security is not only a shared obligation, but it is also a collective, indivisible one. Morocco has always perceived the security and stability of Gulf countries as an intrinsic part of its own security and stability. What hurts you hurts us, and what affects us affects you.” Americans would not be far off in understanding from this statement that the Moroccan-American relationship stands to be affected in some way by any substantial changes in the alliance between the United States and the GCC.

Finally, the king linked the problems he perceives with respect to the circumstances of the GCC and threats to its security with the festering political standoff to Morocco’s south, between the Moroccan government and Polisario separatists. This month, he noted, the United Nations will hold its annual meetings on the Sahara—and the king is concerned that the issue, which has been used to exert pressure on and “blackmail” Morocco, may somehow exacerbate the tension between Washington and the GCC-Arab bloc.

With fires blazing in from Syria and Yemen and Iraq to Libya—and a fraught political and security situation in Egypt—Washington needs to carefully examine the fallout from the GCC summit in the weeks to come. Both the White House and the political class generally should do its utmost to heal the emotional and political wounds in the U.S.-allied Arab world that have arisen from serious differences in outlook. The Moroccan monarch’s speech, moreover, should serve as a reminder that the North African kingdom, important both to the Gulf states and to the United States, may be able to help facilitate the process of healing that is so necessary.