Morocco's King Is Taking on Corruption 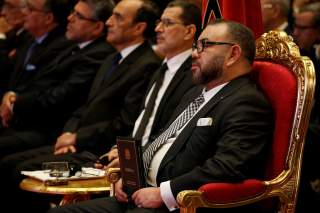 The seven-month protest movement has shaken the northern Moroccan city of Al Hoceima, as a result of the failed policies of former prime minister Abdelilah Benkirane’s Islamist government, has finally led to a real political earthquake. The king fired four key ministers, including the former state strongman, the interior minister. He also banned several senior officials, including two former cabinet members, from holding public office. What happened is not an impulsive act; rather, it is part of a process aimed at building accountable institutions.

The “Hirak,” the protest movement in Al Hoceima, has focused on the unfulfilled promises of a program that was initially designed to make the city an influential hub in the Mediterranean region. Many projects under this program, which fell under the responsibility of several ministers of the former government, were still at their embryonic stage.

The king chose to act within the framework of the constitution. He first expressed his dissatisfaction in June at a cabinet meeting, during which he called for the creation of a commission of inquiry to identify incompetent officials. During his Throne Speech in July, he castigated political parties and public institutions for their inability to meet the needs of the people. Finally, at the opening of the year’s first parliament session, the monarch once again singled out accountability as the underlying principle of this political earthquake.

We are witnessing a true democratic exercise, where the king, as head of state, exercises his powers while respecting the role of all the institutions prescribed by the constitution—particularly Article 47, which names the sovereign as the guarantor of the smooth running of the state’s institutions.

The king initially commissioned an audit, which led to the conclusion that ministerial departments have gravely failed in their mission. While some ministers signed on projects that lacked the necessary logistical and financial resources, others have simply chose to forsake their commitments for petty political calculations.

The king did not stop at these findings; he went on to ask the Court of Auditors, a high judicial institution independent of the executive branch, to determine if instances of misappropriation of funds may have occurred. The report submitted to the sovereign yesterday was scathing. While no misappropriations came to light, the report did document serious cases of mismanagement of public funds.

The king’s forceful reaction toward people considered to be close to him, like the former interior minister and the head of the Water and Power Office, sends a strong political message: any official who does not live up to his or her commitments will incur severe sanctions. It will also push the political parties to select candidates for office on a merit-based system.

The Moroccan parliament, with all its supervisory powers, does not unfortunately yet have the human means to fulfill such a role. It is therefore up to the head of state, using his constitutional prerogatives, to take the lead in establishing rules of supervision and control, as well as the principle of accountability. This will substantially strengthen democracy and democratic institutions.

This political earthquake is a turning point under King Mohammed VI, who, since his enthronement, had laid out a number principles relating to good governance. He directed public institutions to the service of people and the fulfillment of development goals, promoted the respect of the outcome of free and transparent elections, and respected the popular will by accepting a new constitution that broadened the powers of the head of government.

While all these measures did not boost public confidence in core representative institutions, what is happening now should restore the youth and the public’s trust in these institutions, as they have from now on become subject to rigorous supervision.

Image: Morocco's King Mohammed VI (R) attends a signing ceremony with the Nigerian delegation, on the Nigeria-Moroccan gas pipeline project that will connect the two nations as well as some other African countries to Europe, at the King's Palace in Rabat, Morocco May 15, 2017. REUTERS/Youssef Boudlal